We kicked out Zac Goldsmith in Richmond Park — or did we? - GulfToday 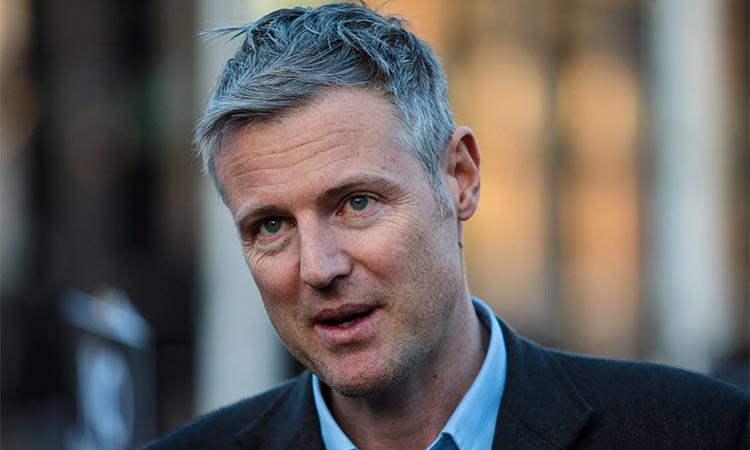 My family have lived in Richmond Park for 20 years and my children have attended our local state schools. I believe in our community and our local politics. But it appears our former MP, Zac Goldsmith, and our prime minister, Boris Johnson, do not.

In making Goldsmith a Lord, allowing him to continue as a government minister despite a thumping loss at the ballot box in Richmond Park, Johnson’s ludicrous branding of this Tory party as the “people’s parliament” is laid bare. The fact that both individuals are on record arguing vociferously against this kind of appointment leaves them no place to hide.

For Goldsmith to be able to sidestep democracy in this way is manifestly an abuse of power and a poisonous example of an old boys network being alive and well. It is taking back control, to coin a phrase, by the landed gentry over the revolting plebs and it should be condemned by every democrat right across the political spectrum.

Goldsmith is also not an expert — one explanation that has been used by some to defend the PM’s poor decision making in keeping him in the cabinet. If the prime minister and his advisor Dominic Cummings really want experts at the table, let them appoint a climate scientist to that role.

Richmond Park has long been a Liberal Democrat/Conservative marginal constituency. There were many among our friends and neighbours who knew that Labour would be a wasted vote but yet could not stomach canvassing for the Lib Dems following their voting record while in coalition with the Tories some five years ago. A few of us resolved to reach out to past Tory voters in our constituency to ask them to withdraw their support at this one election campaign.

We made our own non-party political election campaign leaflet at the kitchen table. It simply laid out facts about what this Tory government has meant to us locally and nationally.

It spoke of five things. First, Brexit: a policy brokered by Goldsmith, Johnson and their fellow Etonian Jacob Rees-Mogg that has paralysed the country for three years. Second, inequality: since 2010 our streets have filled with homeless people, wage stagnation is at its worst level since the Napoleonic era and there has been an explosion in foodbank use leading the Trussell Trust to hand out 1.6 million emergency food parcels in 2019 (1.5 million more than in 2010) — and even local nurses have been forced to rely upon them to survive.

Then we came to public services. Richmond Park is one of the wealthiest constituencies in one of the richest countries in the world, and yet our local schools can’t afford textbooks and our former police station has now been converted into a pizza joint.

Rule of law was also important to us. We pointed out the question of legality of the prorogation (or, as I would call it, silencing) of parliament, the untruths spread during the Brexit campaign, the Conservative press office masquerading as a fact-checking organisation, and Boris Johnson’s failure to respond professionally to questions about the NHS when he was confronted with a picture of a sick boy lying on a Leeds hospital floor.

Finally, the climate crisis — Goldsmith’s supposed area of “expertise”. The UN (IPCC) report states we have just 12 years to respond meaningfully before the world faces a climate catastrophe. The market cannot fix this and now is the time for urgent and massive state intervention on behalf of us all. The Greenpeace review of each party’s manifesto placed the Conservatives second from bottom in their environmental policies, ahead only of the Brexit Party.

We spoke on the doorstep, at hustings and train stations, morning noon and night. We were absolutely dedicated in reaching out to “the other side”, and the anger was tangible. Boris Johnson’s brand of Conservatism was rightly perceived as dangerous in Richmond Park. Those five clear issues we raised were powerful. The election result was not a spot of bad luck for Goldsmith; he was kicked out here for a host of reasons, many linked to both social justice and the environment and, crucially, to his own appalling voting record on these issues both locally and nationally.