Any centrist looking to replace Corbyn has their work cut out 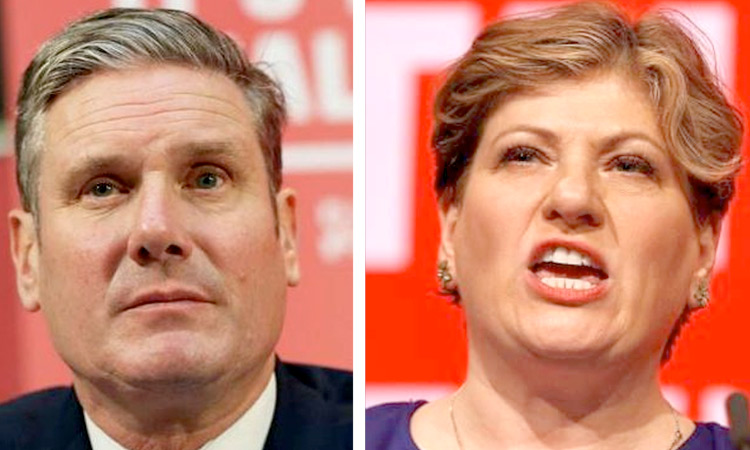 Sienna Rodgers, The Independent
Will the next leader of the Labour Party be a “Corbynite” or a “centrist”? Some may see that as an oversimplification of the question that faces the party currently led by Jeremy Corbyn, but it is the bottom line.

And whether it is Rebecca Long Bailey, whose politics are thought to be most in line with those of the current leadership, or a more Corbyn-sceptic Labour MP who takes over the running of the show depends heavily on the rulebook.

The rules that will shape the process of the upcoming leadership contest are set by annual conference. Until next September, nobody can change the crucial fact that candidates need nominations from 10 per cent of Labour MPs and MEPs, plus either 5 per cent of local parties or 5 per cent of affiliated members, to stay in the race. These requirements, which will be applied for the first time ever in 2020, ensure that a prospective leader has the backing of the grassroots and the labour movement as well as the parliamentary party.

A few years ago, the so-called moderate wing was reassured by the thought that Corbyn could be “the last of the hard left leaders”, as one insider told The Spectator. Few can be expected to lend a candidate their nomination now with the aim of “broadening the debate”, as some MPs did in 2015, after all. But those hopeful Corbyn-sceptics will have been disappointed by two key developments: rule changes and a transformed House of Commons.

Corbyn had to gain nominations from 15 per cent of the UK and European parliamentary labour parties before he could secure his place on the ballot paper in 2015.

This threshold was later lowered to 10 per cent. The adjustment was a compromise between the status quo and the “McDonnell amendment”, as it was known, which sought to cut the minimum Parliamentary Labour Party (PLP) support necessary to just 5 per cent. Finally, extra hurdles were added in 2018 – and Labour settled on the current, more complex, approach.

Labour’s poor performance in the 2019 general election means only 202 of its candidates were elected. But the left of the party can take heart from one aspect of the result: the reduced parliamentary group is more Corbyn-aligned than before. Thanks to defections and retirements, a majority of the 26 newcomers are firmly on the Labour left, with less than a handful thought to be firmly opposed to the current party leadership.

This helps make a Corbynite successor more likely. With a stronger left bloc in parliament, as well as left-leaning Labour members and the likely backing of Unite, potential candidate Long Bailey is set to have no trouble reaching the nomination threshold. Others will struggle. Before they even reach the wider membership vote, contenders such as Keir Starmer, Emily Thornberry, Clive Lewis, Lisa Nandy and Jess Phillips will be fighting to win the support of other vital components of the party.

Starmer and Phillips have formed strong relationships within parliament, which means nominations from their colleagues won’t be too much of a stretch.

A wide array of candidates had been expected in Labour’s post-Corbyn leadership election thanks to a lower threshold. But the additional hurdles agreed in 2018 are set to have a significant impact on the race. Empowering local parties and affiliated unions means those who cannot obtain breadth of support will be knocked out before they make it to members. Any centrist who wants to nab the top job in Labour and change the direction of the party has their work cut out.