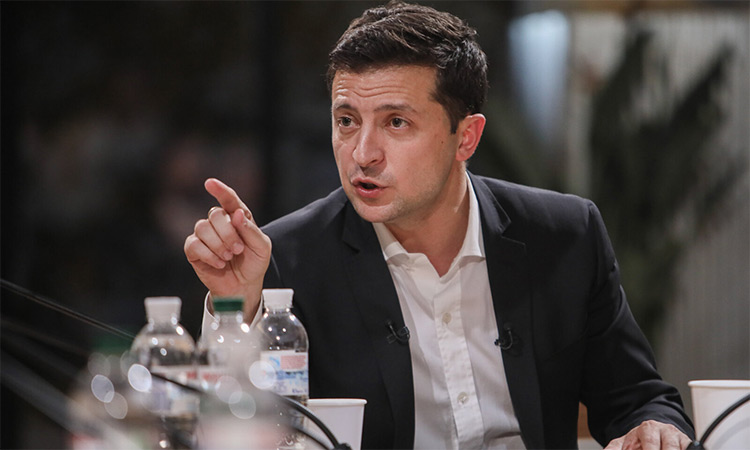 The push to impeach President Donald Trump ended with back-to-back votes in the House of Representatives, but many unanswered questions remain about the Ukraine scandal that set it off.

Congressional investigators, journalists and prosecutors are still chipping away at a scandal that remains mysterious despite wall-to-wall media coverage. Academics will likely mine government archives for decades to complete the historical record that has been kept under wraps by the White House.

The Senate is not expected to help during its trial of the president, which could happen next month. Republicans who control the chamber have resisted Democrats’ calls to bring in additional witnesses, meaning senators will probably make their final decision on whether to remove the president based on an incomplete picture.

The situation has frustrated Democratic leaders. They find themselves stymied by Trump, who has successfully directed top administration officials to ignore subpoenas and withhold thousands of documents.

“I think the American people deserve a full accounting, even though the evidence of the president’s guilt is already overwhelming,” said Rep. Adam B. Schiff, who led the impeachment inquiry as chairman of the House Intelligence Committee. He added, “The additional meaningful investigative work that we have already identified could take years if the president continues to stonewall.”

The broad strokes of the controversy are known, due mostly to Trump’s decision to release a White House memo summarizing his July 25 phone call with Ukrainian President Volodymyr Zelensky. During the conversation, Trump asked Zelensky to launch two investigations that would benefit him politically. One involved a false conspiracy theory alleging Ukraine’s election interference in 2016; the other targeted Joe Biden, the former vice president vying to be Trump’s Democratic opponent in 2020. At that same time, Trump had ordered a hold on nearly $400 million in military aid that Congress approved for Ukraine.

Yet there are still many holes, and “we’d like to know what really happened,” said Rep. Eliot Engel, chairman of the House Foreign Affairs Committee. For example, where did Trump originally learn the conspiracy theory that Ukraine opposed his election?

A Washington Post report suggested the source might have been Russian President Vladimir Putin, as part of Moscow’s effort to deflect from the US intelligence community’s conclusion that Russia interfered in the 2016 campaign to boost Trump’s candidacy.

Who is paying Rudolph W. Giuliani?

Trump’s personal lawyer is known for his expensive lifestyle, but he’s been advising the president for free as he digs for political dirt in Ukraine, including multiple overseas trips. He’s reportedly under investigation by prosecutors for the Southern District of New York in Manhattan, an office he once led as US attorney. Two Soviet-born businessmen who were working with Giuliani have already been indicted.

Why was military aid to Ukraine held back, and why was it released?

Trump allies have claimed the president halted the congressionally mandated assistance in mid-summer because he was concerned about corruption in the Eastern European country and wasn’t sure Zelensky could be trusted. Yet they haven’t been able to point to anyone other than his domestic political enemies that Trump wanted investigated.

Democrats say the goal was to pressure Zelensky, who counted on the aid to fight ongoing Russian aggression against Ukraine, to open the investigations that Trump wanted. However, they’ve been unable to find firsthand witnesses who can confirm a connection, and Trump has blocked his aides who might provide such information from testifying.

The aid was ultimately released in September, after Trump had learned that someone in the intelligence community had filed a whistleblower report complaining of the president’s comments in his phone call with Zelensky, and that the Democratic-controlled House was aware of the complaint. Trump’s allies say the aid was released because Zelensky signed anti-corruption reforms into law.

Answering these questions would likely involve speaking to people who have refused to testify so far.

Mick Mulvaney, the acting White House chief of staff, is at the top of most Democrats’ witness wish lists. He is privy to much that involves Trump but also runs the budget office that handled the military aid for Ukraine. Yet he’s ignoring a congressional subpoena. Several witnesses testified that Mulvaney, at Trump’s direction, ordered the hold on the money. Mulvaney, trying to defend Trump in a news conference this fall, confirmed the connection between the aid and investigations, telling reporters, “Get over it. There’s going to be political influence in foreign policy,” before walking back his comments after an uproar.

“His hand was kind of everywhere in this episode,” said Rep. Gerald E. Connolly, a member of the House Oversight Committee. “And I think we don’t know enough about that yet.”

Another key figure is John Bolton, Trump’s former national security adviser. Testimony from other current and former officials indicated Bolton was upset by the president’s handling of Ukraine. He’s stayed tight-lipped, however, even as he and his lawyers have hinted that he has information Democrats haven’t seen yet.

“Although I have a lot to say on the subject, the prudent course for me is just to decline to comment at this point,” Bolton told NPR in an interview this week.

Democrats are contemptuous of Bolton’s decision, especially because he’s inked a book deal instead of testifying on Capitol Hill. “You know he’s saving all of his information for his book obviously, but that’s unfortunate, because we think he has a lot to share on this and would add a lot of clarity to what the president knew and when and what the president ordered with respect to the aid to Ukraine,” Rep. Pete Aguilar said.

Republicans have repeatedly accused Democrats of conducting a slipshod investigation in their rush to impeach Trump, pointing to holes in their case. But Democrats say they’re confident of the president’s guilt, and they believe his decision to block people from testifying is only further evidence of his wrongdoing.

The Ukraine scandal has been notable for the speed in which it unfolded. Once the existence of the whistleblower complaint was revealed three months ago, it became public less than a month later, along with the memo summarising Trump’s call with Zelensky. Trump has admitted to key elements of Democrats’ allegations, though he denies any wrongdoing. And Giuliani continues to grant interviews in which he sheds more light on the scheme, to the chagrin of many in Trump’s circle.

Yet it could still take years, if not decades, to get a more complete picture, if previous scandals are any indication.

For example, President Richard Nixon resigned after the Supreme Court forced the release of Oval Office recordings revealing he had ordered the cover-up of an attempted burglary at the Democratic National Committee headquarters at the Watergate office building. More of the recordings remained under wraps, only trickling out starting in 1996 — two years after Nixon’s death — thanks to a lawsuit.

Only then did the late Stanley Kutler, a historian who studied Watergate and fought for the tapes’ release, find one in which Nixon told his aides that the burglars “have to be paid.”