Democrats could share the same fate as their UK friends - GulfToday 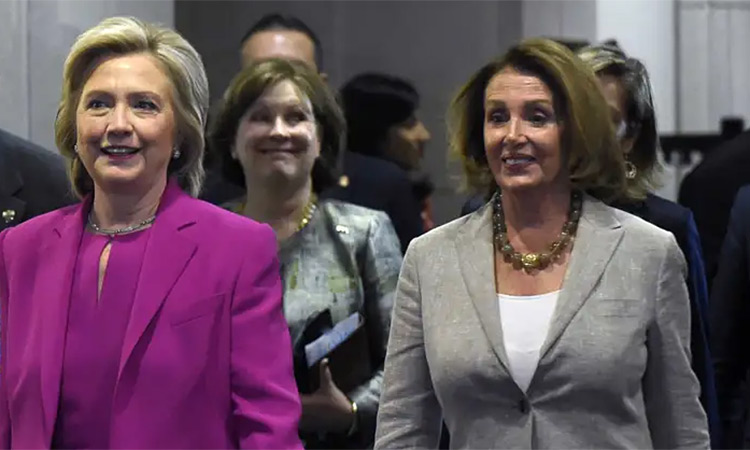 Everyone seems really eager to confirm that impeaching president Trump was the right thing to do, but no one asks: what’s next? Look no further than what Boris Johnson has achieved in the UK, and you will grasp what might be coming in the US. Impeachment is set to win Trump the 2020 presidential elections.

I hear you saying the US is different. The voting system, the priorities of the people, the partisan politics and, above all, the political culture. That’s absolutely right. But does that most certainly mean that the outcome must be different? I very much doubt it.

Impeaching President Trump may be the right thing to do in the presence of such compelling and substantial evidence of the abuse of power and obstruction of congress, and many more.

Most fact-driven people, with a little bit of sanity, know that Trump should have been removed from the White House long ago, let alone giving him the chance of being there from the beginning. But, just like Brexit, impeaching him now will be followed by an equally substantial rise of the far-right nationalism posing an unprecedented threat to the liberal democratic system across the western world.

The irony is that it all starts in the UK. The British majority unexpectedly voted for leaving the EU in February 2016, followed by Trump’s rather jaw-dropping victory in the elections held in November the same year. Now, Brexit will most likely be carried out officially by the beginning of 2020, and Trump (this time unsurprisingly) might win the elections at the end of the year.

The political shock and awe seen in 2016 will not be present this time because the impeachment saga will feasibly hit the Democrats and bolster Trump’s legacy.

Hilary Clinton, and now Nancy Pelosi, were not yet ready to understand what had really happened or how the electorate across the party divide perceive the liberalism they supposedly represent. And more importantly, how the right (far and central) is swiftly winning the hearts and minds of the liberal traditional voters.

This happens because the right extremism seems, sadly, on the right side of history.

Nancy Pelosi did the right thing by laying the case for Trump’s impeachment in the House of Representatives, just like Jeremy Corbyn when he promised a referendum to let British voters decide on the final withdrawal agreement with the EU. But whatever the morals over this, the right thing in politics sometimes doesn’t take you anywhere.

The fundamental change that liberals look unable to grasp is the people’s scepticism of the liberal democratic order that has prevailed across the Atlantic and dominated the greater west since the end of the Second World War. Democracy, in its current worn-out condition, is broken. People are struggling, from Chile to Hong Kong, to find a more effective alternative that represents their 21st-century aspirations. It is a struggle that is likely to keep blistering throughout the next 50 years.

In the Anglo-Saxon world, people look at the socialists and democrats as the gatekeepers of this liberal democracy. Many of them don’t want to hear tirades about old fashioned socialism or free broadband. They seem more ready to give their ears to Boris Johnson’s false claims about recruiting 50,000 nurses and building 40 hospitals or his gawky battle cry of “make Britain great again.”

It might be the left-leaning columnists and another punch of loud socialists on Twitter that propped up Bernie Sanders’s candidacy as a serious concurrent for the presidency. But people in the US, too, don’t seem very fond of “democratic socialism” or Bernie’s “New Deal” politics.

The Democrats are effectively riding the same Labour and Lib Dem train and hoping to reach a different destination. Unfortunately for them, history works in a more predictable way.