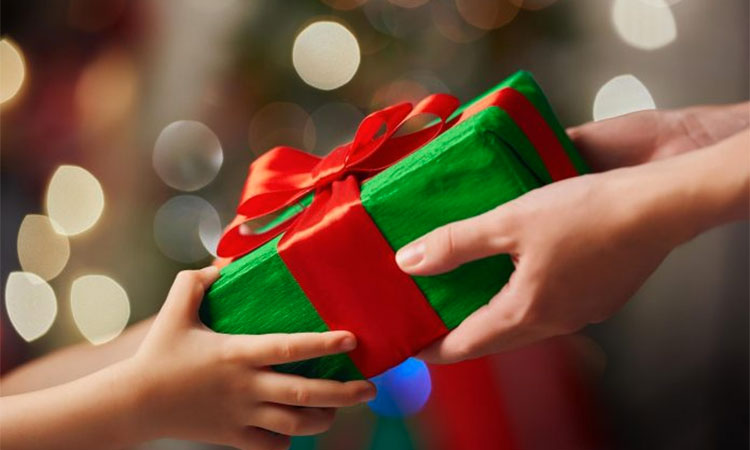 Economists remain split on the idea that giving specific gifts represents an inefficient use of money.

It’s the most wonderful time of the year – and for many, the most expensive. There’s certainly pleasure in giving gifts, but are we any good at it? Many economists think not.

It started in 1993 with a journal article by economist Joel Waldfogel, in which he argued that gift-giving results in a lot of waste, because the giver is not perfectly informed about what the recipient wants. To test his theory, he conducted two surveys among Yale undergraduates: in the first, respondents were asked how much they would pay for last Christmas’s gifts (the students were told to exclude sentimental value); in the second, how much they would accept in lieu of the gifts. Waldfogel found the respondents valued their gifts at between 10 per cent and a third less than what they actually cost. Further surveys by Waldfogel confirmed his theory, revealing that people value the items they receive about 20 per cent less than the items they bought for themselves.

Taking global spending on Christmas presents, Waldfogel deduced that the 20 per cent of unappreciated value totals around $25bn. In other words, we waste $25bn on unwanted Christmas presents every year. In Waldfogel’s view, this has real economic consequences. “I don’t think all of that [money] could even conceivably be saved for better uses,” he said in 2009, “but I think a fair bit of it could. Even a small fraction of that could make the world a better place.”

Economists remain split on the idea that giving specific gifts represents an inefficient use of money and that giving cash would be better. However, the environmental impact of buying all those manufactured goods – some of which end up unused – is indisputable.

Is the answer to give up on Christmas presents altogether? Some families are doing exactly that. But there are other solutions.

In a 2009 paper, Lydia Yao argued that gifts have a sentimental value, measured by the time and energy spent on picking them. She showed that people often choose to give non-monetary presents in order to signal to the recipient that they exerted this effort. That can include spending time with the recipient to get to know them, being perceptive about what they might enjoy, or contacting friends or relatives for ideas. Waldfogel agreed with this logic. “I think the thought is very important,” he said in a 2013 interview. “The thought doesn’t need to be communicated with a lot of money.”

Another approach, then, could be to spend a little but do a lot of thinking.

Incidentally, expending a lot of effort can make the gift more valuable to the recipient than its actual cost. If, for example, the giver knows what kind of thing the recipient wants, then takes the time to look for the item, part of the gift’s value is all the searching the giver has done so that the recipient doesn’t have to; the giver may even choose a better gift than the recipient would have themselves.

A third approach is to give experiences rather than things. Provided they are carefully chosen, such presents can bring more pleasure to the recipient than a material gift. That is because in the west, as consumer goods have become cheaper relative to incomes, we are now more likely to already own most of the things we’d usually receive as gifts. Meanwhile, services – such as theatre performances – have become more expensive and so more of a luxury.

In the UK, for example, salaries have grown by 2.9 per cent on average per year since 2001. That it slower than the 3.1 per cent average rise in the prices of recreational and personal services, while the prices of clothing, shoes and recreational goods have fallen. A famous theory by the late American economist William Baumol, known as Baumol’s cost disease, explains why this divergence in the inflation rates of goods and services exists, but the main point is that it does.

A fourth, albeit more difficult, approach is to give a gift the recipient has no way of acquiring themselves. One way to achieve that is to spend the kind of money the person would never spend on themselves. A less expensive alternative would be a gift from abroad or made by hand.

But perhaps I shouldn’t be giving you this advice. After all, Waldfogel has said that “the main effect of having done this work on gifting is that I receive a lot fewer gifts”. If the same now happens to me, I guess I’ll have no one to blame but myself. 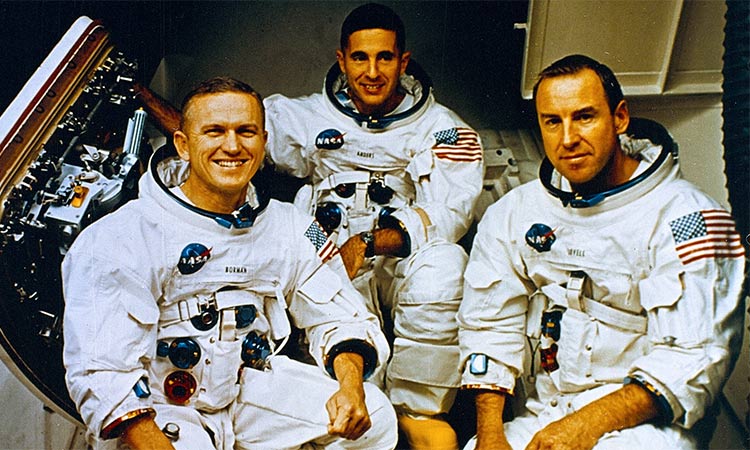 Apollo 8 gave us a Christmas to remember

“In the beginning, God created the heaven and the earth. And the earth was without form, and void; and darkness was upon the face of the deep.” So began the momentous 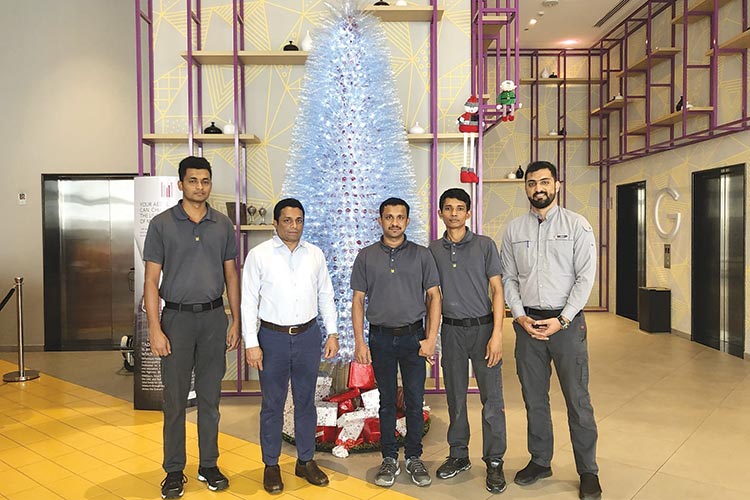 A Christmas tree with a difference

This Christmas Studio M Arabian Plaza Hotel & Hotel Apartment has taken a page out of its sustainability book and has built an eco-friendly Christmas tree. This chic urban hotel has diligently maintained its oath to sustainability and built a Christmas tree out of over 1200 used water bottles. 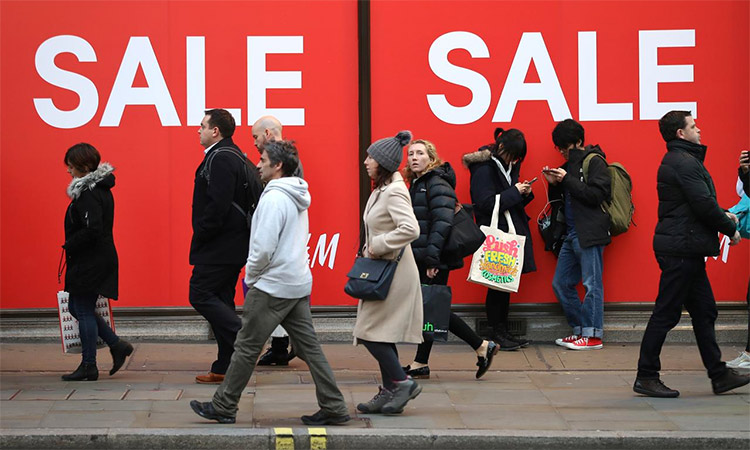 Quite a few of us will have been panic-buying Christmas presents over the past week. Around a third of that last-minute shopping will be online, with many buyers shelling 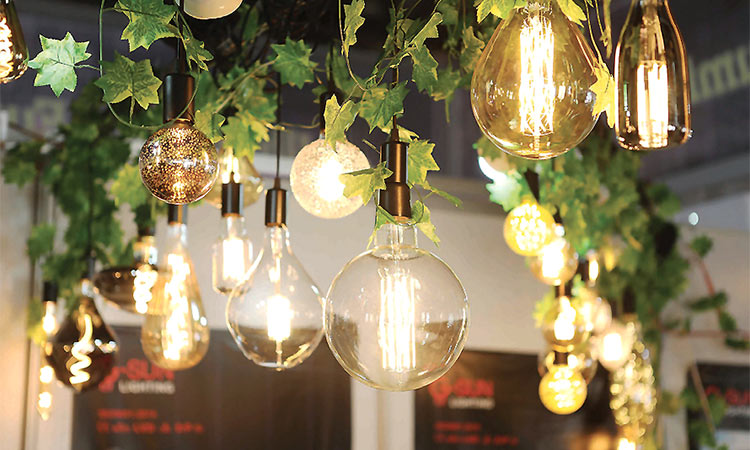 The winter vacations have already started and the festival mood is gripping everyone regardless of any excuse. The festival season in the country is bundled with the Christmas, the winter and chiefly the month-long shopping and entertainment season, the Dubai Shopping Festival, starting this weekend. 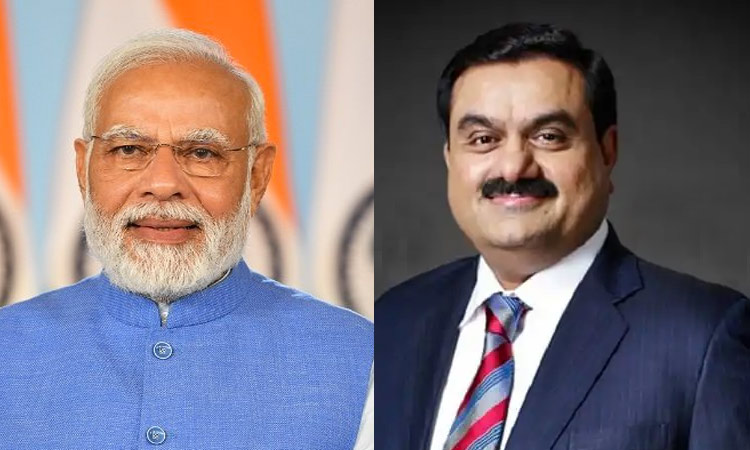 The Modi establishment faced a double whammy as India was celebrating Republic Day last week. Even as it was trying to contain the fallout of the British Broadcasting Corporation’s documentary “India: the Modi question”, the US activist group Hindenburg Research shook the business empire of Gautam Adani to

They appeared from nothing, taking over our social media feeds, marching forward like mindless zombies, but much more attractive, with their advice on Bitcoin, which restaurants to be seen at, and the best choice of nappies for newborns and on rare occasions a hashtag that admitted they were paid for their wisdom.