Do EU migrants still have a role to play in Brexit? - GulfToday In the 1800s London hosted and shielded many European revolutionaries and republicans after their failed revolts in France, Germany, and Italy. There was, in some ways, a sense of reciprocal admiration, solidarity, and transnational community. That was indeed a long time ago.

This mutual respect and affection has been eroded since the Brexit referendum and its anti-European propaganda. And there are no signs things will improve now after the Tories won a huge majority in last week’s general election. During his election campaign, prime minister Boris Johnson used the usual dog whistle politics of contemporary demagogues such as Italy’s Matteo Salvini and Donald Trump, and reactivated the kind of anti-immigrant rhetoric which can lead to worrying outcomes.

Durham University’s Thom Brooks suggested Johnson was “playing with fire” by possibly stirring up a sense that the UK is under threat from hostile migrants. The fire is still there but a discussion of this xenophobia almost disappeared entirely after the election.

Instead European citizens have to hear that Labour should pay more attention to a number of “patriotic” constituencies in the north of England or how leading activists are now opposing a Final Say vote because it didn’t respect the referendum result. Similarly, Vince Cable wrote that “the policy of revoke” supported by his openly anti-Brexit Liberal Democrats, was a mistake as it “struck many voters as undemocratic”. Even worse, a Telegraph commentator, claimed how Johnson is a “liberally-minded” politician, ready to “occupy the new centre” and able to “unite the country on immigration”.

Wake up. This line of thinking dehumanises migrants, promotes a vision of one’s own history as unique, and puts too much emphasis on the strength of national policymaking. These fantasies are possibly based on the absurd notion that “the United Kingdom has developed in a distinctive way”, with no strong nationalism, fascism or antisemitism.

Yet, such readings overlook the rise of English nationalism, Islamophobia, the deportations of British citizens (Windrush scandal), the hostility that has developed towards migrants, a growing sense of isolationism and the lurch to the far-right in British politics.

The absurd self-portrait of a country which claims to represent the western of model for liberal democracy doesn’t have many fans on the continent. Talk to people in Brussels and other European cities and you’ll hear a far less flattering narrative about the English political elites and the state of the British political system. Recalling Britain’s old democratic traditions is not working anymore. A champion of right-wing nationalism and populism, a politician refusing to be interviewed, lying, attempting to close down parliament, and making xenophobic comments, is running the show. But Johnson is only the tip of the iceberg.

Let’s examine the 2016 referendum. It was a textbook example of problematic propaganda and the use of false claims and promises to mislead an already confused public. Some media contributed to misrepresenting the reality while shaping an anti-EU public opinion and scapegoating European migrants. Add to this, the role played by Cambridge Analytica and the use of personal Facebook data.

There is also another sad side to this story. Throughout all of these events, anxiety among Europeans has largely been ignored by the media, employers, and neighbours. For example, the government’s announcement that they would end free movement for EU citizens living in the UK immediately after Brexit resulted in a huge amount of stress. It’s a policy that will affect children and the most vulnerable people the most. 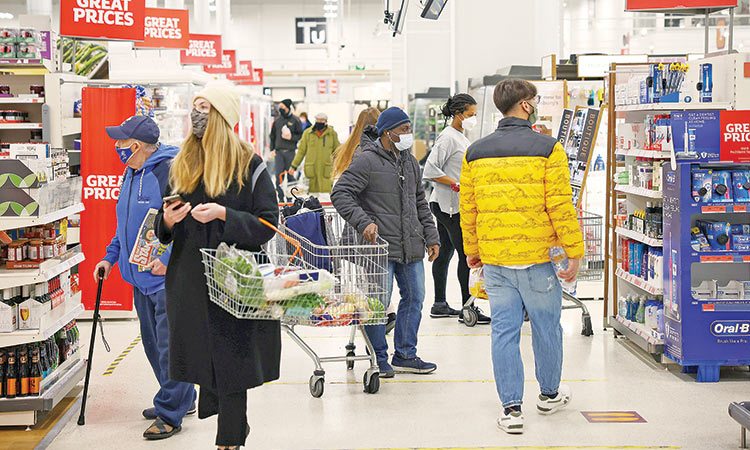 The European Union regretted a new wave of US tariffs on French and German products that came into force on Tuesday and said it would seek a trade truce with the incoming Biden administration. The tariffs are yet another chapter in a 16-year spat over subsidies 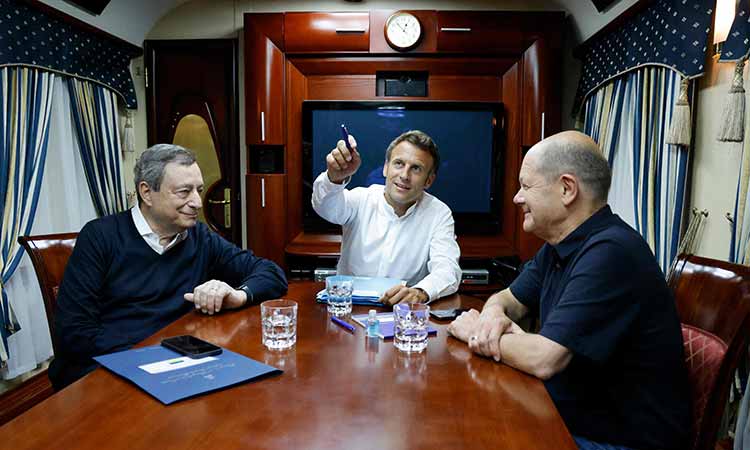 "It's an important moment. It's a message of unity we're sending to the Ukrainians, of support, to talk both about the present and the future, since the coming weeks, as we know, will be very difficult," Macron said as they arrived.