Johnson win is another slide to the right - GulfToday

Johnson win is another slide to the right 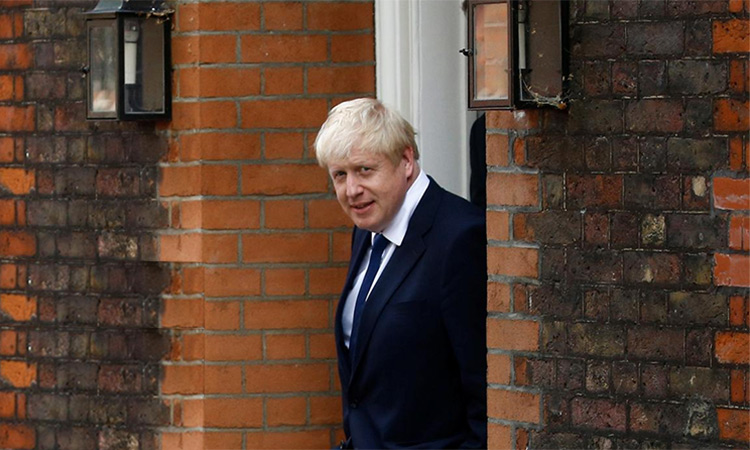 The landslide victory of Britain’s Conservative Party in last week’s general election confirms, once again, the global slide to the right. Boris Johnson, set to be prime minister for the next five years, has promised that Britain will exit the European Union (EU) by the end of January and complete the job by the end of 2020. This is likely to be a daunting, destabilising process for Britain and the EU. To make matters worse, the US, Russia, and other right-leaning countries will try to exploit Brexit for their own politico-economic interests.

Johnson’s success is applauded by conservative and right-wing parties and their leaders across the EU, which he plans to leave. In the EU the triumph of conservatives and rise of the right has been triggered largely by African, Middle Eastern and Asian migration.

Hungary’s Victor Orban, whose party won the 2018 parliamentary election with 49 per cent of the vote, is a xenophobe whose mission is to defend his country and Europe against Muslim migration. The Austrian Freedom Party also benefitted from an anti-migrant message to earn a place in the governing coalition between 2017-19. Poland is ruled by the conservative Law and Justice Party.

In Slovenia the anti-immigrant Slovenian Democratic Party became the largest party in this year’s election. In Finland, the far-right Fins party came second in the April 2019 election; in neighbouring Sweden the anti-immigration Democrats made gains in 2018. In France the National Rally (formerly the National Front) took 13 per cent of the vote in 2017.

In Italy, Matteo Salvini, euro-sceptic leader of the Northern League, served as deputy prime minister from June 2018-September 2019. The possibility of his return to power has launched the “Sardines” protest movement which tightly packs demonstrators into strategic squares around the country. This past weekend, 100,000 took over Rome’s streets and squares.

The far-right Alternative for Germany entered the federal parliament in 2017 with 12.6 per cent of the vote and in October this year it polled ahead of the ruling Christian Democrats in local elections in the eastern state of Thuringia. In Greece, the world’s most ancient democracy, conservative New Democracts, who were mainly responsible for the country’s 2013 economic crisis, defeated the leftist Syriza party in July of this year.

Johnson’s victory is a harbinger of terrible things to come. India, the world’s largest democracy, is dominated by Prime Minister Narendra Modi and

the Bharatiya Janata Party.  Since taking power in 2014, Modi has promoted Hindu sectarianism at the expense of that country’s secular system of governance and its Muslim and Christian minorities.  He can be expected to continue, destroying the secular, pluralistic bedrock of Indian democracy. Pundits hold that Republican Donald Trump is likely to win a second term in the US, the globe’s second largest democracy, where the rival Democratic Party does not seem to have a candidate who can beat him. If given a second term, Republicans win majoritys in both houses of Congress and back Trump whatever he does, he could very well wreck the checks and balances on which US democracy is built as long as the conservative majority Supreme Court goes along.

Although it still claims to be a democracy Israel is anything but. Its own Palestinian citizens are an underclass while Palestinians living in the occupied territories have no rights. Israel has suffered growing democratic deficit since right-wing governments took power in 1977 and is currently gripped by political deadlock, unable to choose between two right-wing alternatives.

It is hardly surprising Israel’s caretaker Prime Minister Binyamin Netanyahu applauded Johnson’s win in Britain. Israeli politicians had dreaded a possible win by the Labour Party under Jeremy Corbyn because he takes a strong pro-Palestinian stand.  Under indictment for corruption, Netanyahu is currently fighting for both his freedom and his political life.

Johnson is seen by some as the UK’s Trump: a buffoon and liar who has both contributed to and exploited anti-migrant sentiments to secure Britain’s exit from the EU. He has repeatedly made racist remarks about blacks, Asians and Muslims.

Fearing the rise ot Islamophobia under a Conservative regime,  the Muslim Council of Great Britain has urged Johnson to act “responsibly for all Britain.”  He has pledged to head a “people’s government” and work “flat out” to achieve Brexit within the time table he has set for himself. He promises to “take back control of borders, money, and trade,” a slogan that appealed to British voters who believe their country has been plagued by EU bureaucrats in Brussels and jobs are being taken by EU citizens free to live and work everywhere in the bloc.

Truth telling no longer matters. These false beliefs have been cultivated and trumpeted by Johnson and hardline Brexiteers. Fact checkers have found that 88 per  cent of Conservative advertisements on Facebook, a tool used heavily during the campaign, contained lies while Labour Party ads were largely truthful.

Johnson has promised to revive Britain’s flagging national health system by hiring 50,000 nurses and building over the next ten years 40 hospitals, in addition to upgrading other hospitals. However, 19,000 nurses slated for redundancy will be retained, leaving 31,000 of whom 13,000 are meant to be from abroad who will pay for high priced health coverage. Johnson has also said he would recruit 20,000 policemen and women, the number cut by Conservatives over the past nine years.

To honour these promises, Johnson will have to reverse the destructive austerity policies imposed by the Conservatives under David Cameron following the 2008 global recession.

While Johnson claims the Brexit deal will be agreed with the EU by the end of next year, he has also warned that Britain could leave without a deal if negotiations falter. Consequently, there will be many months of uncertainty hanging over Britain and the bloc if he takes Britain out of the EU at the end of January has he plans.

Continuing uncertainty will deter potential investors from putting money into British industry and businesses. Economic growth is predicted at 1 per cent for 2020, the lowest rate for 11 years. It could take many years before Britain sorts out its post-Brexit economy, concludes trade deals with the EU, the US, and other partners, and regains equilibrium.  According to Britain’s National Institute of Economic and Social Research, Johnson’s Brexit deal will leave Britain $93 billion worse off than remaining in the EU would have done.