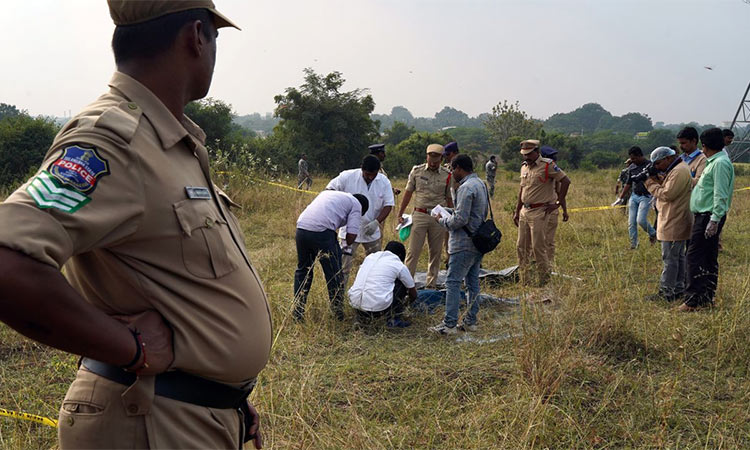 The scene of the Telangana shootout.

The horrific rape and murder of Telangana veterinarian took a strange turn with all the four accused being shot dead in an ‘encounter’ by the Telangana police, a few days after the nation erupted in anger and demanded that the alleged perpetrators be severely dealt with (“Unnao rape victim’s kin demand justice,” Dec.9, Gulf Today).

Jaya Bachchan, the Rajya Sabha MP had demanded that the alleged accused be lynched in public. While Lobo, the Goa BJP minister asked the central government to bring about an amendment, which facilitates public hanging for rape and murders. He is reported to have demanded that convicts be hanged at a public stadium so that a strong message is sent to the people committing such heinous and rarest of rare crimes. If this is how democracy is being perceived by our legislators, we are in serious trouble.

To me all this sounds more like a plot of a Hindi blockbuster. Most Indians know of how it feels to be in a crowded movie theatre when all of a sudden a section of the crowd erupts in wild cheer on seeing Salman Khan or Shahrukh give the villain a sound thrashing. The movie ends and they go home content that they have had their money’s worth of entertainment.

Sadly the same feeling is spilling from the cinema hall to our streets. Real life is tragically replicating reel life. Sad to see India go delusional.