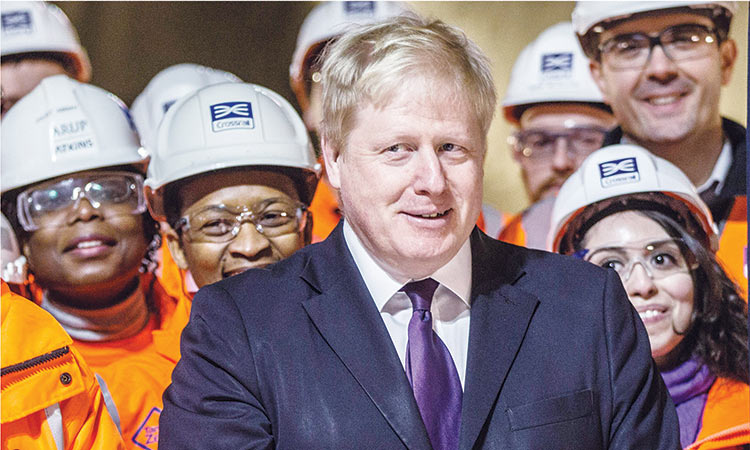 From across the pond, there’s a question puzzling Americans: Why would your parliament issue a snap election and not a second referendum? After all, another vote would better reflect what the public wants from its leaders.

Much like our 2016 Presidential race, voting for the prime minister comes at a highly precarious cost. Do you vote for an unpredictable and irresponsible conservative populist like Boris Johnson – who has shown he can only govern with his political fervour by ramming through legislation and illegally suspending parliament? Or do you go with Jeremy Corbyn, an establishment socialist whose policies seem skeptical and vision is unnerving?

This December election only reassures the UK and the EU of one thing: Johnson’s ego-centered self. The election is nothing more than a motivator for his conservative impasse to continue their unflinching dominance on the political to-do list; with withdrawing from the EU sitting high at the top of it.

What is essentially Johnson’s vote on himself, is a temporary stall to the unending political chaos that has been plaguing your politics for years. Unfortunately, this fire is too big to put out and a quick-fix snap election is like pouring gasoline over the log that started it.

Instead, the people of the UK should vote on Brexit for themselves. An election would further enable PM Johnson and his Conservative Party to push their scheme of pulling out of the EU without any political cost.

The first referendum vote was extremely close. With a general election on board the Brexit ship, repeating political indecision will guide it to nowhere but open water. So why doesn’t parliament and Johnson use the tool they have and vote again? Certainly, Britons might opt overwhelmingly for “Remain”, thus ending the confusion and the chaos.

Johnson seems the most probable to win the election. Polls are still showing that Corbyn and the Labour Party – Johnson’s main opposition – are trailing by nine points. Corbyn is remarkably unpopular, which shouldn’t be shocking due to his contradictory stance on Brexit, where he is both willing to negotiate a new deal, yet backs another referendum.

Labour’s platform is trying to please both Brexit supporters and opponents, which likely turn out to be unsuccessful. Amid such polarisation and a “once-in-a-generation” election, it would be smarter if the Labour party were thorough “Remainers” – fighting back against Johnson and his Brexiteers.

If Johnson wins, then Corbyn will almost certainly lose his position as a leader and any chance of a second referendum would be almost off the table.

If Corbyn won, promising an immediate second referendum once he assumed leadership should be the first thing he does as prime minister. He should make certain not to advance on negotiations or set any deadlines until the public have voiced whether they want to leave or remain.

Johnson and the Conservatives are staking their political fortunes on the promise of delivering Brexit by 31 January, even without a deal at hand, which they believe they can pull off by December 2020. In the three years since the UK voted by a narrow margin to quit the bloc, the debate has gone far beyond the superficial promises of Brexiteers like Johnson, who painted a rosy and starry-eyed picture of Britain outside the Union.

The Christmas election speaks less about what the people want and more about what Johnson wants. It is a disguised political manoeuvre that reflects PM Johnson’s interests over the populous – who may just want to remain in the EU now that they see the chaos and division that goes with getting out.

Johnson and Theresa May, the former prime minister, have done everything but give people a new voice on the issue. And with a shaky Corbyn as the beacon of liberal hope, it is clear that the Conservatives’ decade-long dominance may continue to reign, bringing with it corruption, chaos and a possible EU-free future.

In America, we’re not lucky enough to have your national referendum option. You are the ones who perfected democracy. All we are left with when it comes to look-alike Donald Trump is impeachment, which will happen soon in the House but will not get the super-majority in the Senate. So, we will be stuck with him until the 2020 election, but at least we have a legislative process where our appropriations can block his “wall” and we can get other things done. You, on the other hand, have a referendum process – we don’t understand why you don’t use it.

If you’re the sort of person who has been looking at the news beyond the latest royal rumpus, you may have noticed that something frightening is happening in Brazil. The Independent, in fact, published its leader on that very subject.