Gentleman Bob Willis made the ball do all the talking - GulfToday

Gentleman Bob Willis made the ball do all the talking 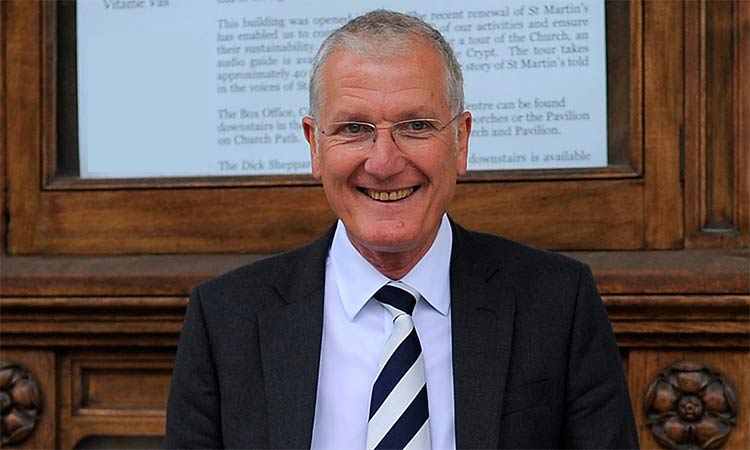 The passing away of any cricketer brings sorrow to one’s heart. It gets even more painful when one has played, partied and rubbed shoulders together. The sad news of the death of a phenomenal cricketer and one of England’s best fast bowlers, Bob Willis, brought a lump to my throat. Memories of him darting in to bowl to me, a huge 6ft 6 inches in frame, with fluffy hair, finally releasing the ball quick and fast with a windmill action, comes immediately to mind.

I can still visualise and remember the moment as if it was just the other day. The reason being that his was the first ball that I ever played in a Test match. The best part of that sequence was that I played the ball off the backfoot and it hit the middle of my bat. “Phew”, I recall saying to myself, “Wow, not bad”. It was a wonderful feeling to have been able to play one of the fastest bowlers at that time in the world and survive his initial onslaught.

The wonderful part of our duel, not only in that Test match but also in a few of them later, was that Bob was a gentle giant. He never made a song and dance if he beat you with the ball or had you in complete disarray. He never sledged, stared or showed anger but he made the ball do all the talking. He did get the better of me in my first Test match, just when I thought I had him sorted. To him it was another scalp in his journey to finally get 325 Test wickets. He did go on to take 6 wickets in that innings on a slow spinning wicket. A lion hearted effort to do so in India. My first vision of Bob, the dreaded fast bowler and executioner of many a good batsman was when West Zone played the touring English side in 1976/77 in Pune. The wicket at the Nehru Stadium was always a beauty to bat on and being my home turf, I never visualised a possibility of any bowler worrying me over there.

The first ball itself opened our eyes to reality. Bob, with one of his fast short deliveries, had hit the peak of the cap of Ramnath Parker, a Mumbai and India opener and the cap went orbiting into the air well over the wicketkeeper. We all were bewildered as to what we were in for, especially as the curator had prepared a nice, hard fiery surface.

The dressing room talk was that Bob was still warming up. We wondered as to how much faster he would get afterwards. Our wicketkeeper, Vijay Shetty, too had a memorable encounter with him. A fast yorker from Bob had his middle stump in shatters with one half of the stump cartwheeling behind.

A bit of humour did emanate from not only the bowler, Bob, but also from the English side, as the other half of the stump that was still in place was handed over to Shetty as a souvenir by the bowler. The scene was that of a brave soldier being honoured and given an award for his gallantry. It did require lots of guts and bravery to play the fiery spell that Bob in his quiet demeanor unleashed. A silent unemotional executioner.

The spell of quick bowling that day that we saw from Bob was quite extraordinary. In a conversation later on, ensuring that one made friends with the dreaded bowling demon, he confessed that he was astonished to bowl on a wicket in India that he felt was faster than the one he had ever encountered elsewhere. There was also the element of fun off the field that Bob exhibited. On the eve of the rest day during the Test match in 1977 in Bangalore (now Bengaluru), the Indian team and the England side were invited to a rocking dance party. The average height of girls in India is rather short compared to the height of the Dylan fan Bob Willis.

The England fast bowler was far from a nimble dancer and most of us were in splits when it came for him to dance on a slow number. We silently hoped that an awkwardly bent Bob would strain his back while dancing his feet off and we did encourage him to do so from the sidelines. He was after all celebrating his six-wicket haul in the first innings and was smart enough to realise that dancing was not his forte.

Bob was way ahead as a fast bowler as he was a thinking bowler who was quick to asses weaknesses. He realised that we Indians were not very comfortable playing the ball outside the off stump and so concentrated on the off. He, therefore, reaped a far greater benefit bowling that line than if he had tried to attack us through short-pitch deliveries.