It began as a classic case of the proverbial slip between the cup and the lip. It ended a week later with the one who snatched the cup being unable to sip, returning it.

The Shiv Sena, a major regional party of Maharashtra,  had broken its long-standing ties with the Bharatiya Janata Party as the latter did not concede the demand that it be given the Chief Minister’s post for half the term.

Party chief Uddhav Thackeray then cobbled together a majority in the Assembly by enlisting the support of the Nationalist Congress Party and the Congress. The BJP staged a coup with the help of Governor Bhagat Singh Hoshyari.

In a midnight operation Prime Minister Narendra Modi revoked President’s rule imposed in the state earlier as no party was able to form a government. Early in the morning Hoshyari re-inducted BJP’s Devendra Fadnavis as Chief Minister. NCP legislature party leader Ajit Pawar was sworn in as Deputy Chief Minister.

On a joint petition filed by Shiv Sena, NCP and Congress leaders challenging the Governor’s action, the Supreme Court set a short deadline for Fadnavis to prove that he enjoys majority support in the Assembly.

Ajit Pawar had with him a letter the NCP’s 54 legislators had signed to signify their support to a Shiv Sena-led coalition. He appears to have used it to claim they were with him in supporting a BJP-led government.

It is difficult to believe that the Prime Minister and Home Minister and BJP President Amit Shah, to whom the intelligence agencies report, were in the dark about the nature of the letter.

They presumably hoped that once the government was in place the NCP legislators could be brought around to supporting it. That hope evaporated when Ajit Pawar’s uncle and NCP founder Sharad Pawar went into action. All legislators, including the prodigal nephew, fell in line.

In the meantime the state government dropped some graft cases against Ajit Pawar which were under investigation.

Realising that the game was up, Fadnavis resigned without facing the Assembly and Hoshyari invited Uddhav Thackeray to form the government.

The new allies, the NCP and the Congress, conceded chief ministership to the Shiv Sena for the full term. In return, each of them got a deputy chief minister’s post.

The coup was undone when Uddhav Thackeray took the oath as Chief Minister last Thursday and demonstrated his majority support on Saturday.

In the last six years the BJP has acquired a stake in power in many states across the country by organising defections from rival parties or winning the support of small parties. The tactic failed in Maharashtra as the Shiv Sena, the NCP and the Congress were able to prevent poaching of their members.  But fresh efforts by the BJP to break up the parties cannot be ruled out.

After the BJP narrowly missed a majority in the Karnataka Assembly in last year’s elections the Congress and the Janata Dal (Secular) had blocked its coming to power by quickly joining hands. However, the ineptitude of JD(S) Chief Minister HD Kumaraswamy and the chief ministerial ambitions of Congress leaders brought about the collapse of the coalition and the BJP was able to wrest power.

There are contradictions in the new Maharashtra coalition and they are already out in the open.  In the common minimum programme of the coalition, the Shiv Sena, which shares the BJP’s Hindutva ideology, committed itself to the objectives of the Constitution, which include secularism.

However, Uddhav Thackeray said on Sunday: “I am still with the ideology of Hindutva and won’t ever leave it.”

One lesson of the Maharashtra story is that the BJP’s march can be halted if the other parties are able to hold their flocks together. An even more important lesson is that the BJP’s bid to impose a homogeneity rooted in religion disguised as cultural nationalism can be checkmated by promoting pride in the country’s cultural diversity.

The Shiv Sena, launched by Uddhav’s father, Bal Thackeray, a political cartoonist, more than half a century ago, rests on the twin pillars of Maratha pride and Hindu nationalism.

Overemphasis on Hindu nationalism made the BJP and the Shiv Sena natural allies. When the accent shifted to Maratha pride, which the Shiv Sena and the NCP share, it became possible for the two parties to work together.

The observation by the International Labour Organization (ILO) that more than one in six young people have stopped working since the onset of the COVID-19 pandemic while those who remain employed have seen their working hours cut by 23 per cent comes a shocking revelation and needs to be addressed earnestly. 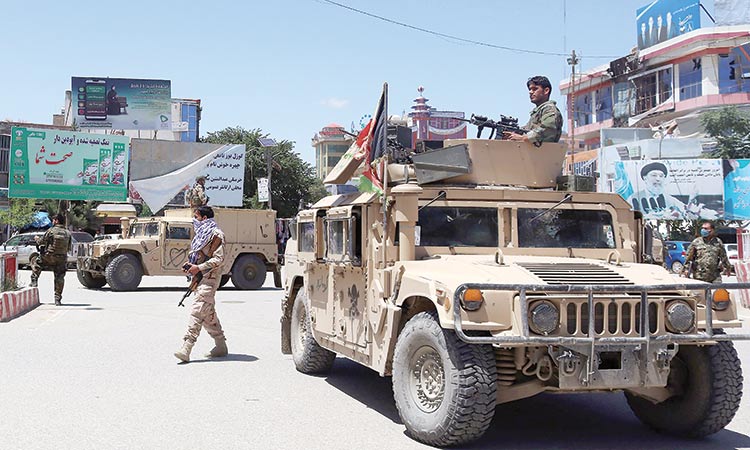 Trump’s withdrawal of troops is recognition of failure

In October 2001 I was standing on a hilltop 40 miles north of Kabul watching US aircraft bomb the Taliban front line. The night sky was lit up with the flash of explosions and the sparkle of ineffectual anti-aircraft fire. It was fairly obvious who was going to come out the winner.