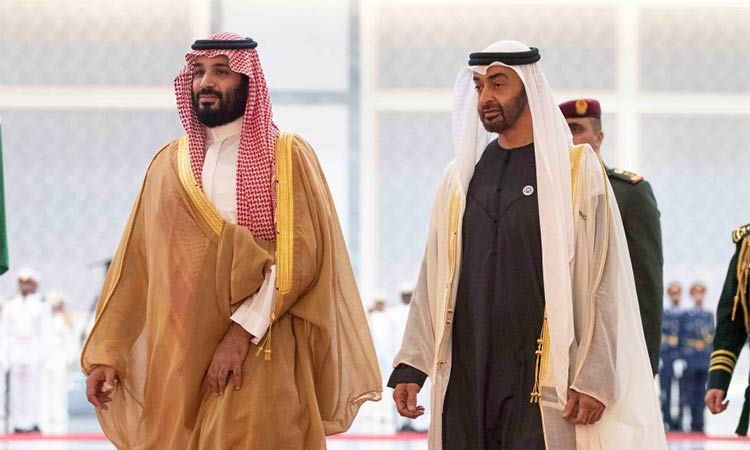 The special bonds of love, brotherhood and unity that reigns between the UAE and Saudi Arabia is well known and the state visit of Mohammed Bin Salman Bin Abdulaziz, Saudi Crown Prince, Deputy Prime Minister and Minister of Defence, has pushed the already-strong relations to a much higher level.

The robust relationship between the two nations is a major stabilising force in dealing with the challenges and risks threatening Arab and Gulf security.

The special ties grew to unprecedented levels last year through a joint vision of economic, development and military integration involving 44 joint strategic projects that formed part of the “The Strategy of Resolve,” which was planned over 12 months by 350 Emirati and Saudi officials from 139 government and military authorities.

A joint opinion piece penned by UAE Ambassador to Saudi Arabia, Sheikh Shakhbout Bin Nahyan Al Nahyan, and his Saudi counterpart, Turki Aldakhil, in which they reaffirmed the determination of both countries to work hand-in-hand towards a bright future filled with economic stability and sustainable development well highlights the likely course of the relationship.

The two diplomats, who enjoy a strong relationship solidified by a decade-long friendship, even prior to assuming their posts, have made it clear in the Op-ed that Riyadh and Abu Dhabi are aware of the importance of having a vision for the future, “especially since some 70 per cent of our people are in their prime, under the age of 35.”

The Op-ed was written on the occasion of the upcoming Saudi-Emirati Coordination Council, which will be held in Abu Dhabi under the chairmanship of the Crown Princes of both countries.

As lucidly outlined by Sheikh Shakhbout Bin Nahyan Al Nahyan and Turki Aldakhil, when leading people, with millennials comprising two-thirds of the population, one must be aware that this generation is connected with the world, and has technology as part of the making of its mind and formation of its intellect, which has led Saudi Arabia and the UAE to get involved in pioneering projects that look decades ahead into the future and try to contribute to the building and shaping of the future world.

Minister of Economy Sultan Bin Saeed Al Mansouri recently highlighted that non-oil trade exchange between the UAE and the Kingdom of Saudi Arabia has reached Dhs417.6 billion over the past five years.

Saudi Arabia is the first Arab trade partner and the third globally for the UAE in 2018. The UAE is at the forefront of investing countries in Saudi Arabia with a total value of more than Dhs34 billion.

The message on Twitter by Dr Anwar Bin Mohammed Gargash, Minister of State for Foreign Affairs, reflects the warm feelings of the entire nation: “We welcome Prince Mohammad Bin Salman to your home, the UAE, among your brothers and family… We welcome you, the brother, the supporter, the partner, the ally and the loving. Welcome for the man who drives an ambitious and inspiring vision of the size and weight of his country. Welcome for Saudi Arabia in the UAE.” 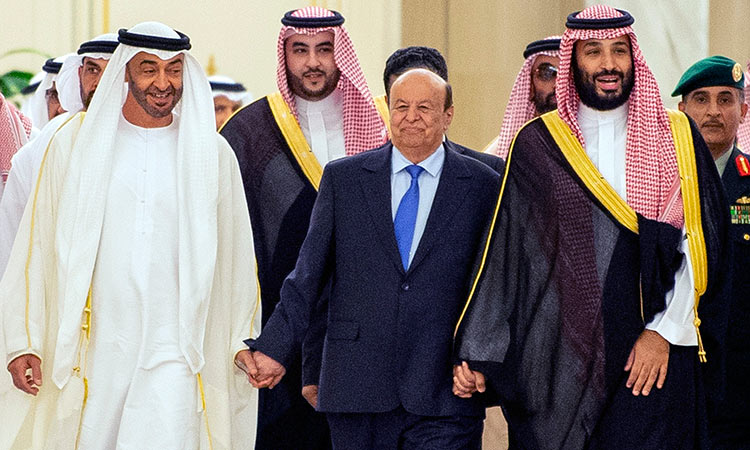