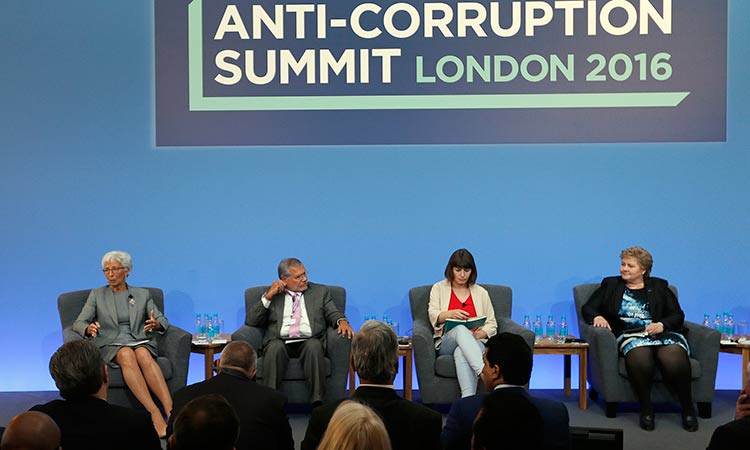 From her second-story walk-up office in Kyiv’s old Perchersk neighbourhood, Daria Kaleniuk has been fighting the fire-breathing dragons of Ukrainian corruption — oligarchs and politicians and judges on the take.

Little did she know she would also be going up against the most powerful man on Earth, Donald Trump.

Kaleniuk is one of an entire new generation of Ukrainians who grew up in a freshly independent former Soviet republic that struggled to break free of Russia and to build institutions of basic governance. These young reformers speak English, aspire to Western values, reject their country’s Soviet past, have turned away from Moscow — and now fear that the US has turned away from them.

Their work to battle graft and demand change belies the Ukraine that President Trump portrays.

According to testimony before the House impeachment inquiry by Kurt Volker, the former US special representative to Ukraine, Trump once said of Ukrainians, “They are all corrupt, they are all terrible people.” Trump has also suggested, despite voluminous evidence to the contrary, that Ukraine, not Russia, interfered in the 2016 US presidential election.

There’s no question that Ukraine has a serious corruption problem. Transparency International, which ranks countries according to their level of perceived corruption, lists Ukraine as 130th out of 180 nations, with No. 1 being the cleanest. That makes it among the most corrupt countries in Europe, barely ahead of Russia.

Yet activists, academics and politicians here insist the real Ukraine is making significant progress in fighting corruption. And these Ukrainians are angry that Trump has dragged them into US politics by asking their new president, Volodymyr Zelenskiy, to investigate former Vice President Joe Biden and his son Hunter.

“We are desperately trying to change the country ... from a very corrupt kleptocracy to a democracy,” Kaleniuk said on a recent chilly, grey morning in her office. “This is Ukraine’s moment, the moment to help. And instead, we got a knife in the back.”

They were instrumental in the Maidan Revolution of 2014, a popular revolt that led to the ouster of an unpopular, pro-Russia president and ushered in Western-leaning governments, including that of Zelenskiy, a TV comedian who won a landslide victory earlier this year.

Supporters call them nothing short of fearless.

Former US Ambassador Marie Yovanovitch, whom Trump attorney Rudolph W. Giuliani campaigned successfully to have recalled from Kyiv in May, was an enthusiastic supporter of the reformers, as is her replacement, William B. Taylor Jr., fulfilling his second stint as America’s senior diplomat in the country.

“This new government has appealed to young people who are so idealistic, pro-West, pro-United States, pro-Europe, that I feel an emotional attachment, bond, connection to this country and these people,” Taylor testified before the congressional panel investigating Trump.

The turning point for the generational shift was the Maidan Revolution that forced out President Victor Yanukovych who, along with his business associates, robbed the country of around $100 billion. He fled to Russia, confronted by the massive demonstrations in which more than 100 protesters died.

“Maidan was about fighting corruption and an authoritarian government,” said Yulia Marushevska, 30, another of the new generation of anti-corruption crusaders in Kyiv. “How can a country that lost a hundred people on Maidan in the fight against corruption and authoritarianism be called the most corrupt country in the world?”

The Maidan revolt set into motion an anti-corruption movement led in part by young activists such as Kaleniuk and Marushevka. Their work led Ukraine to overhaul the police system in an attempt to eliminate bribe-taking. It established a transparent, online system for public procurement. It created the National Anti-Corruption Bureau of Ukraine to investigate graft.

When a new, pro-Western government was elected in March 2014, Marushevka was appointed to the Odessa regional government and eventually put in charge of reforms in the Black Sea city’s notoriously corrupt ports and customs office.

The Maidan street revolution had another, perhaps more important outcome for Ukrainians, Marushevka said. “Empowerment,” she said. “People now understood that we have the power to change the country.”

In May, long before the scandal broke in the US, Kaleniuk’s organisation and 19 other Ukrainian groups petitioned the US Treasury Department to blacklist former Ukrainian Attorney General Yuri Lutsenko, the man who initially worked with Giuliani to smear the former US ambassador, Yovanovitch, and spread unsupported stories about Joe Biden’s dealings with Ukraine. Treasury took no action.

All of the work earned Kaleniuk and her organisation the enmity of Ukraine’s most powerful people: billionaire tycoons backed with armies of lawyers and highly paid American crisis management public relations firms. This was no surprise, she said.

But then Giuliani added his voice. In public appearances, Giuliani painted the anti-corruption group as a dubious tool of George Soros, the Hungarian-born philanthropist who founded the Open Society Foundations. Kaleniuk’s organization, like many pro-democracy groups across Europe, receives funding from Open Society, last year to the tune of about $150,000, or about a quarter of its budget. But branding people or groups as having ties to Soros has become a trope, often tinged with anti-Semitism, used by the American right wing, which considers Soros a leftist partisan.

Slightly more than half of the money the Anti-Corruption Action Center has received since 2012 comes from the US government.

“It is in the interest of Russia to portray us as a ... hopelessly corrupt country ... (and) a constant place of instability,” ineligible to join Western institutions such as NATO or the European Union, Kaleniuk said. “This is about more than corruption and Ukraine. It’s about an autocratic regime fighting the liberal democratic world.”

Putin seized Ukraine’s Crimean Peninsula in 2014 and continues to occupy it. Russian-backed separatists are fighting a deadly war in Ukraine’s eastern Donbas region.

Ukrainians have noted that Trump often seems to be using Putin’s talking points when discussing Ukraine, telling filmmaker Oliver Stone in June that “Russians and Ukrainians are actually one people” and dismissing Moscow’s aggression. By contrast, many foreign policy experts and geopolitical strategists argue that Ukraine is the key bulwark against an expansionist Russia, caught as it is in a tug-of-war between East and West.

“The future of Ukraine is the future of Europe,” said Daniel Hamilton, a former diplomat who specialises in Europe at the Johns Hopkins School for Advanced International Studies in Washington.