A hung parliament is odds-on, people realise that - GulfToday

A hung parliament is odds-on, people realise that 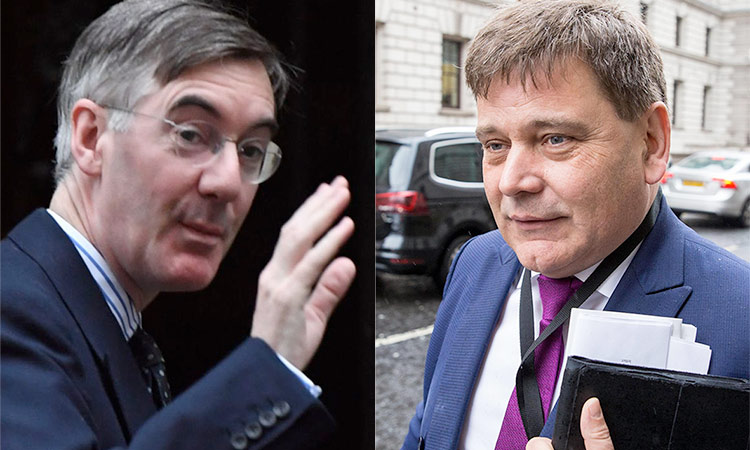 Boris Johnson’s Tory Party seems hellbent upon destroying its brand. Or at least, what passed for one.

The archetypal case study of the brand apocalypse is Ratners, the jeweller that once was a high street star (when such things still existed). Its star fell when chairman Gerald Ratner stood up at the Royal Albert Hall and said that when people asked how he could sell a sherry decanter at £4.95, he told them it was because it was “total crap”. That’s what the business became in the aftermath.

The Tories haven’t had just one “Ratners” moment. They’ve had a stocking full of them.

The race is now on for the Oscar for biggest tosser with a blue rosette. Jacob Rees-Mogg looked like a lock with his declaration that it would have been “common sense” for residents of the Grenfell tower block to ignore fire brigade advice to “stay put”.

But then Andrew Bridgen went and followed it up, suggesting that the Moggster was cleverer than the victims so would have gotten himself out. Politically speaking, it’s hard to imagine anything more stupid.

As a plan to use the impartial civil service to attack Labour spending plans was blocked, others were leaping into the fray. Welsh secretary Alun Cairns resigned amid questions over what he knew about an aide’s torpedoing of a rape trial.

To cap it all, a Welsh Tory candidate turned out to have said people appearing on Benefits Street should be “put down” — and her local party stood by her.

As an early Christmas present to opposition strategists, these episodes are like giving a teenager one of each of the newest X-Box, PS4, and Nintendo Switch consoles along with lifetime access to every game ever published. They must have been pinching themselves, perhaps asking who it was that slipped acid into their morning coffee.

But here’s the scary question: how much damage has this really done?

The Tory brand wasn’t exactly starry before these gaffes. It’s fair to ask whether it was already so totally crap that all this has simply served to confirm what we already knew.

Ratner’s arguably stood for affordable quality in its heyday, and its customers bought into that until Gerald’s ham-fisted attempt at a joke turned the gesture of putting anything from one of his shops under the Christmas tree into a potential insult.

Tory voters? Some might kid themselves that the party actually stands for opportunity and free enterprise and freedom and one nation and all the other stuff they like to talk about before the cameras. That they’re not just trying to kid us that nobody in the party calls for the burning of benefit claimants, hippies and witches when they think there are no pesky reporters around.

They’re probably in the minority though.

There’s a reason people tell pollsters porkies rather than admit that they’re planning to vote Tory. They see the red-faced racist declaring himself a “proud Tory” at the golf club bar and they decide they’d really rather not be associated with him in polite company.

It’s easy to see through this. Amazon pays minimal tax, sparks scandal over its treatment of workers, has contributed to carnage on the high street. It has nonetheless become what they refer to in the trade as a “super brand” because its choice, pricing and customer service are compelling. Its customers are able to look at the smile logo and close their eyes to the darker side of the business.

It’s very different with the Tories. It’s self-evident that that blue tree of theirs is made of rotten wood. Professionalism? Nope. Just look at Boris Johnson’s tenure at the foreign office. Economic competence? Brexit put paid to that one. 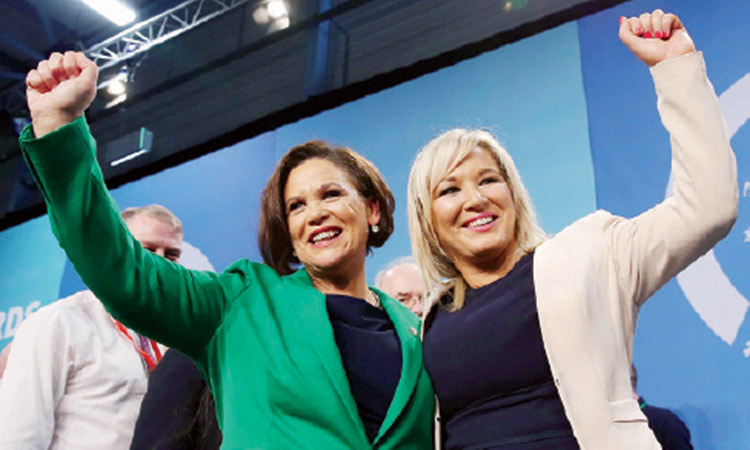 The rise of Ireland’s Sinn Fein in Saturday’s parliamentary poll has transformed the country’s two-party political system by empowering a major third party for the first time during a century of Irish independence.