‘Sorry’ no longer to be hardest word - GulfToday

‘Sorry’ no longer to be hardest word 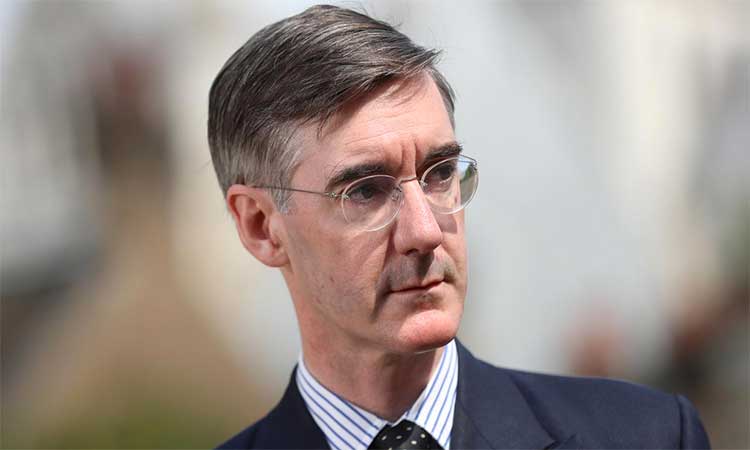 Songs can often perfectly sum up a situation they have absolutely nothing to do with. When the England rugby team lost the World Cup on Saturday, Sinead O’Connor’s “Success has made a failure of our home” lyric sprung to mind.

And when Jacob Rees-Mogg was forced to apologise for his inexplicable remarks about the “common sense” of those who tragically died in the Grenfell Tower blaze, Elton John seemed to sum up the mood of the UK perfectly: “It’s a sad, sad situation/And it’s getting more and more absurd … sorry seems to be the hardest word”.

Only what’s really sad in this situation is that sorry no longer seems to be the hardest word at all. It actually seems to have become the easiest word for MPs both to say and to manipulate.

Rees-Mogg in particular has developed a habit for saying and doing absurd things — and merely issuing an apology for them later.

In September, the House of Commons’ leader said sorry for comparing David Nicholl, a well-respected NHS doctor, to Andrew Wakefield, the disgraced anti-vaccine campaigner who infamously sought to link the measles, mumps and rubella jab with autism. He also had to admit that reclining on the commons benches was “a mistake” after a photo of him doing so went viral and caused uproar.

And he isn’t alone. A number of MPs now say, tweet, retweet and share thoughts that go way beyond the grey area between “shocking” and “wrong” that politicians have generally occupied.

Jeremy Corbyn was forced to apologise in August for Labour’s ongoing problems with antisemitism after the BBC’s tell-all Panorama documentary aired, yet there is widespread skepticism that the party has since made any meaningful changes.

Michael Gove was urged yesterday to apologise for retweeting antisemetic material not attributed to any member or official Labour group in order to smear the Labour Party’s election campaign — yet this isn’t the first time Gove has had to apologise for a crass misstep.

And just this morning, North West Leicestershire’s Tory MP, Andrew Bridgen, said sorry for suggesting that Rees-Mogg was simply “cleverer” than Grenfell’s victims and would have escaped the fire had he been in it. But what is the point in MPs saying sorry, over and over again, when they clearly have no intention of resolving their words or actions, instead simply ambling on until they make another blunder… and apologise again?

Clearly, there was a time when people in power, such as MPs and police officers, were reluctant to apologise. Saying sorry was a sign of weakness: it meant you had done wrong; worse, it was admitting you had done wrong.

Take ITV’s recent drama The Confession, which sought to shed a light on the police’s erroneous dealings with the murders of Sian O’Callaghan and, in particular, Becky Godden. The underlying suggestion of the show is that those in power, specifically men, don’t want to say sorry — which is sometimes all that regular people want when they have been treated badly — for fear of what it means for their reputation.

The answer is simple — morally and ethically wrong, but very simple: MPs are now happy to say sorry wherever and whenever they can because it gives them a free pass to say and do as they please, with the façade of an apology to cover their backs later.

Giving MPs this licence, especially in the age of the internet and social media, is a scary prospect. Just as the comments they are apologising for become everlasting, so do their apologies. It’s no mistake that Rees-Mogg and Bridgen issued their recent mea culpas on Twitter, where the media can screenshot them and circulate them time and time again.

Sure, we may remember what Rees-Mogg said about Grenfell, but we’ll also be forced to remember that he came out and said sorry for the “offence caused”. And as his past record proves, he’ll only be forgiven and sent to another radio interview, poised to make another damaging statement — with an apology already drafted in his phone’s Notes app, ready to copy and paste into a tweet.

In 2017, former US cable news anchor Greta Van Susteren launched an app called Sorry. Its intention was to allow friends to send apologies to one another, in the hope that the receiver would accept — without having to go through the sometimes-awkward process of receiving an apology face-to-face.

Inspired by her time on-air with some of the US’s most unapologetic authority figures, Van Susteren sought to inspire people to admit when they were wrong and just… say sorry.

Her aim was surely to reinstate some kind of authority to the word, but it’s too late. The word has been taken hostage by MPs and transformed into a device that creates impunity for hurtful language and actions.

As Elton sung all those years ago, it’s a sad, sad situation indeed, one that doesn’t seem likely to change anytime soon. Perhaps all we can hope for now is that another S word comes along and takes centre stage… what was the one in that tweet Stormzy sent out about Rees-Mogg yesterday? Oops, sorry.