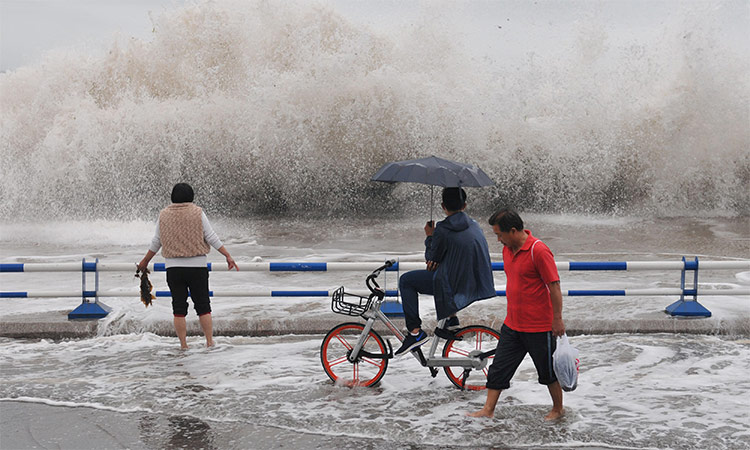 Rising sea levels are a big cause of worry around the world. Reuters

A total of 36 million people in India could be at risk by 2050 due to seal-level rise — about 31 million more than previously thought, warns a study by New Jersey-based science organization Climate Central. Rising sea levels may put some of India’s biggest cities in the flood-risk zone.

West Bengal and coastal Odisha are projected to be particularly vulnerable to floods by 2050, as is the city of Kolkata. Large parts of central Kerala, including parts of Kuttanad region, Vypin and Kochi islands, Vaikkom and parts of Thrissur districts, are indicated in the coastal model under high-risk zone of sea level rise.

Worldwide, rising sea levels could within three decades push chronic floods to affect 300 million people, according to the research by scientists at Climate Central. The findings are based on a new digital elevation model called CoastalDEM, which shows that many of the world’s coastlines are far lower than has been generally known, and that sea level rise could affect hundreds of millions of more people in the coming decades than previously understood. Climate Central produced the model using machine learning.

The findings of the study, published in the journal Nature Communications, showed that the threat is concentrated in coastal Asia, and could have profound economic and political consequences within the lifetimes of people alive today. As a result of heat-trapping pollution from human activities, rising sea levels could within three decades push chronic floods to affect millions across the globe.

China, Bangladesh, India, Vietnam, Indonesia and Thailand are home to most of the people that dwell on the land projected to be below average annual coastal flood levels by 2050. Together, these six nations account for roughly 75 per cent of the 300 million people on land facing the same vulnerability at mid-century. Over the course of the 21st century, global sea levels are projected to rise between about 2 and 7 feet, and possibly more.

According to the report’s Executive Summary, as a result of heat-trapping pollution from human activities, rising sea levels could within three decades push chronic floods higher than land currently home to 300 million people. By 2100, areas now home to 200 million people could fall permanently below the high tide line.

The study points out that sea level rise is one of the best known of climate change’s many dangers. “As humanity pollutes the atmosphere with greenhouse gases, the planet warms. And as it does so, ice sheets and glaciers melt and warming sea water expands, increasing the volume of the world’s oceans. The consequences range from near-term increases in coastal flooding that can damage infrastructure and crops to the permanent displacement of coastal communities,” the study adds.

As sea levels continue to rise throughout the century, chronic flooding will spread and more land will be permanently lost to the ocean. By 2100, CoastalDEM’s elevation data show, land currently home to 200 million people could fall permanently below the high tide line.

Warning that the bad news is concentrated in Asia, the study highlights that China, Bangladesh, India, Vietnam, Indonesia, and Thailand are home to the greatest number of people who today live on land that could be threatened by permanent inundation by 2100 — 151 million in total, and 43 million in China alone.

However, research also shows that the danger of permanent inundation is by no means be limited to Asia. In 19 countries, from Nigeria and Brazil to Egypt and the United Kingdom, land now home to at least one million people could fall permanently below the high tide line at the end of the century and become permanently inundated, in the absence of coastal defenses.

The residents of small island states could face particularly devastating losses. Three of every four people in the Marshall Islands now live on land that could lie below high tide in the next eighty years. In the Maldives, the figure is one in three. And well before that, residents will face saltwater intrusion into freshwater supplies and frequent flooding. In small islands states, as elsewhere, land could become uninhabitable well before it disappears.

Under a higher-emissions scenario, and near the tail end (95th percentile) of sea-level rise sensitivity to warming for the model used in this study, land home to 640 million people today — approaching 10 percent of the world’s population — could be threatened by the end of the century, either by chronic flooding or permanent inundation.