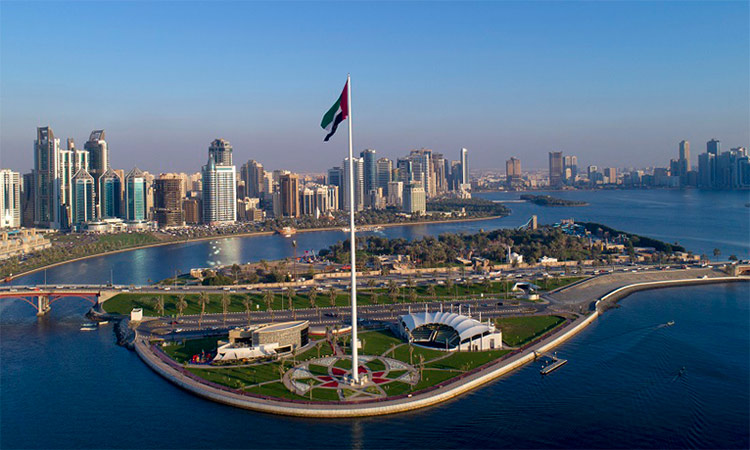 'Sharjah has been working tirelessly to preserve the heritage of this nation and breathe new life and meaning into it.'

UNESCO’s selection of Sharjah as a “crafts and folk art” city for the Creative Cities Network is indeed a global endorsement of the emirate’s decades-long emphasis on bringing generations closer to their heritage and national identity, as His Highness Dr Sheikh Sultan Bin Muhammad Al Qasimi, Supreme Council Member and Ruler of Sharjah, has pointed out.

The Emirate has been carefully nurturing its human capital with skills that will enable them to take Sharjah’s and the UAE’s past well into the future.

Her Highness Sheikha Jawaher Bint Mohammed Al Qasimi, wife of His Highness the Ruler of Sharjah, Chairperson of NAMA, Founder and Royal Patron of Irthi, has been at the core of boosting women’s role in promoting local crafts.

She has passionately spearheaded the women’s empowerment movement in the UAE and the region in every field.

Her passion for creating an enabling environment for Emirati women artisans in rural Sharjah to turn their practice of traditional crafts into a source of professional and social empowerment led to the establishment of Irthi Contemporary Crafts Council in 2016.

In less than four years, the Council has offered a place of employment and creative expression to 60 women across Sharjah, turned the world’s attention to their exceptional craft and created new opportunities for them to meet artisans from around the world, exchange expertise and learn about the role of crafts in other cultures.

As stated by Sheikha Jawaher, Sharjah has been working tirelessly to preserve the heritage of this nation and breathe new life and meaning into it, so it can be practised sustainably and can inspire the rapid cultural renaissance the UAE witnesses today.

Thanks to this forward-looking vision, Sharjah has positioned itself as a hub of investment in contemporary crafts and an incubator of Emirati heritage.

Vibrant efforts exerted by various Sharjah entities to raise the cultural and socioeconomic profile have paid off with the Emirate being showered with several global recognitions over the past years.

This year the Emirate also celebrates its World Book Capital 2019 recognition by UNESCO.

In another well-deserved recognition for the Emirate, LIBER International Book Fair named Sharjah as Guest of Honour.

The United Arab Emirates has also been awarded a permanent membership with observer status on the Council of the International Centre for the Study of the Preservation and Restoration of cultural Property, ICCROM.

The unanimous decision has been made by ICCROM’s Council 93rd session in Rome, in recognition of the UAE’s support and contributions to the organisation, including hosting the only regional ICCROM Centre for the Arab region in Sharjah, UAE.

With this membership, the UAE becomes one of two countries with permanent status after Italy, where ICCROM’s headquarters are situated. The UAE has been granted the right to actively participate in the Working Groups of the Council.

ICCROM-ATHAR (Architectural and Archaeological Tangible Heritage in the Arab Region) is the regional conservation centre founded by ICCROM and the Government of the Emirate of Sharjah in 2012.

The Conservation Centre in Sharjah is a continuation of ICCROM’s ATHAR programme, which has dedicated its activities since it was launched in 2004, to the protection of cultural heritage in the Arab region and to broadening access, appreciation and understanding of its rich history.

Sharjah is known to place culture at the heart of all its development strategies. His Highness Sheikh Sultan’s unparalleled support to culture has paid rich dividends.