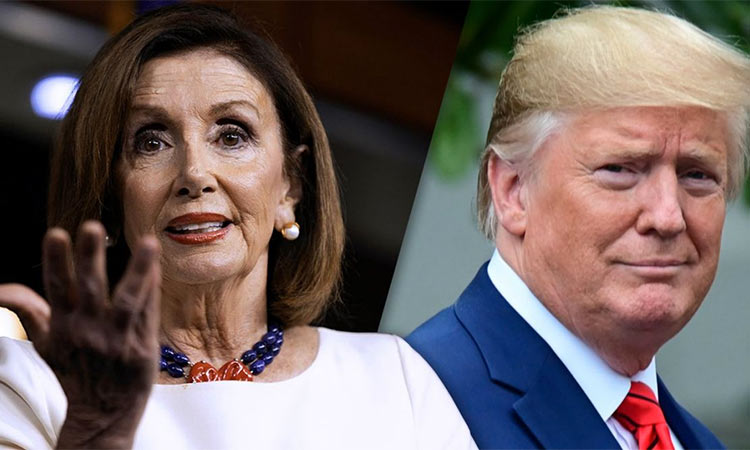 Today’s House vote is just the beginning of a long and difficult time for the United States of America, however. By a party line 232-196 vote, Pelosi just set in stone the procedures by which the House of Representatives will evaluate evidence of Trump’s misdeeds before rendering a final verdict on impeachment.

Congressional Republicans have spent the last few weeks complaining with increasingly disjointed hysteria that Pelosi and House Intelligence Committee Chairman Adam Schiff are conducting a “secret impeachment” in the basement of the Capitol, away from the prying eyes of journalists and the public. The charges are nonsense, but they generated weeks of salacious headlines from the right-wing outrage machine.

The GOP’s made-for-television sideshow culminated in Republicans storming into a Secure Compartmented Information Facility to disrupt a classified House Intelligence Committee deposition. That 47 Republicans on relevant committees actually had full access to the deposition did nothing to dissuade alarmists like Florida Rep. Matt Gaetz. This was just a vast, left-wing conspiracy!

Pelosi’s decision to hold a public vote on the rules for impeachment puts the hollowness of Republican “concerns” on full display. Today’s bill grants the Trump administration more privileges and rights than Republicans voted to allow President Bill Clinton during his impeachment. The terms of Trump’s inquiry are miles better than those Congress offered President Richard Nixon.

Most importantly, Pelosi guaranteed a transparent, public hearing where Trump will have full access to all evidence, a chance to respond to evidence, the right to attend every hearing (including normally private executive sessions), the opportunity to question witnesses, and the right to raise objections related to the examination of witnesses. All of this will unfold in full view of the public. Faced with the open and public investigation they demanded, Republicans unanimously voted against Pelosi’s proposal. So much for that much-vaunted commitment to transparency!

Pelosi’s generosity – even going so far as to allow Trump’s attorneys the previously unheard-of opportunity to present a closing argument – is one indication Democrats are confident in the damning evidence they have collected.

Over the past month, a carousel of high-level diplomats and career intelligence officials have testified to the immense pressure Trump put on subordinates to engage in a corrupt quid pro quo intended to dig up damaging information on Hunter Biden, the son of Trump’s main 2020 political rival. No account rocked Washington like that of Acting Ambassador to Ukraine William Taylor, who provided a crystal clear and morally unambiguous account of just how blatantly Trump and his cronies were willing to flout the law for personal gain.

Taylor’s bombshell testimony implicated not just Trump and his personal attorney Rudy Giuliani; he also dragged Attorney General William Barr into the maelstrom. And there are plenty of signs things will get worse for Trump after Taylor announced his intent to testify – publicly, this time – on the dirty deeds Trump demanded. William Taylor is only the first of several key witnesses who have bucked White House attempts to prevent senior-level officials from testifying. Colonel Alexander Vindman, an Iraq War veteran who served on Trump’s National Security Council, this week detailed his own concerns with Trump’s use of foreign policy resources to secure his own re-election prospects.

Vindman and Taylor’s exceptional credentials prevent Republicans from writing them off as liberal hatchet-men. Their only hope rested in painting the House impeachment inquiry as a kangaroo court unfolding behind closed doors. With today’s vote, Democrats have stripped that message of any meaningful punch.

Nancy Pelosi said it not once, not twice, but three times last week. “Mr. President, you have come into my wheelhouse.” In other words, welcome to her world. After nearly two years 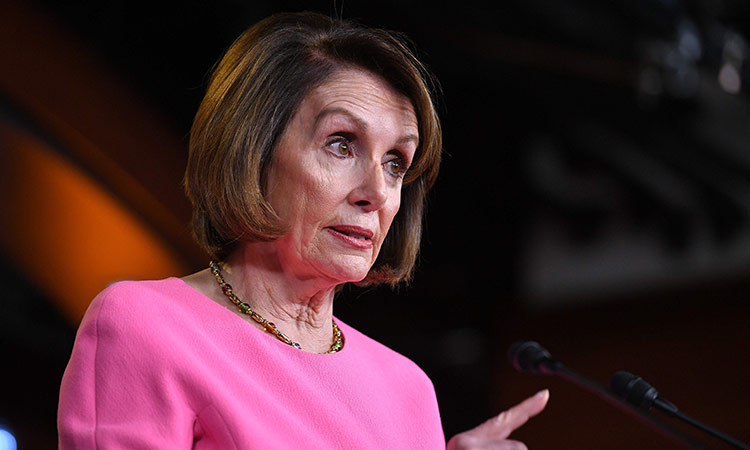 Put yourself, for a moment, in the shoes of average independent American voters in fly-over country where next year’s election is likely to be decided. Many, if not most, are probably feeling