Johnson’s leadership style once had promise, not anymore - GulfToday

Johnson’s leadership style once had promise, not anymore 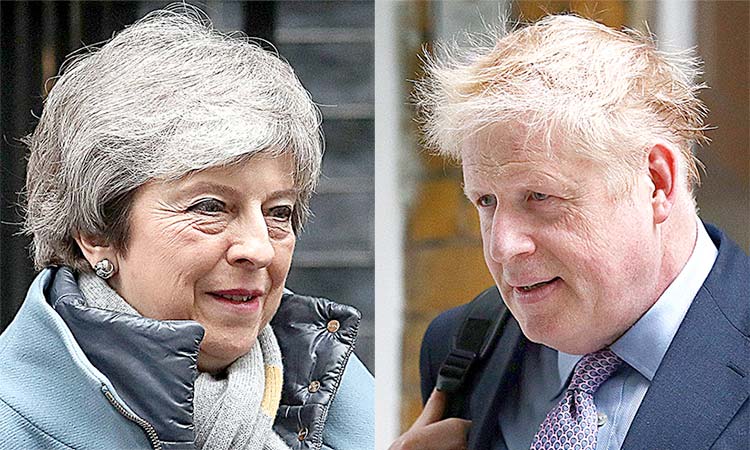 Although recent events haven’t been too kind to Boris Johnson or shone a positive light on his leadership skills, there was a time in the not too distant past when he was the candidate that united the Conservative Party.

Through his seemingly solid “do or die” promises and ability to appeal to different groups within his party, Johnson was elected as the leader of the Conservatives which, in itself, is no piece of cake. During his tenure as prime minister so far, Johnson has lost his majority, ousted a number of his MPs, and then returned to these very MPs and asked for their support.

Yet, there have been times where he has shown glimpses of his leadership skills and initiative.

Johnson started his 18-year political career as the MP for Henley, and his rise to prime minister has required him to be patient and resilient – but he has often fallen quickly into brash, churlish behaviour. Even though some may not like his style of leadership, it’s difficult to deny that he has achieved what Theresa May failed to do three times: get the EU to agree on changes to the Brexit deal. We are therefore in the throes of defining the path forward. Is this a result of good leadership? Or simply a man driven by his own quest for glory? In such uncertain political times, members of the Conservative Party chose Johnson because he was confident, assured and unrelenting in his promises – particularly his promise to leave the EU by October 31st, with or without a deal. While this style of direct leadership may be effective in times of chaos, in Johnson’s case it has proven to be unnerving for others and in the end has been the undoing of initial support that he was able to garner. Just look at the number of Tory MPs who have defected since his term began.

Rather than taking stock and changing his approach, he has become more entrenched and dogmatic. He has won very few votes in the house and suddenly it seems that maybe Johnson doesn’t have what it takes to do the very job he’s worked his entire career to attain.

For leaders around the world, there are just a few things people really care about and look for: do they care about me; can I trust them; and will they get the job done?

When it comes to leading a group of people, whether it’s a group of employees, a football team, or an expedition to the tip of Mount Everest – your followers must be able to answer at least two, and preferably three, of these questions with: “yes”. People want an honest leader who is culpable for their own actions. No one finds it easy to trust someone who tries to shift the blame elsewhere.

For people across the UK, even those who identify as Conservatives, it’s hard to answer any of these questions with “yes” when it comes to Boris Johnson. Time after time he has deflected blame away from himself by distracting the press with inflammatory stories and indeterminate statements.

Johnson positions himself as a leader who wants to get things done, and someone who is always in complete control.

But the truth is that Johnson is a hubristic leader who seems to believe that his actions will have no consequence, and that his way is the only way. His lack of compromise and willingness to accept defeat was shown in his refusal to sign the extension request to Brussels this week. These are extremely dangerous values for a leader of a country, especially in such uncertain times. Britain needs a poised, trustworthy and seasoned negotiator to lead them out of this difficult time – Boris Johnson is not that man.