Can Spain bury the memory of Franco’s dictatorship? - GulfToday

Can Spain bury the memory of Franco’s dictatorship? 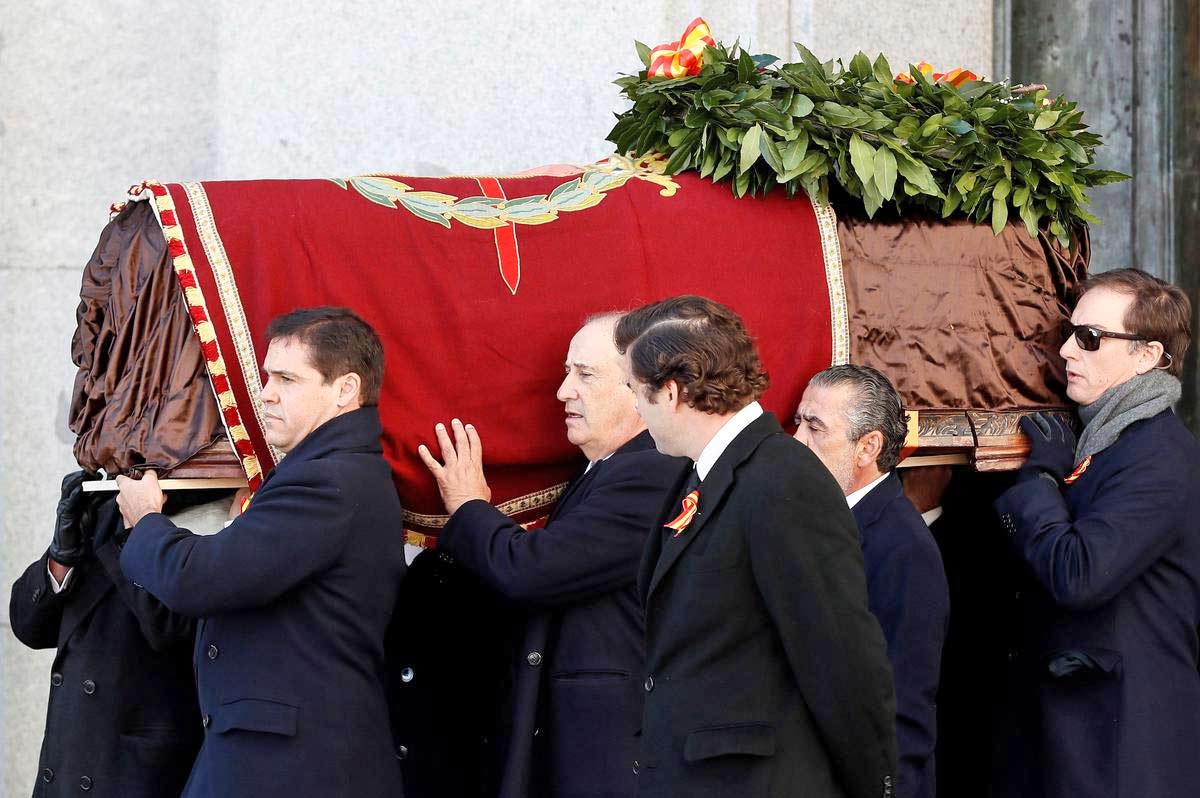 More than 40 years after its return to democracy, Spain’s government is broaching a totemic issue. It has finally exhumed the remains of General Francisco Franco from the mausoleum near Madrid where the country’s emeritus king had the dictator buried.

Franco’s monument – built in large part with the slave labour of civil war prisoners, many of whom ended up in an unmarked grave – stands at one end of his regime’s monstrous legacy. The assassinated poet Federico García Lorca, whose body has never been found, is sometimes regarded as representing the other. Spain is thought to have the highest number of disappeared people out of any country in the world, bar Cambodia.

In spite of this, a citizen-driven project to revive the memory of the missing, which began at the turn of the millennium, eventually forced legislation in 2007 that provided funding for excavation, reburial and commemoration. These organisations have been defunded by consecutive Popular Party governments, denying closure to thousands of families.

Yet the legacy of the dictatorship extends well beyond this. What is referred to by academics as “sociological Francosim” has established long roots, over the course of decades, in a reciprocal process of privilege safeguarding elites who thrived under the dictatorship.

As MP Alberto Garzón explains “Many of the judges in Spain today are the children of parents who were judges in the era of Franco … the heads and directors of Spain’s national newspapers were those who had been propaganda chiefs during the Franco years … (people) forget big business’ ties with Francoism”.

The continuity of this legacy has its origins in the political compromises of the 1978 Transition and can be clearly seen today in the discursive instincts of the Spanish Right when, in particular, the national question rears its head.

Pedro Sánchez’s centre-left Socialist Party first announced its plans to dig up Spain’s former dictator almost 18 months ago. Since then, the proposals have hit a number of road blocks, facing opposition from the Catholic Church and the Franco family itself. Eventually, the Supreme Court ruled unanimously in favour of the move.

Removing Franco from the Valley of the Fallen will be considered a significant electoral coup for Sánchez, as the acting prime minister attempts to shift the focus of the national debate away from the last 10 days of protests and rioting in Catalonia – the impact of which he appears to have underestimated.

Spain’s right-wing opposition has repeatedly accused Sánchez of “occupying power” with his provisional administration marked by legislative gridlock, meaning the country has not had a new budget since 2017. This move, along with other pledges he has promised to implement during the coming weeks, sees Sánchez taking more governmental action during the campaign than he has done for months, setting out his stall as the candidate of stability – while rattling the Francoist skeletons in the face of his right-wing opponents – for November’s general election.

And here lies the danger. As is the case with the confrontations over Catalonia, the thorny issue of historical memory cannot simply be a campaigning “vote-winner” for an acting prime minister who has been coasting for much of the previous 18 months in office. Although polling and sentiment on the ground indicates the exhumation is now a less politically-sensitive issue than it used to be, any move like this has to be more than a symbolic gesture. This is particularly true at a time when the Catalan question has re-energised the far-right forces that were defeated in April’s national ballot.

Sánchez has already backtracked on initial plans to convert the Valley of the Fallen into a reconciliation centre dedicated to the victims of the civil war, as part of a broader “resignification” project envisaged for the site. His government has also failed to strip the notorious Franco-era police officer, ‘Billy the Kid’, of his state honours for alleged crimes committed during the dictatorship.

Beyond that, too, is the longer-term task of establishing a clear consensus on Spain’s recent past that can form a basis for public life going forward (this also demands something of the country’s political right).

This exhumation marks a significant step forward for post-Transition Spain in symbolic terms, but Franco’s removal can not be simply reduced to cheap electioneering. If the various elements underlying this edifice and what it represents are not properly addressed and examined, they will rear their ugly heads again – some, indeed, argue they never went away.