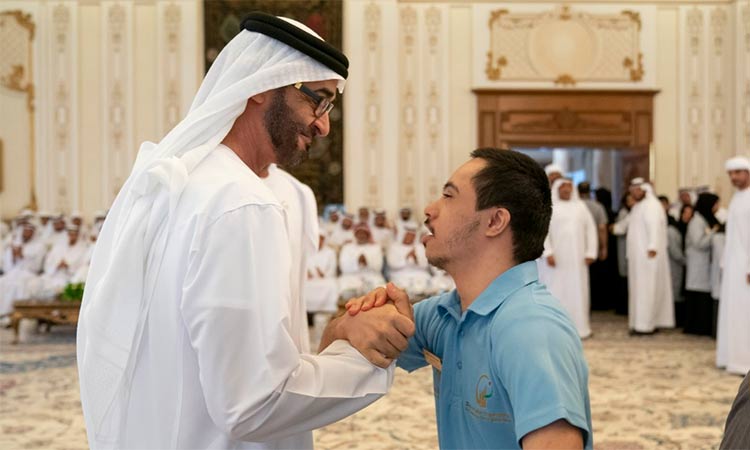 Across the world, people of determination still often face overt discrimination, stereotyping and lack of respect for their basic human rights – with women and girls disproportionately affected.

However, the UAE deserves a big salute for consistently remaining in the forefront when it comes to the welfare and empowerment of the people of determination.

Various initiatives have been launched over the years to reaffirm the premise that people with disabilities are entitled to the same treatment as everybody else.

When His Highness Sheikh Mohamed Bin Zayed Al Nahyan, Crown Prince of Abu Dhabi and Deputy Supreme Commander of the UAE Armed Forces, on Tuesday received a delegation of the Zayed Higher Organisation for People of Determination, ZHO, he well emphasised how the UAE prioritises the empowerment of people of determination and their integration into society, while also expressing his pride at their giving, work and productivity, as well as their keenness to prove their abilities and skills.

He also re-affirmed the desire of the UAE’s leadership to provide world-class services and rehabilitation programmes for people of determination while pointing out that the UAE has succeeded in empowering and integrating people of determination and enabled them to participate with their peers in society, to ensure their future and guarantee them dignified life with full rights.

As pointed out by Abdullah Abdulali Al Humaidan, Secretary-General of the ZHO, the organisation of the Special Olympics World Games in the UAE and its accompanying events and programmes helped rehabilitate people of determination, of whom 120 were hired by several government authorities and private companies, under the supervision of the ZHO.

The creation of the People of Determination Advisory Council earlier was a huge step to empower this segment and enables them to play an important part in the country’s development.

The UAE’s Federal Law No.29 of 2006 protects the rights of people of determination and guarantees them the right to live with dignity.

Programmes to support and involve people of determination are a continuous process in the country.

For example, the Mubadala Investment Company has announced that it recruited over 760 Emiratis, including 12 people of determination, to join its group of companies this year.

The major recruitment drive is part of the company’s ongoing “Train for Work” programme, which was initiated last year to support the Abu Dhabi Human Resources Authority in implementing the Government Accelerators Programme - Ghadan 21.

The recruitment of persons with disabilities is part of Mubadala’s commitment to the Muthabara programme, in partnership with the Zayed Higher Organisation, ZHO.

The event, which marked international White Cane Safety Day as part of the ‘Vision of Will’ initiative, began with a tour for People of Determination (people with disabilities) at the Special Olympics Park at Manarat Al Saadiyat.

This was followed with a special walk that simulated the perceptions of blind people, followed by sound therapy sessions and ending with a workshop at Manarat Al Saadiyat’s Art Studio.

The UAE has successfully shown the rest of the world through its earnest and intense efforts how people of determination could be encouraged to fully participate in society. Other countries can take a cue from this.