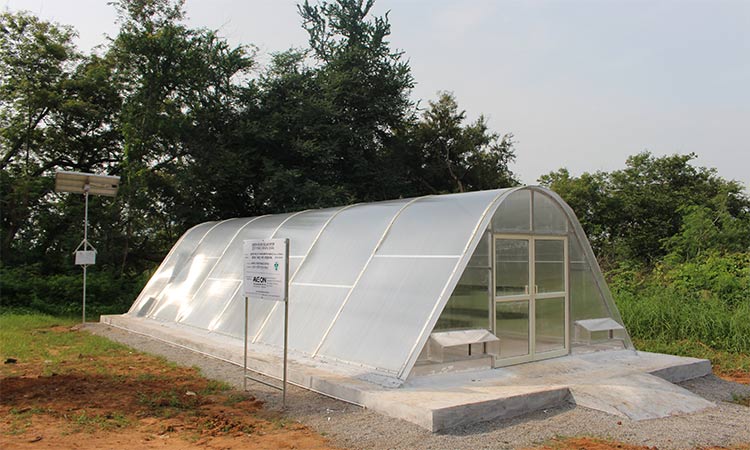 Last week, the UN Environment highlighted the story of Varun Raheja, a mechanical engineer from India, who was always fascinated by farming. As he loves nature, he considered farming, and working closely with flora and fauna, to be the best occupation and work in the world.

However, when Raheja learned about the situation of many small farmers in India, struggling with poverty and few options to increase and diversify their income, he decided to look for solutions rather than becoming a farmer himself.

A UNEP press release lauded Raheja for tapping into his knowledge as a mechanical engineer to help rural communities. To tackle the issue, Raheja has come up with a low-cost solar dryer. The machine costs $200 and enables farmers to dehydrate their agricultural products and conserve them for a minimum of six months, while preserving nutrients, colour and taste.

According to UNEP, In India, approximately 80% of farmers are poor, marginal producers. Among the challenges they face are fluctuating market prices. A tomato can sell for $0.28 one month and only $0.03 one month later. However, farmers are not able to preserve their food for more than 1 to 2 weeks because of electricity costs, poor infrastructure and lack of funding to invest in storage facilities. When the market prices are low, farmers often have to throw away their produce, resulting in significant waste. The resulting debt even leads some famers to commit suicide.

UNEP’s new report with the World Resources Institute, Setting a Global Action Agenda on Food Loss and Waste, calls for a “decade of storage solutions”– kickstarting collaborations to get income-sensitive, climate-smart storage technologies like this one into the hands of farmers and distribution networks around the world.

So far, 100 farmers are using his solar dryer, but many organizations and farmers are interested in working with his machine, to join him on his mission to reduce waste and improve the position of farmers.

Speaking to UNEP, Raheja said his goal for the future would be “to reduce food waste as much as possible and improve the position of farmers. In 10 years, I want to have solar dryers all over Africa, South America and Southeast Asia. My aim is to reduce wasted produce and by doing so, stop farmer suicides in India and all over the world. Also, I want to keep improving and develop an even more affordable solar dryer.”

The report points out that reducing food loss and waste can help meet the UN Sustainable Development Goals (SDGs) by 2030, contribute to the Paris Agreement on climate change, and sustainably feed the planet by 2050.SDG 12 aims to ensure “sustainable consumption and production patterns,” and one of its targets (SDG 12.3) calls for halving rates of food loss and waste. This in turn would contribute to meeting a number of other SDGs, such as those on hunger, poverty, and health.

Recent modeling efforts indicate that halving food loss and waste rates would yield significant reductions in greenhouse gas (GHG) emissions because more efficient use of food would reduce the need for land conversion for additional food production and slow the rate of increase in fertilizer applications and methane emissions from food in landfills.

Based on extensive desk-based research and input from partner organizations, the report proposes a Global Action Agenda to reduce food loss and waste. It stresses that governments and companies should follow the “Target-Measure-Act” approach: Adopt a target to halve food loss and waste by 2030, measure how much and where food is being lost and wasted, and take action on the hotspots. All actors in the food supply chain should kick-start their actions by pursuing a “to-do” list tailored to their specific roles. Governments and business leaders should pursue 10“scaling interventions” that have the potential to rapidly scale, accelerate, and broaden deployment of the Target-Measure-Act approach and the actor-specific interventions.

In2011, the Food and Agriculture Organization of the United Nations (FAO) launched a landmark publication, “Global Food Losses and Food Waste: Extent, Causes and Prevention’, with the headline finding that one-third of all food is lost or wasted between the farm and the plate.