How different would the situation be if Castro was white? - GulfToday

How different would the situation be if Castro was white? 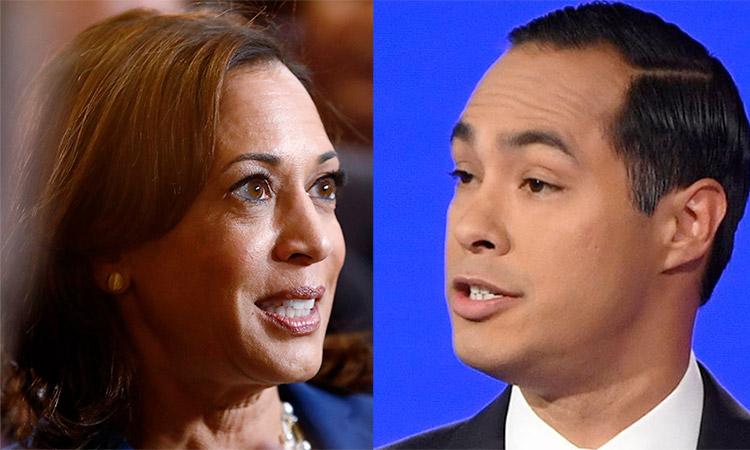 Though he did not have what many would categorize as a “breakout moment” during the most recent Democratic presidential primary debate, Julian Castro did offer another reminder of why his candidacy has been essential to the primary itself — even if most observers have failed to recognize it.

When one of the moderators, CNN’s Anderson Cooper, asked Castro about handgun violence, he offered much-needed nuance to the debate with the invocation of the police and how their collective behaviour influences his views on gun policy. Explaining why he doesn’t support mandatory buybacks, Castro said, “I’m not going to give these police officers another reason to go door-to-door in certain communities because police violence is also gun violence.” Castro then cited Atatiana Jefferson, a 28-year-old who was in her bedroom when she was shot and killed by Fort Worth police officer Aaron Dean. Jefferson’s neighbour, James Smith, dialled the Fort Worth Police Department’s non-emergency line after he noticed Jefferson’s lights were on and her front door was open.

No one else had said her name. No one else had invoked the role police play in gun violence — namely against black and brown people. And this incident took place mere weeks after Dallas police officer Amber Guyger was sentenced to 10 years in prison for murdering Botham Jean in his home a year ago. How many more minutes would have been wasted had Castro not brought that vital perspective onto that stage?

I felt similarly about the necessity of Castro earlier this month when he escorted a group of asylum-seekers across the border bridge to Texas from Mexico, where they were all sent under the Trump administration’s “Remain in Mexico” policy. That group consisted of eight gay and lesbian asylum-seekers from Cuba, Guatemala and Honduras, as well as a deaf Salvadoran woman and her three relatives.

Since April, many political observers have written about Castro’s need for that breakout “defining moment” in order to draw wider attention to his campaign — but perhaps the larger problem is the public don’t care enough about many of the types of people Castro has been advocating for throughout the decade. That includes people like Castro himself. Him being the sole Latinx candidate in the race should have garnered him more attention, but that has not proven to be the case.

“This should be Julián Castro’s moment,” David Freedlander wrote for Politico in August. “At a time when issues of immigration and family separation, race and the border are front and center in the national consciousness, the story of a third-generation Mexican American would seem tailor-made to resonate emotionally with voters.”

Freelander was right to highlight that Castro has struggled with Latinx voters, too, but in the earliest months of a primary campaign, much of a presidential contender’s chances lie on name recognition: either having it already or garnering the media attention necessary to build it.

“Castro is an heir to Obama, having served as secretary of Housing and Urban Development from 2014 to 2017,” Freelander continued. “He is young, just 44 at a time when many in the party are looking for a new generation.”

And while we’re on double standards, I’m equally tickled how Castro was condemned as being “classless” for the way he spoke to Joe Biden at the third debate, yet none of those same people had anything to say about Biden yelling at Elizabeth Warren at the fourth as he tried to take credit for her work. I wonder what could be the difference? Perhaps we can ask Cory Booker and Kamala Harris, who faced similar scolding about how they challenged Biden, too.