When Trump capitulated to Turkish pressure 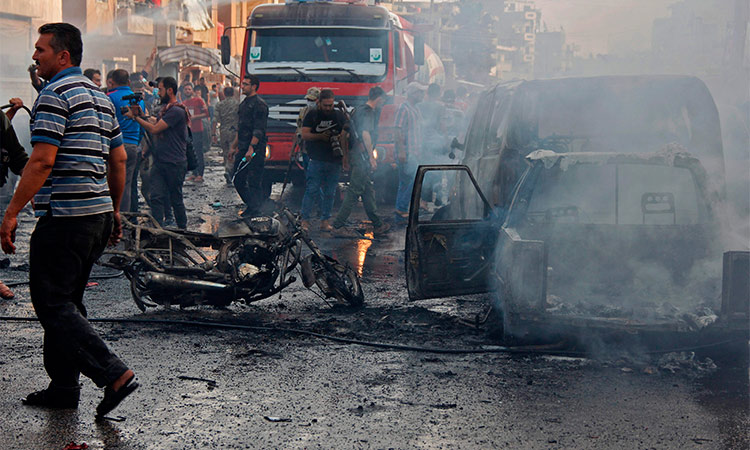 Syrians gather at the site of an explosion in the northeastern Kurdish city of Qamishli on Friday. Agence France-Presse

Both the current occupant of the White House, Donald Trump, and Turkish President Recep Tayyip Erdogan are courting their electoral “bases” by taking ruinous decisions on north-eastern Syria. Trump gave Erdogan a green light to invade and occupy a 30-kilometre wide band of territory on the Syrian side of the Syrian-Turkish border. A week ago, when Trump capitulated to Turkish pressure, Ergodan had massed troops, armour and artillery along a 120-kilometre stretch of territory from the Syrian towns of Tal Abyad to Ras al-Ain, both district centres with a combined population of around 75,000, which had swollen due to the influx of displaced persons. Tens of thousands of civilians have fled these towns and been deliberately cleared from surrounding villages, many making their way to the city of Qamishli on the eastern edge of the border where it meets with the Iraqi border. Nevertheless, the Turks have also shelled Qamishli.

Under investigation for attempting to get Ukraine to dig up dirt on his leading Democratic party rival, Joe Biden, Trump is obsessed with his “base” of voters, about 33 per cent, as the 2020 presidential election campaign heats up. During his 2016 run for the presidency, Trump promised to end the “endless wars” being fought by the US and to “bring the boys [troops] home.” Since the end of last year he has called for all US troops to leave Syria where, he claims, Daesh has been defeated and US forces are no longer required.

This is Trumpian fantasy. Thousands of Daesh remnants continue to roam the deserts of Syria and Iraq and to lie low in towns and villages. Trump was persuaded to postpone a US troop drawback until now but, panicked by the possiblility of being ousted, Trump declared an end to US military involvement with Syrian Kurds. They make up the majority of the 60,000 fighters in the Syrian Democratic Forces militia recruited, trained, and armed by the US which also provided air cover for operations. Some 11,000 members of the Kurdish-dominated ground forces have died during the anti-Daesh campaign as compared to 10 US military personnel.

Trump has dismissed the sacrifice of the men and women from this force as if they were nothing. To make matters worse, he has not withdrawn the 1,000 US troops who remain in Syria, most in the north-east which is under attack by Turkey. They have abandoned their positions in Tal Abyad and Ras al-Ain and redeployed out of reach of Turkish gunners and aerial bombers. Trump does nothing to halt the Turkish offensive although US troops are still in place and US war planes are near enough to impose a “no fly zone.” This could prevent Turkish bombers from striking civilian residential areas and key infrastrucutre, like water pumping stations and roads.

Trump gave the green light to Turkey to invade because he believes he must honour his 2016 campaign pledges. This is a false belief. His “base” is not interested in Syria, the Kurds, or Turkey. His supporters continue to flock to his campaign rallies whatever he does. His approval rating continues to stand at about 43 per cent although his disapproval rating has grown to 55 per cent due to the Ukraine scandal.

Like Trump, Ergodan believes he is fighting for his political life. He became prime minister in 2003 after his fundamentalist Justice and Development Party (AKP) won a rare majority in parliament. He had an easy ride until 2015 when the AKP failed to retain its majority in the June election and could not form a coalition. The AKP lost seats to the pro-Kurdish party and nationalists. Erdogan called a snap election in November and recouped AKP losses. But the shock of losing compelled him to shift right-wards and to clamp down on the Kurds. The abortive military coup attempt gave Erdogan the opportunity to arrest or persecute his opponents. Tens of thousands were arrested and more than 120,000 dismissed from the police, administration, judiciary, schools and universities. Media critics were detained or silenced.

In this year’s election for mayor in Istanbul, Erdogan suffered another shock. The opposition Republican People’s Party candidate won by a narrow margin in March. Erdogan ordered the election to be scrapped and a new poll held in June. This time the opposition’s man won by a landslide and the AKP lost in Erdogan’s working class home district, formerly an AKP bastion. This defeat has made Erdogan even more dependent on the nationalists. He figured war is the best way to both please the nationalists and win back voters. His gamble on war has, at least in the first stage of his “Peace Spring” operation, paid off as it has the support of all but pro-Kurdish Turks and secular elitists.

Ergodan’s war is the second waged by Turkey against a neighbour. In 1974 Turkey invaded and occupied the northern 36 per cent of Cyprus. This war coincided with the impeachment of US President Richard Nixon who resigned to escape being ousted from office. At that time, Secretary of State Henry Kissinger, who was managing US foreign policy, reached an agreement with Turkey and the Greek junta to mount a coup in Cyprus, overthrow President Makarios, and enable Ankara to invade and occupy the northern 36 per cent of the island. This was a conspiracy to divide Cyprus, a member of the Non-Aligned Movement considered anathema by Cold War-obsessed Washington. The policy led to ethnic cleansing of Greek Cypriots living in the north, mainland Turkish occupation of Turkish Cypriots forced by Ankara to shift to the north, and the pointless division of a small island in the Eastern Mediterranean.

Kissinger adopted an evil policy which has caused tragedy and friction in Cyprus for 45 years. Trump has abandoned the Syrian Kurds because he wants to secure re-election next year. Erdogan seeks to remain president of Turkey beyond 2023, the 100th anniversary of the secular republic founded by Mustafa Kemal Ataturk in 1923 following the collapse of the Ottoman empire, which took its moral authority from Islam. Ironically, Erdogan seeks to revert to the politics of religion and become a neo-Ottoman ruler. 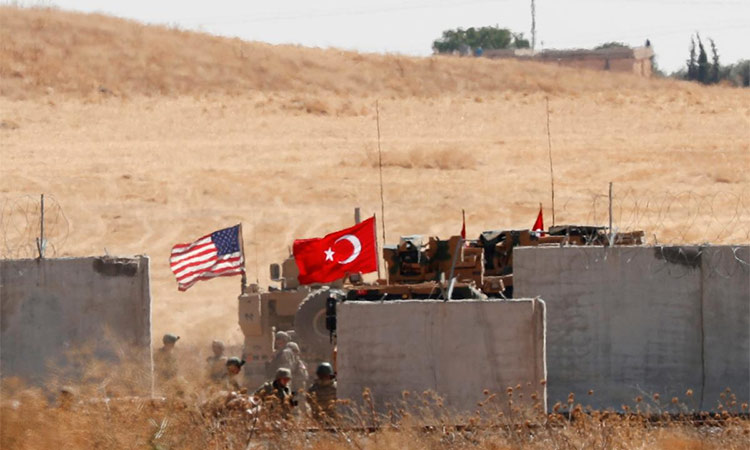 The vacuum left by the United States in Syria

“Never get into a well with an American rope” goes the saying spreading across the Middle East, as the US abandons its Kurdish allies in Syria to a Turkish invasion force. People in the region are traditionally cynical 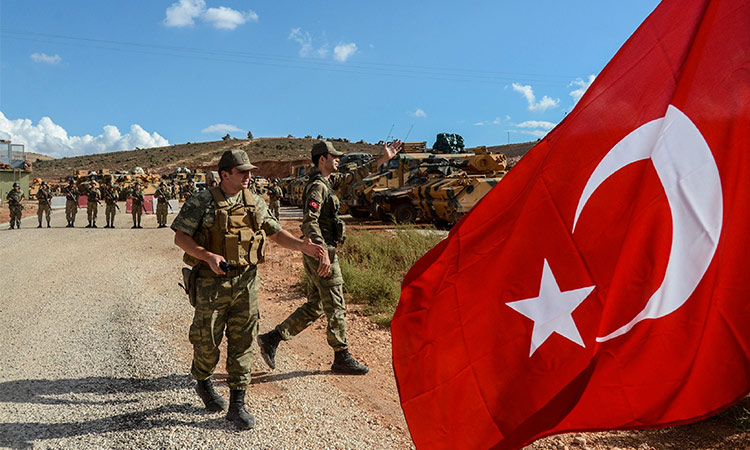 Turkey and all other foreign forces should immediately withdraw from Syria and seek a political solution and that’s the only best way forward, as the United Arab Emirates has suggested. The UAE is also correct in stating