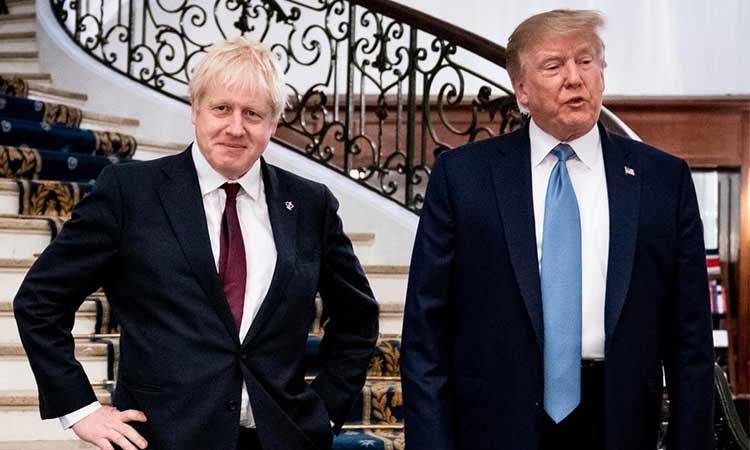 There is a certain delicious irony to the fact that the guy who traded in wives as if they were auto leases is having his impeachment being led by a 79-year-old pantsuit-wearing feminist — and the man who misled the Queen into letting him suspend Parliament is being censured by a 74-year-old brooch-wearer from the wrong side of the tracks. Yes, Boris Johnson and Donald Trump find themselves stymied by older women. It seems almost too perfect, like a deeply cinematic twist — autocrats on both sides of the Atlantic being stopped by a historically marginalized group, female septuagenarians.

In America, our president’s impeachment is being led by a woman almost 10 years older than the president’s first wife (for those playing at home, that was two wives ago), the one he traded in during the early 90s. Trump may have hated Hillary Clinton but he should be very afraid of Nancy Pelosi. Nancy isn’t afraid of barbs; she once said of Trump’s obsession with his beloved border wall: “It’s like a manhood thing for him — as if manhood could ever be associated with him.”

And then there’s Pelosi’s focus. She would have retired if Hillary had won but since Trump is president, she insists in on continuing on in order to hold the president to account.

Pelosi has been slow to come around to impeachment. This, coupled with the fact that Nancy is a notorious vote-counter, should make the president more than a little nervous. Democrats have been urging her to start impeachment proceedings since January, when they picked up the House in the midterms. While Trump blusters and blunders, Pelosi seems almost amused by the president’s immaturity. But then Nancy seen a lot of men behaving badly in her 17 terms in office, and she’s no stranger to petulant children — after all, she’s a mother of five. Yes, Nancy Pelosi is the type of restrained older women who just has to scare the president. She’s the type of skilled legislator that the president’s administration lacks.

Across the Atlantic, another false prophet is being tormented by another fierce female in her seventies. And this match is even more fantastic because posh, born-with-a-silver-spoon Boris is being held to account by a self-made woman 20 years his senior. Lady Hale is not just 74; she’s also from the wrong side of the tracks in a world of lords. According to a profile in The Guardian, she worked in a pub while studying for her bar exams, and was the first in her (non-fee-paying) school to go to Cambridge University. Remember when Trump called AOC a “young bartender” in an effort to disparage her? There’s nothing more terrifying to a man like that than a woman who rose to power through hard work and grit.

Lady Hale had some harsh words for Boris: “The effect upon the fundamentals of our democracy was extreme,” she said while reading out a judgment that said the British prime minister misled Queen Elizabeth II when he tried to shut down parliament and force through his chosen Brexit plan. One should just marinate in the differences between Lady Hale, a woman born to modest means who is now President of the Supreme Court in the United Kingdom, and the Queen, who was born into privilege but completely unable to push back on Johnson.

America and Britain now teeter on the edge of oblivion, both countries held hostage by ruthless yet moronic autocrats. But they have met their match with women who they themselves might have considered disposable.

Irony is something that Trumpworld is richly steeped in, so perhaps the emergence of these elderly women as “heroes” of the resistance is deeply apropos. There is something intensely gratifying to me as a woman who watched in horror at the misogyny drummed up by Trumpism to have it extinguished even partially by a woman the president would deem too old to be a 10. 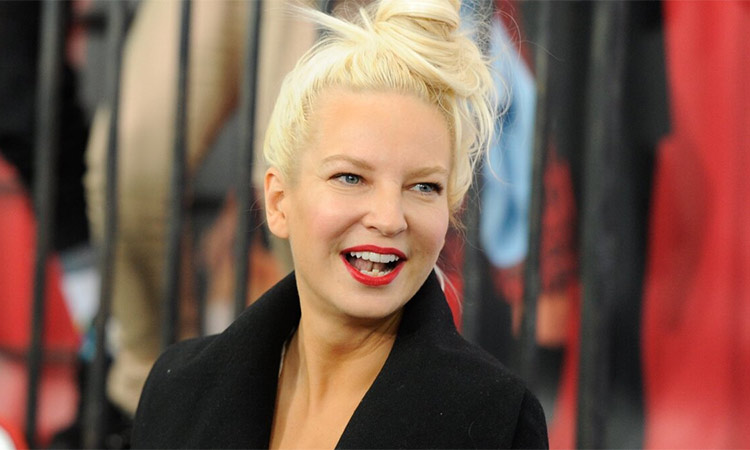