The UAE has shown that where its groundbreaking initiatives are concerned, space is not the limit | Henry Jacob - GulfToday 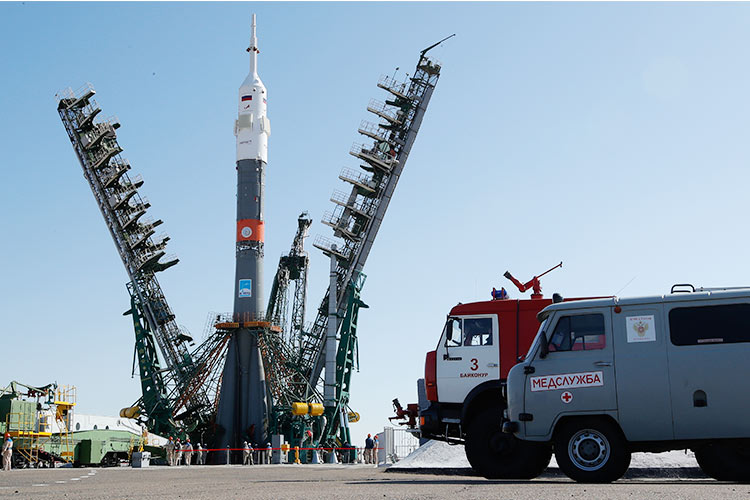 As a new spacefaring country like the UAE launched the rocket carrying the Soyuz MS-15 spaceship to the International Space Station from Baikonur on Wednesday evening, the country’s residents watched the lift-off with bated breath, then burst into loud applause.

For avid space watchers in the UAE this was a rara avis, like a rare celestial event, all the more so because it had a unique participant: Emirati Hazzaa Al Mansoori, embarking on his maiden pathbreaking space mission.

Hamad Obaid Al Mansoori, Chairman of MBRSC said, “A few moments ago, we watched Hazzaa Al Mansoori travel to space, inaugurating a new era of achievements for our beloved country, the United Arab Emirates. We are filled with pride and joy for witnessing this historic event. But we also pray for Hazzaa Al Mansoori’s safe arrival to the place that he worked hard to reach, along with an Emirati team and local and international partners. Today, we see the effort of the entire team in implementing the vision of our wise leadership on the ground.

“Today, we witnessed the launch of the first rocket carrying an Emirati astronaut. This is only the beginning. I’m confident that this mission will be a true inspiration for youth who now see Hazzaa Al Mansoori as their role model. I believe that Emirati youth are as dedicated and responsible as Hazzaa Al Mansoori and Sultan Al Neyadi, and will work to achieve their ambitions and those of our wise leadership, to create a promising future for the space sector,” added Al Mansoori.

The stars, the constellations, asteroids that dot the firmament above... present a brave new world in which only the adventurous of heart, those who can push boundaries can venture out to explore. Al Mansoori will study the impact of microgravity in comparison with that of gravity on Earth, in a huge laboratory that is the ISS with an average altitude of 400 km, circling the earth in a little over 90 minutes. Al Mansoori made a Winston Churchill-style V hand sign while standing on the stairs leading to the elevator which took the crew to their capsule.

The launch would not have been possible without the industrial-strength backing of the country’s leaders. Right from Sheikh Zayed, the founder of the UAE who outlined and laid the cornerstone for space expeditions, to the current crop of leaders, the space exploration programme shows that a nation less than 50 years young has made unbelievable strides. The land of such iconic landmarks as the Burj Khalifa and Louvre Abu Dhabi has shown that dreams can morph into realities – and how!

Little wonder then that Sheikh Hamdan Bin Mohammed Bin Rashid Al Maktoum, Crown Prince of Dubai and Chairman of the Mohammed Bin Rashid Space Centre, who witnessed the launch live from MBRSC, dedicated this historic achievement to the leaders of the nation. He said the achievement is a reminder of the historical contributions of Arabs to world knowledge and science, which are still being taught today in the world’s largest universities and science institutes.

As Emirati Shamma Al Shehhi says, “The UAE mission to space signifies a step into the future, a future filled with endless possibilities, with no limits to what we can achieve as a nation. In only 48 years we have achieved the unthinkable. We have risen from the ground to the clouds, and are reaching for the stars now.”

Or imbibe what another Emirati, Alyazia Al Qamzi, has to say: “I am not very surprised with an Emirati reaching for the stars and even headed for Mars. The UAE has transformed itself into becoming one of the most moderate and advanced nations of the 21st century. Who knows, a UAE citizen may be the first ambassador to Mars! Thank you Hazzaa for making the UAE proud. Aim for the Black Hole if you can!”

Our knowledge of the extraterrestrial may be finite, but the UAE has shown that where its groundbreaking initiatives are concerned, space is not the limit. Mapping the frontiers of the unknown is second nature to a country which has shown the indomitable spirit of stupendous innovation.

The American astronomer Carl Sagan once said, “The nature of life on Earth and the search for life elsewhere are two sides of the same question – the search for who we are.” The UAE is one nation whose quest for the unique is unceasing. 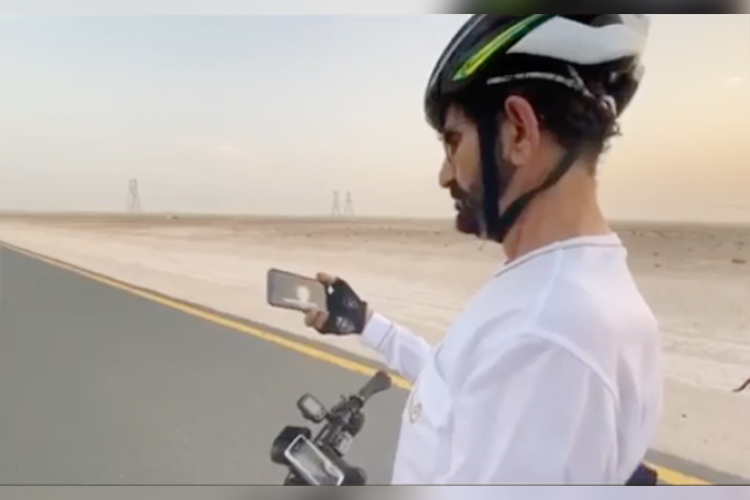 Sheikh Hamdan shared a video on his Instagram account showing Sheikh Mohammed in cycling gears making a stop on a cycling track to follow the Hazzaa’s lift-off. Sheikh Hamdan captioned the video,