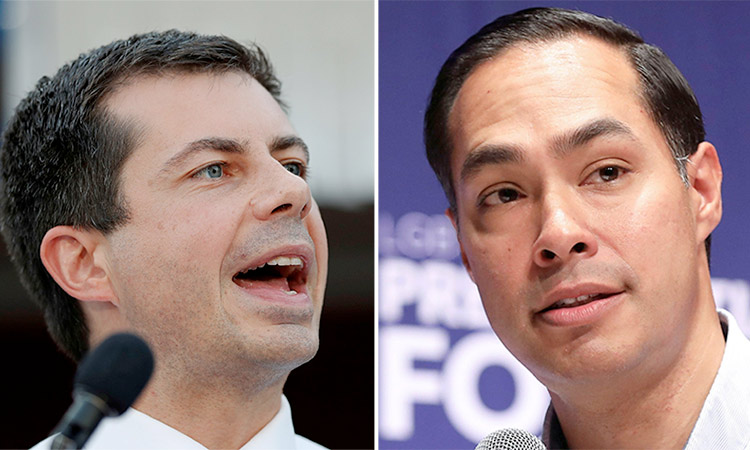 Gaffes, gaffes, everywhere gaffes. That’s what we saw last week in a weird, confusing debate of Democratic presidential candidates: misinformation, proposals that were downright embarrassing, and no, it wasn’t Joe Biden taking over. It was opponents proving they were just as gifted in this regard as the stumbling champion of the polls.

Consider, for instance, Beta O’Rourke giving up the f-word for a moment and saying, “Hell yes, we’re going to take your AR-15, your AK-47, and we’re not going to allow it to be used against our fellow Americans anymore.”

What he wants is a buyback program in which you get cash if you turn in your rifle and a fine if you don’t. These efforts don’t work, surveys report. Many of these guns aren’t registered, for one thing. It’s also the case that these two rifles are not automatic “battlefield” weapons as O’Rourke says. In fact, all rifles put together are used in a tiny percent of homicides, according to FBI statistics on identified weapons. Snatching them could well be unconstitutional, and a 2013 study by the Centers for Disease Control showed that law-abiding citizens use guns to protect themselves hundreds of thousands and maybe far more times a year.

While others on stage were also in favour of mandatory buybacks, nobody went so far on the broad issue of gun control as Sen. Kamala Harris. She said that, if elected president, she would give Congress 100 days to act on her gun control ideas and, if it didn’t, would put them in effect herself. Biden mentioned constitutional prohibitions, and she said that “instead of saying no we can’t, let’s just say yes we can,” which is another way of saying she sees herself as above the law and is unworthy of anyone’s vote.

Skip now to Sen. Elizabeth Warren, who twice refused to admit that she wants a middle class tax hike to pay for Medicare for all. She just rattled on about how the program, strangling us with a $30 trillion bill over 10 years, will cut costs in premiums and deductions for everyone in the middle while she will soak corporations to pay for it – a means of soaking average Americans through higher prices, lower wages and fewer jobs. She will also go after those worth more than $50 million with a wealth tax that many experts say won’t work. At least, it doesn’t start at $8 million or $12 million, the possible worth of Warren and her husband whose joint income over 10 recent years was $10 million, according to Forbes reporting.

Watch out because here comes Mayor Pete Buttigieg of South Bend, Ind., who said in the debate that the United States started the war with Afghanistan. Excuse me, but 9/11 occurred at the hands of al-Qaida terrorists from Afghanistan who happened to be buddies with the Taliban terrorists who ran the place. We responded to the attack, asking the Taliban to accommodate us, which was a bit like asking Jack the Ripper to help catch Jack the Ripper. It didn’t.

Sen. Bernie Sanders said in the debate that we have just about the highest child poverty rate in the world, which has to do with questionable statistics but is also a result of immigration in which unskilled entries are a chief cause of poverty increases.

We can’t ignore the fact that one of candidate Julian Castro’s multi-gaffes was to challenge Biden for contradicting himself when in fact he had done no such thing. Castro himself was the flub machine and not a very nice one at that. Biden sometimes got his words mixed up but was not as gaffe-prone as most of the other candidates wanting to spend us into oblivion.