The psychology behind Epstein’s money - GulfToday

The psychology behind Epstein’s money 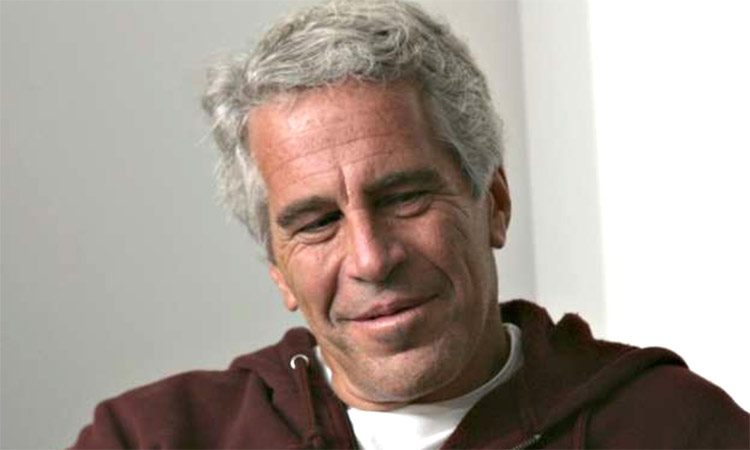 Why do good people take bad money? And what are the insidious effects of doing so? These are puzzles surrounding Jeffrey Epstein, the convicted sex offender, who so easily insinuated himself into prestigious universities and an orbit of prominent scientists years after his 2008 conviction. His billion-dollar fortune allowed him to lavishly fund their research activities and centers, among them MIT’s Media Lab.

But those receiving the money knew about his past. In fact, senior leaders at MIT approved Epstein’s donations and decided to keep them anonymous. MIT’s president, L. Rafael Reif, even signed a letter in 2012 thanking Epstein for a gift. Joi Ito has since resigned as the director of the MIT Media Lab, and others have apologized, but only after the gifts became public.

How could these educational leaders have taken Epstein’s money, knowing it was so tainted that the gifts needed to remain anonymous?

On a certain accounting, money is money. And isn’t the greatest good maximized when cash is directed out of the pockets of unsavory characters and into worthy research?

This calculus may have the patina of logic, but it is wrong. Consider the psychological principles at play when people take money from wrongdoers.

In a series of recent experiments, Arber Tasimi and others have shown that morally tainted money is worth less than face value. People would rather have $99 from a good guy than $100 from a bad guy.

However, when the differential becomes big enough, people abandon their principles, selecting $100 from a bad guy over $1 from a good guy. Even babies show this pattern, forgoing two crackers from an evil puppet in favour of a single cracker from a nice puppet. But when the evil puppet has eight crackers, they cave.

People have a deep-seated aversion to morally tainted money but also a strong temptation for the reward. When people take dirty money, this inner conflict is resolved with rationalization. And the power of rationalization is so strong that people will engage in elaborate cognitive gymnastics not to see the negative ramifications of what they have just done. Our behavior will shapeshift to protect our benefactor.

Research on conflicts of interest shows that, when confronted with the possibility that their benefactor is morally dubious, people will look the other way, selectively examine the evidence in front of them, and generally focus on whatever slim evidence remains that their benefactor has redeeming qualities. As Upton Sinclair observed, it is difficult to get a man to understand something when his salary depends upon his not understanding it.

The power of Epstein’s money had the intended effect on the scientists in his circle. Some, such as Robert Trivers and Lawrence Krauss, have defended him. Many others have remained silent, and this silence serves as a tacit endorsement.

A large body of research in social psychology indicates that people infer what is acceptable based on the actions of others, particularly those with status. Mere association with Epstein is a powerful social signal that minimizes his alleged crimes. After all, how bad could he be if so many respected scientists rubbed elbows with him?

In effect, this process amounts to a kind of moral money laundering. By accepting Epstein’s gifts, these scientists and institutions bestowed upon him their unspoken approval. Just as there is guilt by association with the corrupt, there is grace by association with the good (and in this case, the prestigious). Coffers lined with dirty money dry up eventually, but the erosion of trust in research it causes is lasting.

The Epstein story may be unusually lurid, but it reveals an underlying systemic problem that will continue to plague our institutions if change does not occur. Ito is gone from the MIT Media Lab, but most people (including those who continue to raise money at research institutions) share his vulnerabilities.

This problem cannot simply be solved by hiring better people. Policies, incentives and norms must be put in place that combat the psychological weaknesses introduced by dirty money. Just as the best way to stick to a diet is to keep cake out of sight, the best way to make unbiased decisions is to reduce access to information that creates bias.

Universities and research centers could, for example, evaluate gifts by reviewing the donor only and being blind to the size of the donation. Only through structural changes can we make our institutions less vulnerable to those who would use them to launder their reputations.

Epstein was a predator in more ways than one. If we do not take steps to fortify our institutions, the wolves will creep back in.