You might love to hate him, but Cameron did nothing wrong - GulfToday 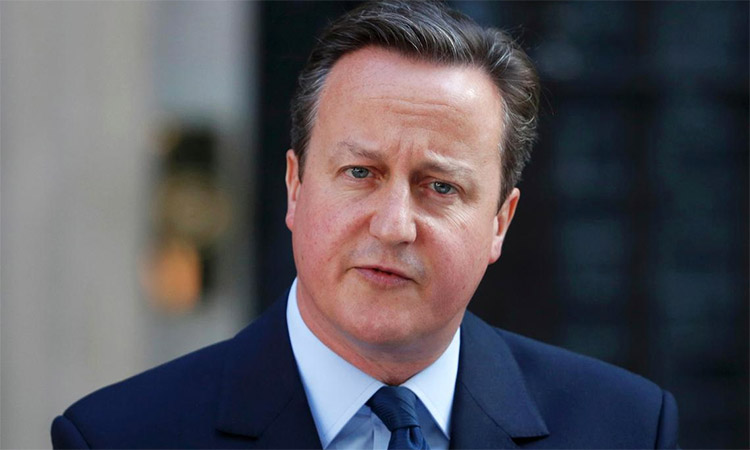 I never voted for David Cameron. I didn’t much like him, from what I could see, which, often as not, was a picture of him and his other over-privileged mates, including Boris Johnson, dressed up in their Bullingdon Club rig-out.

This, you may recall, was a secret Oxford student society that required as one of its initiation ceremonies a new member to burn a £20 note (later £50) in front of a homeless person. Maybe he did do this, maybe he didn’t, but it doesn’t say much for his judgement that he was prepared to hang out with people who would, and did.

A man who is prepared to do those things and then to go on to feign support for Aston Villa/West Ham is not someone who is going to be especially easy to like: Just a sort of rubberised Blair-clone, really. I very much doubt his forthcoming memoir will prove me wrong. His reputation remains low, even though the 2010-15 Con-Lib Dem coalition feels like a paragon of strong and stable government at this distance. More than anything, for course, Cameron is blamed – scapegoated, really – for the Brexit crisis and the damage it has inflicted on the country. Specifically, he draws fire for holding the 2016 EU referendum, which he promised, fought, lost and then ran away from.

It is widely regarded as his worst misjudgement by far – but this is where he has been hard done by. He did nothing wrong in promising that referendum back in 2013, and here is why. First, we had it coming. It was utterly inevitable. Sooner or later the British were going to have to face up to their basic unhappiness about the European project of “ever closer union”. As Jean-Claude Juncker, president of the European Commission, unkindly but accurately observed this week: “The British since the very beginning were part-time Europeans. What we need are full-time Europeans.”

The 1975 referendum, on remaining in the then-European Economic Community, set the precedent. The inexorable process of European integration did the rest. Treaty after treaty was passed and ratified, and without much recourse to the voters. It was entirely right, in principle, to consult the people on a great issue of sovereignty, which is what Europe had become.

In fact, it was often put forward, by all parties. It was Liberal Democrat policy under Nick Clegg to have an In/Out referendum to settle the issue once and for all. New Labour promised a referendum on joining the euro in the 1997 election, and in 2004 and 2005 Tony Blair, as prime minister, made some slightly wobbly promises about a referendum on the new European “constitution”. Lots of other EU countries were having referendums on Europe all the time. It wasn’t a weird or a uniquely Cameronian idea. Look back to the fateful speech Cameron gave at the HQ of Bloomberg in London, on Wednesday 23 January 2013, and you can see the force of his case: “People also feel that the EU is now heading for a level of political integration that is far outside Britain’s comfort zone. They see treaty after treaty changing the balance between member states and the EU. And note they were never given a say.

“They’ve had referendums promised – but not delivered. They see what has happened to the euro. And they note that many of our political and business leaders urged Britain to join at the time. And they haven’t noticed many expressions of contrition. And they look at the steps the eurozone is taking and wonder what deeper integration for the eurozone will mean for a country which is not going to join the euro. “The result is that democratic consent for the EU in Britain is now wafer thin.”

Of course, being “wafer thin” might have meant that a referendum could well go the wrong way, and Cameron certainly overestimated his ability to win the argument, and badly underestimated his opponents, as the 2016 campaign painfully demonstrated. He was, it has to be said, also let down badly in the 2016 campaign by Jeremy Corbyn and Labour’s lukewarm support.