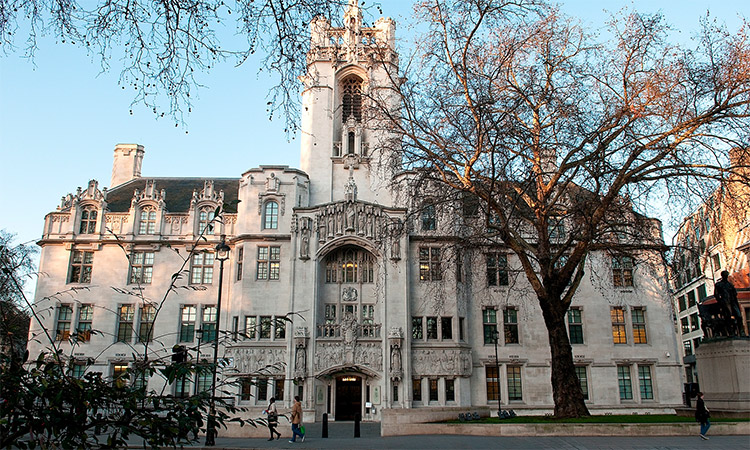 The Supreme Court will be asked to decide on Tuesday whether the prime minister’s prorogation of Parliament was legal. Its decision will have fundamental implications not just for the powers of the prime minister over parliament, but on how much Scotland’s distinctive constitutional history matters to the UK’s constitution.

The Scottish Court of Session, unlike the High Courts of Northern Ireland, and of England and Wales, took the view that the prorogation was a legal matter and not just a political question. The courts have jurisdiction to intervene when a prime minister’s actions are motivated by an improper purpose. In this case, the evidence showed that prorogation was an attempt to stymie the proper scrutiny of the executive by parliament. That, it concluded, was unlawful, and within the powers of the court to prevent.

Many commentators, including the prime minister, have treated this simply as a difference of view among judges. Lord Hope, the former Scottish Law Lord has said that the conclusion of the Scottish courts was reached on ordinary principles of judicial review, which do not differ materially between Scotland and England.

And yet Scotland does have a distinctive constitutional tradition which, despite the judges’ reluctance to acknowledge it, does in fact appear to have played a non-trivial role in leading the Scottish judges to come to a different conclusion.

The differences go back to the Glorious Revolution. The English Parliament passed the Bill of Rights 1688 while the Scottish Parliament passed the Claim of Right 1689. The two documents occupy a very different place in the constitutional imagination of the two countries. It was once commonplace among Scottish constitutional lawyers that the Claim of Right had greater significance than its English analogue.  In England, the significance of the Bill of Rights was mainly to codify and entrench principles already established by a series of significant legal decisions making the prerogative subordinate to the common law.

In Scotland, where there was no direct counterpart to these cases, constitutional developments were instead informed by memories of the Covenanting Parliaments of 1640–1, and they took a more radical stance in defending parliament’s rights against the executive.

Some of these resonate strongly with the present day. In December 1639, the Scottish parliament declared that it could not be prorogued without its consent. In June 1640 they met in defiance of an order of prorogation issued by Charles I to abolish the Committee of Articles, the main tool used by the executive to control them.

This does not, of course, mean that prorogation violates the Claim of Right. The Claim of Right is a creature of its time, and it does not create judicially enforceable legal rights as a modern statute might. Nevertheless, it evidences that Scotland’s constitutional tradition, unlike England’s, expressly rejected the executive’s power to prorogue Parliament against its will.

The High Court of England and Wales cited the Parliament Act 1949 to show that Parliament could be prorogued for a political purpose. Yet, from the point of the view of the Scottish tradition, there is a significant difference between that situation and the present one. In 1949, prorogation served the purpose of expediting parliamentary business. In 2019, as in 1640, the purpose of prorogation was to frustrate parliament’s legitimate business. This is exactly what the Scottish tradition stands in opposition to.

On Tuesday, the Supreme Court faces a choice. It can act as if the only task before it is applying shared principles of common law. Or it can engage seriously with the distinctive heritage of the Scottish constitutional tradition, and take seriously its historical rejection of the executive’s power to prorogue Parliament against its will. For a Court sitting at the apex of three distinct legal systems within the UK, it is the latter course of fully embracing our three constitutional traditions that can best ensure its continued legitimacy, and that of the Union.