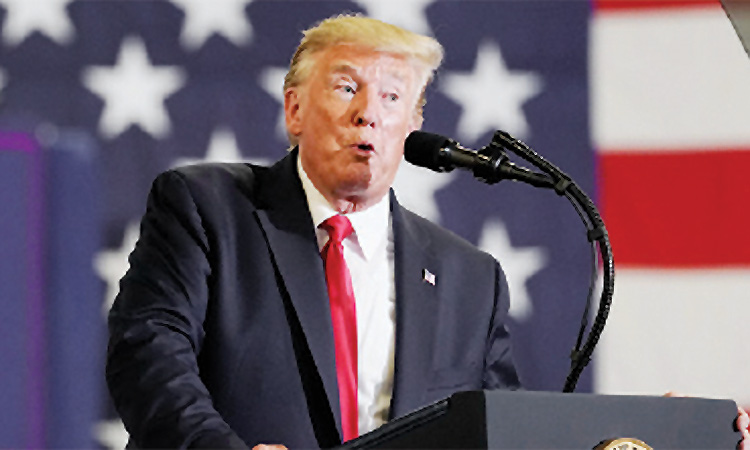 Donald Trump’s decision to call off negotiations and a covert face-to-face meeting with the Taliban demonstrated, once again, that he is a loose cannon on the international scene. Trump had been set to hold discussions Monday with senior Taliban leaders and Afghan President Ashraf Ghani at the US presidential retreat at Camp David with the aim of achieving progress on a peace deal. For the Taliban, this summit would have been a major politico-diplomatic breakthrough.

He cancelled the encounter, citing the Taliban’s admission that it had carried out last week’s suicide bombing in Kabul that killed 11 Afghans and a US soldier. He justified his action by tweeting, “If (the Taliban) cannot agree to a ceasefire during these very important peace talks, and would even kill 12 innocent people, then they probably don’t have the power to negotiate a meaningful agreement anyway.” Trump cannot claim that a US soldier is an “innocent” person as he is a combatant in the US war against the Taliban. Furthermore, there was no ceasefire requirement in the deal Trump’s minions were negotiating with the Taliban.

Taliban fighters have killed 2,500 US soldiers since Washington invaded in October 2001 after Afghanistan-based al-Qaeda launched attacks on New York and Washington on Sep.11 of that year. Trump’s negotiators have been talking with the Taliban for ten months despite continuing Taliban attacks on Afghan civilians and US forces.

He seems to have been warned that holding talks with the Taliban two days before the anniversary of the 2001 strikes on the US by al-Qaeda would be a public relations disaster. Trump also does not want to risk failure. The Taliban has flatly refused to negotiate with the Afghan government which has serious concerns about the US plan, particularly since a ceasefire is not included. Trump wants a victory and the opportunity to pull more than 5,000 of the 15,000 US troops out of Afghanistan ahead of the 2020 presidential election. The Taliban and Ghani are not concerned with Trump’s electioneering but with their survival. In his Informed Comment blog Juan Cole wrote that if the meeting had gone ahead it would have been a “Photo Op on the Deck of the Titanic.”

The second recent instance of Trump’s foreign policy failure was marked by the announcement that Jason Greenblatt is set to resign his post as Palestinian-Israeli peace envoy. Although he had no experience in regional politics and knows no Palestinians, he has worked alongside Trump’s son-in-law Jared Kushner on the administration’s peace plan, dubbed the “Deal of the Century.” Greenblatt’s resignation will take effect after the launch of the political section of the deal after the Israeli parliamentary election on Sep.17.

A strong supporter of Israel and of its colonisation policies who studied at a yeshiva, a Jewish religious academy, in the occupied West Bank, Greenblatt formerly served as the Trump Organisation’s legal officer. The Trump “peace” team was completed by the appointment of David Friedman, another political neophyte, strong supporter of Israel and Trump’s former bankruptcy lawyer, as US ambassador to Israel.

Like Trump, Greenblatt dismisses the historical and nationalist aspects of the Palestinian-Israeli conflict and believes it can be solved as if it were a “business transaction,” with payments provided whenever negotiations on each issue are concluded. However, the economic section of Trump’s plan fell flat when it was rolled out at a “workshop” in Bahrain at the end of June. The event was boycotted by the Palestinians and senior Arab figures and not attended by Israeli officials.

There will be no peace prize for Trump as the “Deal of the Century,” its unveiling repeatedly postponed, has been flatly rejected by the Palestinian side. President Mahmoud Abbas said Trump’s plan as well as the workshop would “go to hell” and argued “that the Americans intend to hold and present illusions.” Peace comes before investment in the future, argued Palestinian commentators and businessmen who had turned down invitations to attend the workshop. The cash-strapped Palestinian Authority made it clear it cannot be bought with promises of plenty while Israel continues to colonise Palestinian land and deny Palestinian self-determination in their country. Greenblatt is to be succeeded by Kushner’s aide Avi Berkowitz who studied for two years in a Jerusalem yeshiva and is another fervent backer of Israel.

Trump’s repeated calls for talks with Tehran have been repeatedly rejected by Iranian President Hassan Rouhani and Supreme Leader Ayatollah Ali Khamenei. Rouhani demands the US lift its punitive sanctions regime on his country and recommit to the 2015 six-nation agreement providing for Iran’s dismantling 90 per cent of its nuclear programme in exchange for an end to international sanctions. Trump violated the terms of the agreement in May 2018 by withdrawing the US and reinstating sanctions. Instead of listening to Rouhani, Trump orders fresh sanctions on a weekly basis, tightening the screws on the already shrinking Iranian economy and harming Iran’s population.

While European signatories of the nuclear deal have failed to overcome US sanctions, China is gearing up to challenge Trump, reports Juan Cole in Informed Comment, drawing on experts in the field. Angered and alienated by Trump’s tariffs on Chinese exports to the US, Beijing is set to invest $400 billion (Dhs1.5 trillion) in new oil and gas facilities in Iran under its “One Belt, One Road” plan designed to connect China to this region and Europe. China will build new roads and pipelines and deploy 5,000 troops in Iran to guard these facilities. China imported nearly a million barrels a day of crude oil from Iran last month, boosting that country’s falling exports. To avoid trading in US dollars, China is paying Iran in soft currencies earned in trade in Africa and elsewhere.

After weeks of talks, the US and Turkey have begun joint patrols in north-eastern Syria wrested from Daesh by US-backed Syrian Kurdish fighters accused by Turkey of being allied to their own insurgent Kurds. Trump’s pledge to pull all US troops out of this area has been dropped for the time being because Ankara had threatened to invade and occupy it, drive out the Kurdish fighters and resettle Syrian refugees there. Trump still wants US forces to depart but has had to compromise while Turkish President Recep Tayyip Erdogan has had to settle for a narrow buffer zone rather than a substantial occupation zone.

There will be no pointless photo-opportunity summits between Trump and Taliban leaders, Abbas, Rouhani and Erdogan. The Taliban, Palestinians, Iranians and Turks have taken Trump’s measure as a man who talks and tweets up a storm but does not deliver. Trump is a hollow man. 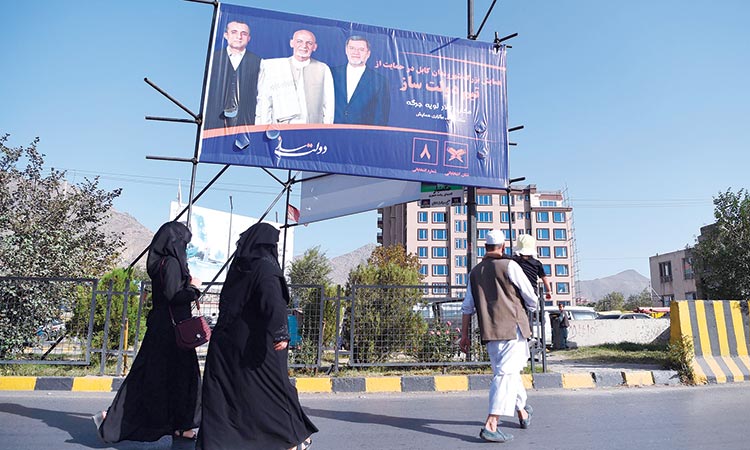 Trump pledges to hit Taliban harder than ever as talks end

President Donald Trump used 9/11 remembrance commemorations on Wednesday to announce an unprecedented escalation of the US military assault on Afghanistan’s Taliban - just days after he wanted to hold peace talks with the insurgents. 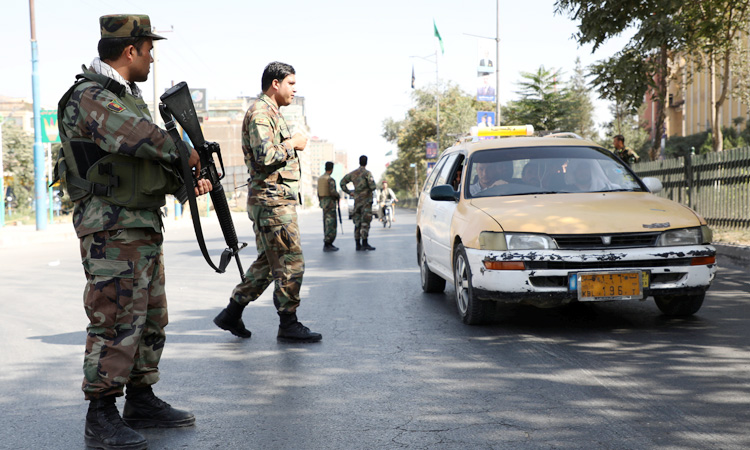