Salvini is gone for now, but the EU needs to act fast - GulfToday 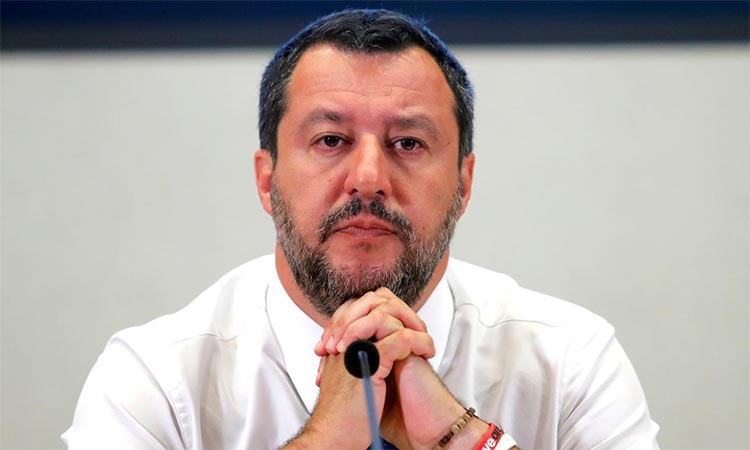 It was a crisis that began when Matteo Salvini, the pugnacious leader of the League and former deputy prime minister, pulled the plug on his coalition with the Five Star Movement in the hope of triggering elections. The move backfired. Instead of Salvini’s rise to power, the Five Star and the pro-European Democratic Party opted to form a coalition to avoid an expected drubbing at the polls.

The new government is good news for Europe on several fronts. If the parties had not been able to join forces and form a government, there would have been new elections, and polls leave little doubt that the vote would have brought in a government led by the League. Salvini had promised a package of tax cuts and greater spending worth €50bn, and while he may have moderated his plans in office, his ambiguous stance on the euro and flirtation with the idea of a parallel currency would have rattled investors. That would have increased the costs of financing Italy’s debt, and ultimately raised the risk of Italy leaving the euro.

A League-led government would have also spelled trouble for the EU on foreign policy, as Italy would forge tighter links with Donald Trump and Vladimir Putin, although it probably would not have gone so far as to veto EU sanctions on Russia. Domestically, there was also a risk that Salvini’s strongman tendencies and inflammatory rhetoric could have led to a gradual erosion of the democratic norms that underpin Italy’s political system. With a large majority, the League would have been highly influential in determining the choice of Italy’s next president when incumbent Sergio Mattarella’s term ran out in 2022.

By contrast, Italy’s new coalition is likely to take on a much less confrontational stance towards the EU. The Democratic Party is staunchly pro-European, and the Five Star are much less Eurosceptic than the League. Both parties supported Ursula von der Leyen as president of the European Commission. This in itself is likely to ease tensions and set a new friendlier tone in the relations between Italy and the EU.

The new government will pursue a more conservative economic policy than either the previous League-Five Star coalition, or a government led by the League. While it has no appetite for fiscal tightening, and wants to change EU fiscal rules, it is much less willing to pick a fight with Brussels, as shown by the choice of Democratic Party MEP and university professor Roberto Gualtieri as finance minister. The new government is also likely to adopt a more humane stance on migration, allowing rescue boats to dock in Italy – instead of waiting for weeks as under Salvini’s orders – reducing friction with other member states.

In foreign policy, neither of the parties in the new coalition is as close to Russia as the League, removing the risk of a pro-Kremlin government at the head of one of the EU’s largest member states. And the Democratic Party will guide the government towards positions that will ease tension between Italy and Washington over China’s global development Belt and Road Initiative which Italy signed up to earlier this year.

While the risks of a League-led government have been averted for the time being, there is no room for complacency. The new government may not last long. The Five Star and the Democratic Party have spent the past few years attacking each other and there is bound to be friction between the two, both in terms of policies and on a personal level.

The new government is also taking office with the economy in a very fragile state, and with a global slowdown looming. Economic weakness will provide Salvini plenty of ammunition to attack the new coalition, and he will continue to exploit ongoing frustration with the number of migrants arriving in Italy. Out of office, his rhetoric will be even more radical.