Johnson’s actions are showing his weakness, and making a no-deal Brexit unlikelier than ever - GulfToday

Johnson’s actions are showing his weakness, and making a no-deal Brexit unlikelier than ever 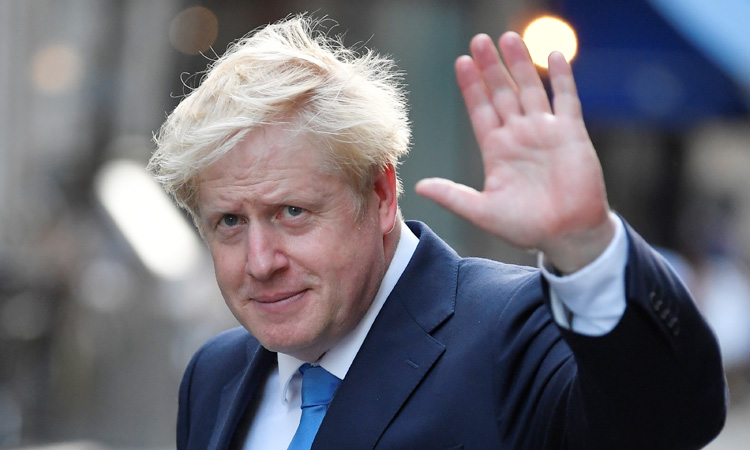 No one seems to believe the prime minister’s reasons for preventing parliament from sitting for five weeks. He says it is the normal procedure before a Queen’s speech setting out a new government’s programme, which it is not.

But the fury over the misuse of the royal prerogative risks distracting from the important point. Boris Johnson’s resort to a cloak-and-dagger device confirms that he thinks the House of Commons is likely to block a no-deal Brexit. It is a sign of weakness rather than strength.

And the paradox is that he may have made it more likely that his opponents will succeed. It is quite possible that, if MPs had been allowed to extend their September sitting, their work of endlessly discussing what to do about Brexit would have expanded to fill the time available without coming to any definite conclusion.

As it is, Johnson’s Cromwellian suspension of parliament has offended and annoyed some of the Conservative MPs who might otherwise have been inclined to let him have the “30 days” of which Angela Merkel spoke to try to negotiate a new Brexit deal.

When parliament meets on Tuesday, the Tory rebel numbers will be maximised. That does not mean they will succeed in legislating against a no-deal Brexit, but they might stand a better chance than if the prime minister had just let things ride.

Oliver Letwin, one of the leaders of what The Sun possibly inaccurately called the “Rabble Alliance”, said that “there is time” to get an anti-no-deal bill through the Commons before it is suspended, but that he was “not sure if there’s a majority for it”.

I think he is right on both counts. An act of parliament designed to block a no-deal Brexit could be passed from the back benches in four days. That was all it took when Yvette Cooper, with Letwin’s support, passed a similar act in April. It needed one day to take control of the Commons timetable, one day to get the bill through all its Commons stages, and then two days in the House of Lords, on the second of which it returned to the Commons and received the royal assent.

It may be harder to get a similar bill through the Lords this time – last time Theresa May’s government more or less gave up at that point. But the Remainer majority in the upper house is ready to suspend standing orders to overcome a campaign of wrecking amendments from hard-Brexit peers. If that needed an extra three days, parliament could vote to sit on Friday and over the weekend.

Incidentally, we can ignore suggestions that Johnson could flood the Lords with new peers: that could not be done in time, because the house allows only two new members to be introduced per day.

So there is time in the next few days to legislate against a no-deal Brexit. Oliver Letwin insists that such a law would be effective, although it will be hard to judge until we see the wording. But the real question is whether or not enough rebel Tory MPs feel strongly enough to vote against their own new prime minister. I think it’s 50-50.

And if MPs fail to block a no-deal Brexit this time, I think they will succeed in October. Johnson could secure a change to the Brexit deal at the EU summit in mid-October that would allow him to get it through parliament. But if not, I think MPs would act. Again, they would have time, and by then the anti-no-dealers would be guaranteed a full turnout.

It would be at that point that I think, as I wrote last week, that Johnson would resign rather than ask his fellow EU leaders for another extension – although he might try to stay on to fight an election or to announce a new referendum.

We should ignore the outrageous off-the-record briefing from Downing Street sources suggesting that Johnson would advise the Queen to refuse the royal assent to such a law, or that he would refuse to leave office if the Commons carried a motion of no confidence against him.

Johnson knows the House of Commons can defeat him, and by his reckless provocation he has made it more likely that it will.