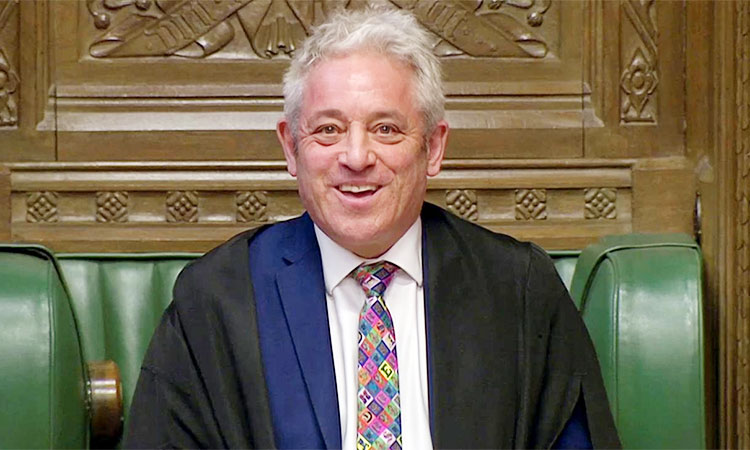 When Charles I arrived in the chamber of the House of Commons in January 1642, armed guards in tow, to arrest a group of MPs for treason, it was the speaker who stood in his way. Instead of giving up the so-called traitors, speaker William Lenthall rebuked the King and reasserted the power of the Commons, telling Charles, “I have neither eyes to see nor tongue to speak in this place but as this House is pleased to direct me.”

The struggle for power between executive and legislature is not a new one. But the possibility of John Bercow taking the lead in the battle to stop Brexit offers the prospect of a modern-day stand-off, every bit as compelling as the one that took place in the months before the Civil War. It’s not Jeremy Corbyn, Yvette Cooper or Ken Clarke who’s best-placed to stop Brexit, but Bercow himself.

It’s an opportunity that Bercow plans to exploit to the full. The reaction from Bercow to Boris Johnson’s plan to hold a Queen’s Speech in mid-October, with parliament not sitting for a period of almost five weeks beforehand, was telling. He took time out from his holiday with his family to fire off a vicious message, saying that the PM’s plan is a “constitutional outrage” and an “offence against the democratic process”.

There was no need for this, of course. With a different person in the chair, you could expect the speaker to stay above the fray in such matters. Just as the Queen hasn’t knocked out a quick press release from Balmoral giving her two cents, so previous speakers would have kept quiet. Even if they did stick their oar in, other speakers might have given a more rounded view of where this planned prorogation sits in parliamentary precedent. Bercow could have pointed out that there is always a recess during September and October for party conferences; that the Queen’s Speech is long overdue; and that the PM’s plan will lead to the loss of just a handful of sitting days.

There was, however, no chance of any such approach. Bercow is someone who has always loved being the centre of attention. As his biographer, I should know. For him, supporting a cause means being the loudest voice in the room. When he was a Eurosceptic, Bercow was so fervent in his beliefs that he even vowed to carry on using French francs on his holidays, in protest at the introduction of the euro. Now he’s decided that Brexit needs to be stopped, his personality drives him, inexorably, to take up the fight more fiercely than anyone else.

Nor is there much that the government can do to stop him. As speaker, Bercow alone can decide what’s permitted by parliamentary precedent, and he’s shown himself willing to ignore precedent entirely and to tear up the rules when needed.

It’s also easily forgotten that Bercow’s speakership is in the end of days. In the chair since 2009, he’s already outlasted a promise to stand down after two parliaments, and was almost toppled by a bullying scandal last year. In a future general election, the Conservatives are likely to use this as an excuse to run a candidate against him in his Buckingham constituency: Bercow would almost certainly lose. He may have just weeks left in the job, and he’s in need of a legacy.

So now will be the time for Bercow to push the nuclear button. If there’s a prospect of revoking Article 50 before 31 October, Bercow will ensure that there is time for such a law to pass.

A speaker hell-bent on stopping Brexit, with little left to lose, will be a very dangerous opponent for Johnson. Only one of their political careers can survive this confrontation. The outcome of this battle may well determine whether the government will survive – and whether Brexit will happen at all.