The sudden outrage over the Amazon fires smacks of hypocrisy - GulfToday 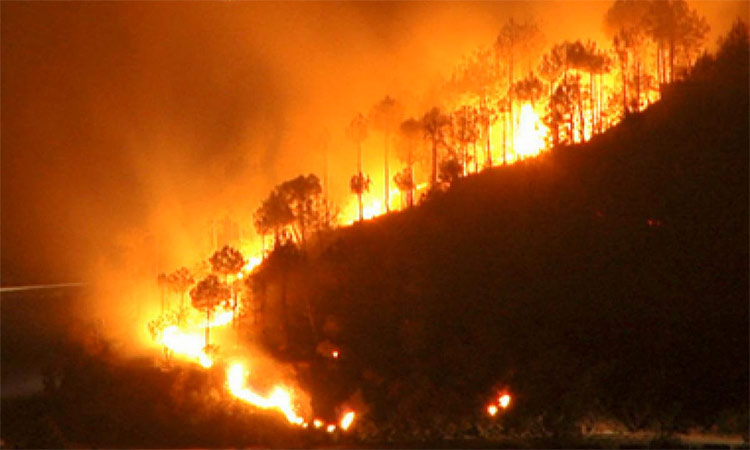 A fire burns along the road to Jacunda National Forest, near the city of Porto Velho in the Vila Nova Samuel region, Brazil. AP

The Amazon is burning. It’s been burning for years. Don’t you remember at school, your environmentally conscious teacher would sit your class down with a string of videos showing the devastation in one of the most incredible regions in the world? These videos would show the large-scale deforestation, would explain that the Amazon is the most important ecosystem on Earth, and would show indigenous people being stripped of their homes and livelihoods.

These videos would show fires set intentionally, clearing the landscape for large-scale farming. These videos were made in the 1980s and 1990s; this is not new information.

The story that the Amazon is facing an unprecedented threat could have been the front page of the newspapers and the leading headline on any news bulletin for the last three decades. So, why is it only in the last week people are really paying attention to it? Why the sudden outrage now, when so many opportunities to prevent the problem escalating have been deliberately missed?

A couple of months ago, after protracted negotiations, the EU finally reached a deal with the “Mercosur” group of nations. This bloc consists of four South American nations: Argentina, Brazil Paraguay and Uruguay. It is a deal that matters more because of its environmental impact.

Under this trade deal, Mercosur countries will be able to bring 99,000 tonnes of beef into the EU with 7.5 per cent tariffs (and other concessions). How do these countries find the vast open spaces they need to place their beef cattle, and meet promised trade production levels? Through deforestation of the Amazon – and the deliberate burning of land to make it suitable for animals.

Irish Prime Minister Leo Varadkar was one of the European leaders to state last week that, unless Brazilian president Jair Bolsonaro got his act together and stopped intentional fire setting in the Amazon, Ireland would back out of the Mercosur trade deal. Yet in July, Varadkar was asked about this deal and how perilous it would be for Irish farmers. He responded saying: “We export 90 per cent of our food. We’re a major food exporter and that’s only possible because of free trade. So, Ireland has to be very careful not to become a country that suddenly is against free trade and blocking free-trade deals.”

So Varadkar understood, and supported, the deal only six weeks ago. Likewise, when the final deal was first announced in June, French president Emmanuel Macron and German chancellor Angela Merkel shared no concerns about the potential effects of unsustainable beef farming. Merkel, in fact, was more concerned with getting German manufactured cars into South America.

Bolsonaro is a politician that, like Donald Trump, everyone loves to hate. He denies climate change and last week went as far as saying that NGOs are intentionally setting fires in the Amazon to embarrass his government.

But Bolsonaro was not the first Brazilian president to encourage large-scale deforestation. Fires and rainforest removal have been happening at levels that are too high for decades. He cannot be held single-handedly responsible because he’s a useful scapegoat when images of the lungs of the planet set alight go viral.

European politicians have had decades to get on top of this problem, and the EU-Mercosur trade deal provided the best possible recent opportunity to do that. Politicians shouldn’t be reacting to images and headlines; they should be proactive. Once again, Europe’s politicians have succumbed to the popular view – but much too late.

I hold out some hope: the final deal may not be written up and signed for around another two years. There’s time to pull out; there’s time for Varadkar to protect his farmers and for the Germans to find another way to flood the South American car market with their products.

And, most importantly, there’s still time for the rainforest to recover. But that time is running out.