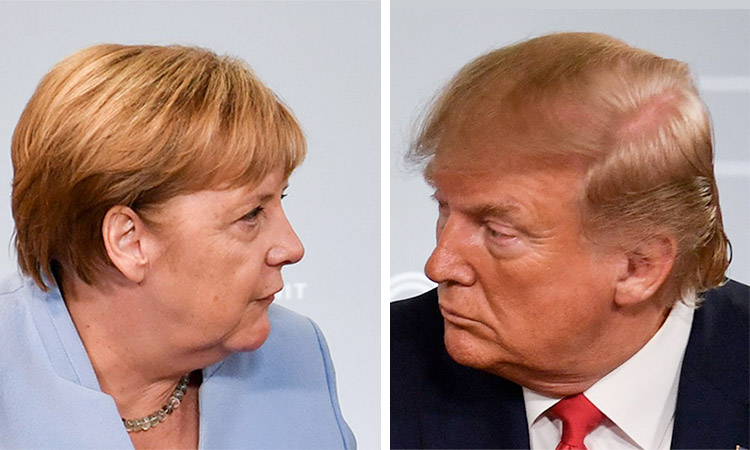 On the surface, Donald Trump was on his best behaviour: flattering fellow leaders in Biarritz at the Group of Seven summit, tweeting his delight at being there, and even somehow resisting the urge to tweet about a shock visit to this seaside city by Iran’s foreign minister.

The smiles were wide, the handshakes warm. “Everybody’s getting along!” Trump said, minutes after he arrived. But beneath the surface, Trump was still Trump — just as hard-line as ever, just as resistant to compromise, and just as sure he’s right as the allies are sure he’s wrong.

Trump came to the summit after one of the most consequential days of his presidency — ordering a retaliatory boost to China tariffs, and seeming to demand, via tweet, that US companies stop doing business with Beijing — a diktat that would upend the global economy in the unlikely event it were followed.

Here, he continued to push. Trump briefly said he was having second thoughts on China, before aides walked that back to say his only possible regret was that the proposed tariffs weren’t even more punishing. He agitated to re-invite Russian President Vladimir Putin to the global leaders’ club — an idea poisonous to most of his peers.

Trump even publicly split with his closest friend here, saying he wasn’t overly troubled by North Korean missile tests that have clearly rattled Japanese Prime Minister Shinzo Abe. And behind the scenes, US officials accused France’s Emmanuel Macron of secretly trying to sabotage Trump at the meeting — even before the surprise visit by Iran’s Javad Zarif.

But the differences were most stark on trade. Trump gamely tried to insist no one had complained about his trade war with China — though new UK Prime Minister Boris Johnson, sitting not three feet away, later told Trump it’s time to “dial it down.”

The truth is, Trump was hardly alone in expressing disagreements. The Europeans had their own share of spats, and that took some of the pressure off the six-against-one dynamic of past summits. Also helping was the presence of Johnson, who sparred as much with the European Council’s Donald Tusk over Brexit as Trump did over anything at a past G-7 meeting. Macron and Germany’s Angela Merkel also engaged in a tiff over a South American trade agreement.

And Macron was forced to admit that the one thing the G-7 might do in the face of a looming global slowdown — coordinated fiscal stimulus in their home economies — wasn’t agreed to by the leaders gathered in the south of France. Tax policy or budgetary changes aren’t to be decided at the G-7 level, he said. The one who seemed most intent on doing it, though, possibly in the form of a tax cut, was Trump. Johnson, too, watered down his maverick nature, including a jab at Trump on China, with a playful demeanour. “Listen, the president is full of beans,” Johnson told one UK broadcaster.

There’s an element of familiarity-breeds-contempt at such gatherings among entrenched leaders. Yet Trump’s gotten better at the art of the summit, including praising his impromptu lunch with host Macron as the pair’s best meeting ever. He frequently employed the shoulder squeeze favoured among powerful men, and even managed a double-kiss for Merkel at the group’s “family photo.”

And the allies have gotten better at dealing with Trump. Partly, the G-7 leaders have figured out what Trump’s Republican allies at home now know: don’t take the bait every time, don’t react to every utterance and tweet, and leave some breathing room for Trump to be Trump.

One abiding storyline heading into this summit was, could it be the last? Has the alliance of “advanced economies” outlived its usefulness? Is it time to kick some countries out, and bring others in?

Not a chance, it seems. Because next year, the G-7 is being hosted by one leader who would never miss a chance to play on his home court: Donald Trump. 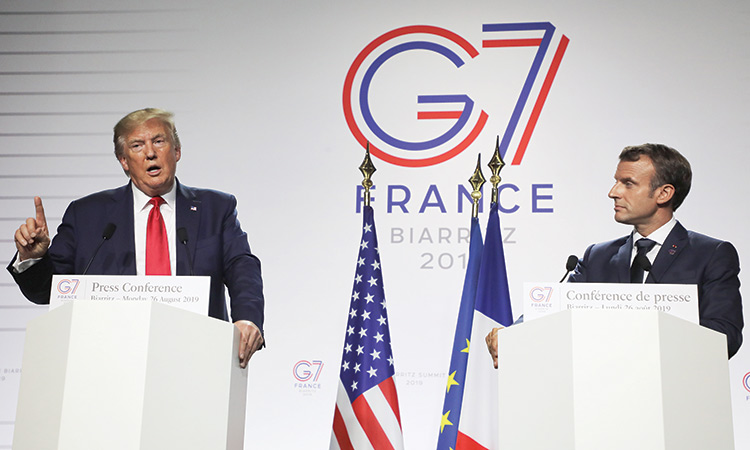 US President Donald Trump on Monday predicted a trade deal with China after positive gestures by Beijing, calming global markets that have been roiled by new tariffs from the world›s two largest economies. 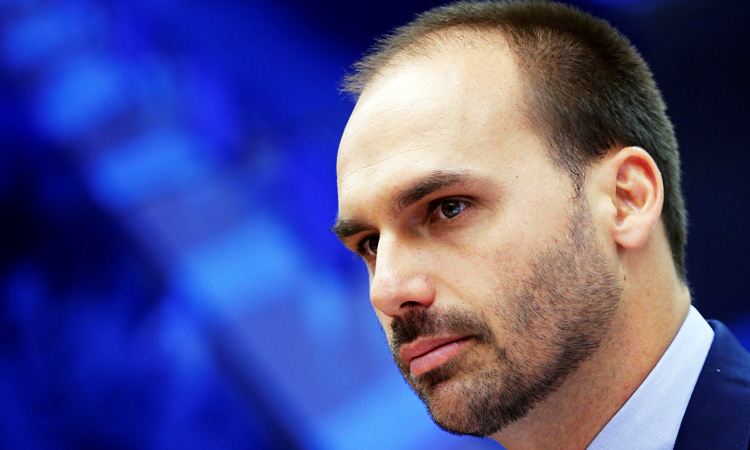