The European elections showed that together Remain forces can outpoll Leave, but tribal politics is hampering unity - GulfToday

The European elections showed that together Remain forces can outpoll Leave, but tribal politics is hampering unity 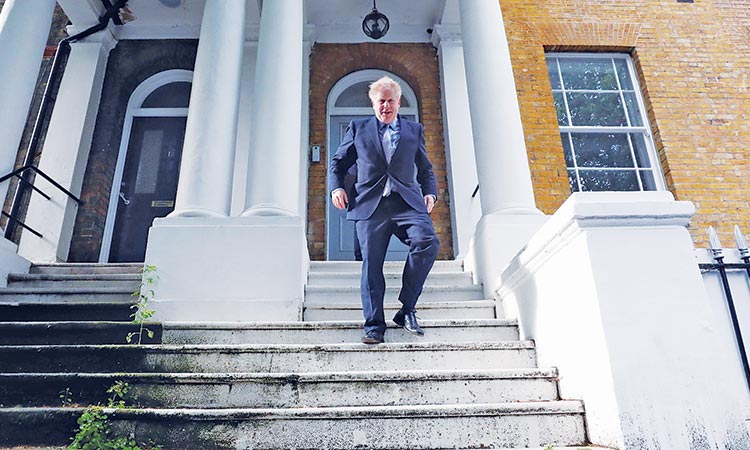 Historically, our country has valued being calm in a crisis. We like coming together in the face of adversity. During times of national emergency, our politicians have put aside the petty prejudices of party loyalties to form national governments – working together to lead the country out of turmoil. At other times, they have formed alliances in elections.

As the Johnson government hurtles towards a no-deal exit from the EU, the time for politicians of all stripes to go the extra mile in working together has surely come. Brexit has already provoked a flurry of cross-party letter writing, earnest meetings and wise nodding across the House of Commons chamber. We now need MPs not just to commentate in chorus, but to work together to secure office for an alternative administration.

As things stand, the most likely outcome of a no confidence vote in Boris Johnson’s government is a general election. With both big parties divided on how to resolve Brexit, that election on its own may not yield a real resolution to our present political crisis. Two paths therefore emerge for progress: either a cross-party government now, or a cross-party Remain ticket at an election.

The first option cannot and must not be the subject of any more mudslinging by the opposition parties. The nature of the emergency demands decorum from all sides, and a dispassionate assessment of how a new government could command a majority. A mechanism needs to be found in parliament to test the prospects of alternative administrations.

If the Johnson government is voted down, there are only 14 precious days for Buckingham Palace to call for an alternative prime minister and for the House of Commons to show its confidence in that person, and their administration.

The Commons has been innovative in the last several months, finding unusual means to have indicative votes on alternative Brexit propositions, to take control of the order paper from the government, and to ensure parliament cannot be prorogued at critical moments. Every ounce of wile and verve that MPs have now needs to be deployed again to establish, without rancour, some arithmetic assessment of who the palace could call on to take over from Johnson.

For millions of British people on both sides of the Brexit argument, the democratic thing for that temporary government to do would be to take no deal – for which there is no mandate from either 2016 or 2017 – back to the people. Remain would be the alternative, and I believe it would now win. An election could follow such a referendum, and would then be about choosing a new domestic programme for government, not acting as another proxy on the Remain/Leave issue.

However, a national government may only be able to agree on stalling no deal, in which case the country is destined to have a Brexit election. No single Remain force can triumph alone, but the European elections showed that together those forces can easily outpoll Leave. With Nigel Farage ready to cede ground to the extremes of the Conservative Party, and vice versa, a Leave alliance is a racing certainty. Remainers don’t have long left to decide how to respond. The words of Donald Tusk ring loudly in my ears: “Please do not waste this time.”

The Remain movement needs to come behind those like Jess Phillips, Bridget Phillipson and Anna Turley who are prepared to lead their constituencies rather than follow them. And it should work together to defeat figures like Dominic Raab, Ross Thomson and Zac Goldsmith whose views are way out of kilter with those they represent.

At Best for Britain, we’re launching a tool to help Remainers find out how to vote and where to help, to make sure the next parliament takes Britain back from the brink. Putting the country’s future above tribal politics, we espouse outward-looking internationalism which sees the European Union as an opportunity, not a threat.

Now is the time to set party politics aside and work together in a Remain alliance. As MPs return to Westminster, the government has set a course to send the country into ruin. There is still time to change direction and head for rescue instead.