Why the Chinese fail to understand the HK stir - GulfToday

Why the Chinese fail to understand the HK stir 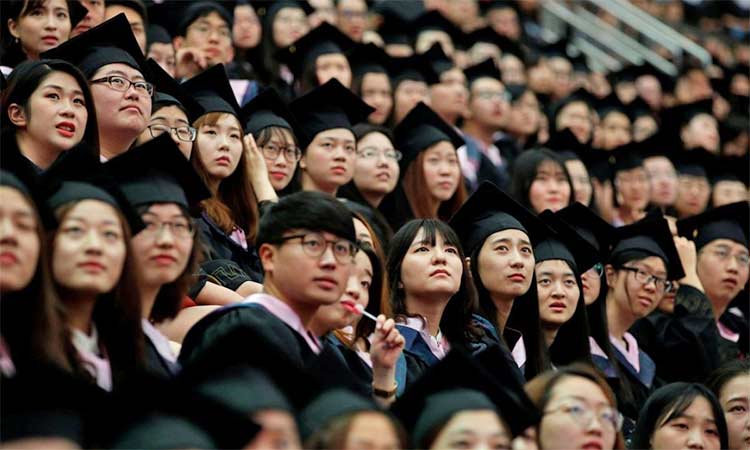 It’s hard for Americans to understand why so many Chinese students attending school in Western countries have turned out in recent days to express support for the Chinese government in its current conflict with Hong Kong protesters. The Chinese students have tried to shout down demonstrators at pro-democracy rallies in the United States, Canada, Australia and the United Kingdom.

I don’t agree with the students’ pro-Beijing sentiments on Hong Kong, but I think I understand them. They remind me of myself when I first came to the US to study in 2009.

Soon after arriving, I saw protests in front of the Chinese Embassy in Washington, organized by Tibetans in exile, but I couldn’t make sense of them. Weren’t Tibetans happy with the high-speed trains and nice buildings the Chinese had built? Weren’t Tibetans making more money doing business with the Chinese? These were among the questions I asked the Tibetans who reached out to me seeking friendship — people born in refugee camps in India to parents who fled Tibet while dodging bullets from Chinese guns.

I’m grateful that my Tibetan friends responded to my misguided questions with understanding instead of condescension. Even so, it took me several years to be able to understand on an emotional level the sufferings of many Tibetans in China. My thinking about Tibet had been fully shaped by Chinese propaganda, which held that China had freed Tibetans from serfdom and brought them prosperity and happiness. I had no access to contrary opinions because of government censorship, so I couldn’t fathom that Tibetans were self-immolating to protest the severe suppression of their language, culture and identity.

Studies show that overseas Chinese students — totaling about 1.5 million, including more than 300,000 in the United States — still rely on information from China’s heavily censored internet and media. That helps explain the fervour demonstrated by some of the anti-Hong Kong protesters. But it is deeper than that.

For those of us who grew up in a system where information control is all-encompassing, processing ideas contrary to what we were taught and believed all our lives is not easy. It takes an innate curiosity, constant reading of uncensored information and self-reflective thinking — none of which are encouraged in China.

Unlearning untrue information and the beliefs it engenders can take a lifetime. I left China a decade ago, but today I still occasionally question the truthfulness of certain knowledge I have — because I learned it in school in China.

When Chinese students step outside of China to study, they are struggling to adapt to a new education system, and are frequently confronted — in class, in daily life, and online — with assumptions that they have been “brainwashed by the Chinese government.” It makes some feel attacked and reaffirms what they were taught in China: The West is biased and hostile.

All that helps explain why pro-Hong Kong posters on the campus of University of Tasmania in Australia were repeatedly torn down. The main Chinese student group at the university published a statement calling the posters an “insult to China.” It said the group “resolutely defends the motherland’s unity ... resolutely opposes any act that attempts to split China.” Such language comes straight out of the Chinese government propaganda lexicon. To these students, their earlier teachings remain the only way they can argue or even think about politically contentious issues.

This is doubtless what the Chinese government intends. It is only human to want to speak one’s mind, but when years of conditioning teach people that having one’s own thoughts and speaking them can bring serious reprisal, you gradually learn to avoid thinking for yourself at all.

When I was in school in China, facing incomprehensible concepts like “the scientific system of Mao Zedong thought,” and “socialist system with Chinese characteristics,” I told myself not to think about their meaning but just to memorise them and regurgitate them on the exams. When you live under Communist Party rule, not thinking is self-preservation.

Even emotions are calibrated by the state. We are taught to be happy about certain events, to be sad or angry about others, but never to pause and ponder why. Shortly after a friend of mine emigrated to Hong Kong from the mainland in early 1997, China’s paramount leader, Deng Xiaoping, died. My friend, then a middle school student, went to the Liaison Office, Beijing’s representative in Hong Kong, to pay tribute to the fallen leader. As he was leaving the building, a local Hong Kong journalist asked him why he was crying. “At the moment, I was just dumbstruck,” he told me. “’Why am I crying?’ I asked myself. I didn’t really know.”

Even though it is challenging to expose Chinese students to fundamentally different ideas, it’s important to continue interacting with them. Universities and educators should double down on respectful, nonjudgmental engagement, mindful that the students may feel compelled to appear to defend the Chinese government. Chinese authorities have long monitored and conducted surveillance on students from China on campuses around the world.

For me, learning about the Chinese government’s human rights violations led to the work I do today at Human Rights Watch. In the long run, today’s students living abroad may be best positioned to return home and chart a new direction for China.