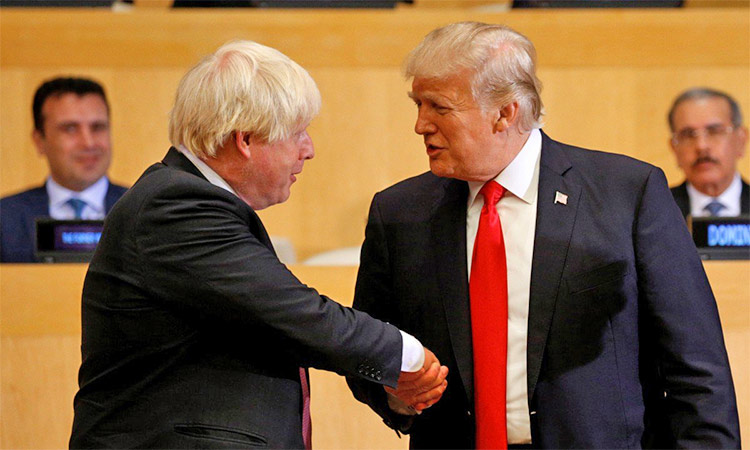 Although many have condemned Donald Trump’s recent comments regarding four Democratic congresswomen, this has not stopped a flurry of articles and opinion pieces appearing over the last few weeks questioning whether the statement “go back to where you came from” is racist.

As far as I am concerned there is no contention here: to argue the case plays into the hands of the politicians who seek to ride on the back of past and present commentary on matters of race. Perhaps the writers of these articles do not recognise the power and legitimacy they give to racist politicians and the outdated, worn-out messages that directly impact Bame communities. But this sort of rhetoric is dangerous, and rather than increasing connection between politicians and the people they serve, it reduces the sense of belonging in society.

Prince Harry’s impassioned plea to society, his appeal to the common ground and a shared humanity in defence of his wife, shows us all just how important it is to send out powerful messages that seek to reduce conflict and not increase it. Though of course he is already being condemned for speaking out about unconscious bias and racism as if he is somehow wrong in his condemnation and out of order for having given voice to his experience.

The importance of a “sense of belonging” has been highlighted in almost every report, document and review on race equality that has come out in the last couple of years and is a vital component to psychological wellbeing. We all need the possibility of being able to feel good enough, to live well enough and to function to the best of our ability within the context we find ourselves.

With one sweep of a tweet that sense of belonging so vital to our wellbeing is diminished and we are left feeling vulnerable. Home is, after all, a place where we deserve to belong. Yet persistent, unwanted calls to “go home” run deep in our psyches, bringing back painful memories of the indefensible actions taken against us in the past – and are still being perpetrated to this day.

We see this too in the UK, with our current prime minister’s comments about Muslim women looking like letter boxes, and references to black people’s “watermelon smiles” only the tip of the iceberg. If the leader of a country feels free to make these comments on a national stage, what bleaker opinions are held behind the privacy of a closed door?

My life began as an abandoned baby left on the streets of Mumbai, rescued by the local police and sent to an orphanage where I spent the first months of my life. I was eventually adopted into a large, multiracial family with six brothers and sisters from different backgrounds. I had no agency in the matter of my own migration and adoption. So when they suggest that people like me should “go home”, where should I go? There is no home for me to return to. Although I would love to meet my birth parents and brothers and sisters (should they exist), I feel a constant loss in my life.

Despite these unrelenting painful journeys and experiences, I have felt the love, connection and deep friendships from many white people. Most friends, family and work colleagues have not sought to put me back in my place or send me home. I derive hope from these human connections. I believe that the vast majority of people stand up for equality and diversity. And yet racism continues to run through the structures of our society.

In 2019 we are witnessing political acrobatics of the worst kind, a kind that robs people of their wellbeing and their sense of belonging. Politicians must find a way to restore faith and trust between communities to ensure that everybody feels like they belong.