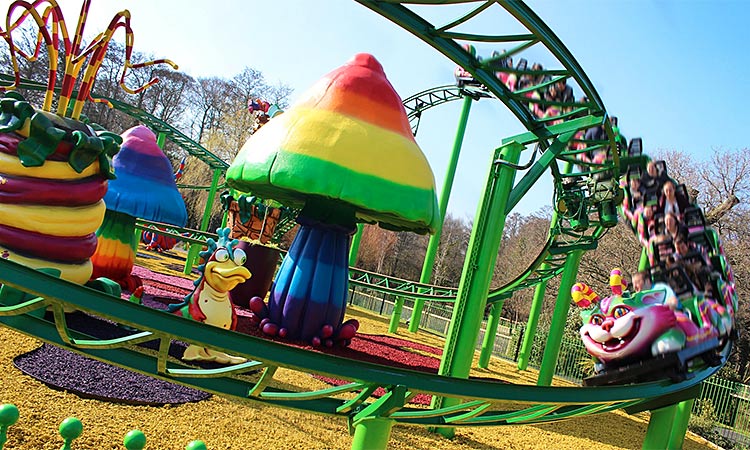 There is a wide gap in the UK between the rich and the poor, particularly in London, where poverty and wealth live side-by-side. It is the richest city in the country but also its most unequal.

A family could live in a modern property worth £2m and just down the road, three small children could be sharing a damp bedsit with their mum. The situation was recently highlighted in “Bedrooms of London”, a major exhibition about London’s most vulnerable children.

The school summer holidays can be a stressful period for low-income families and for the approximately 700,000 children living below the poverty line in the capital. The ones who can afford take holidays abroad, but for many families stuck in the city, a one-day trip to the nearest British resort village isn’t quite as easy as you’d assume.

A recent report by Family Holiday Association — a charity that helps families on low incomes struggling with issues such as severe illness, mental health or disability and bereavement — alongside Nottingham Civic Exchange looked at the value of breaks on ordinary working families.

The study revealed the negative impact on mental wellbeing for families who can’t take a break and the so-called “ticking clock” whereby parents recognise there is a limited time to give their children family holiday experiences and experience guilt if they aren’t able to.

In and around the city, there are top family attractions that are perfect for a memorable day out, however, entrance fees to these places are so expensive that they tend to be way beyond the means of many households.

While I recognise that commercial organisations need to make a profit, prioritising and practising corporate social responsibility would give many children who feel excluded a chance to benefit from enriching and beneficial activities.

Lay Walker, a teaching assistant and a single mum of three I spoke to, would have to pay £113 to take her children to the famous Madame Tussauds in London over the weekend. “I am really struggling to entertain my children this summer holiday. Everything is so expensive and overpriced. I get some deals from LittleBird but other than that I have to make do with parks and fountains,” she said.

A Saturday visit to the London Zoo in August will cost a family of four £94.50 just to enter the premises. Four tickets to enter Legoland in Windsor costs £240, Chessington World of Adventures £118 and the London Aquarium £137. Add food, travel or parking and low-income families would undoubtedly struggle. Mike Tims, another parent I spoke to and a dad from London, took his daughter to Legoland for the experience but the day turned out to be “shamelessly overpriced”.

According to Laurence Guinness, chief executive of The Childhood Trust, a charity that supports children severely disadvantaged by poverty: “The stark reality is that the cost of a simple day trip to a free location is often well beyond the means of families on a minimum wage income or dependent on universal credit. Visitor attractions such as Legoland, London Zoo, Madame Tussauds and Chessington World of Adventures are out of reach for families and children living in poverty as they simply don’t have enough money to be able to afford the travel costs, let alone the often high costs of entry and the steep markups on food and snacks inside the attractions.”

It really is a catch-22 for low-income families; they don’t have the means to pay for childcare while they work, and when they do have time off, they don’t have the money to engage in many activities. There’s also the added pressure of having less time for your children when attempting to hold down multiple jobs. According to The Childhood Trust, 50 per cent of children under 11 supported by their projects are left without adult supervision during the summer holidays, with 65 per cent “frightened of being attacked or exploited by gangs,” and half claiming a high threat of sexual exploitation compared to term time.

Considering the state of the British economy with rising needs for food banks — in the capital alone, over 3 million Londoners have incomes below what is required for a minimum standard of living — these expensive family attractions are another example of wealth inequality in our communities.

It’s easy to comfort ourselves saying that some children from disadvantaged backgrounds go on to create great lives for themselves inspired by their hardships, and that going to these costly attractions plays no role in a child’s development. Still, it doesn’t stop the levels of exclusion families are experiencing. Considering the majority of these firms make hefty profits, the least they could do is reassess the situation once business grows to the point where they can give back to those who need it.