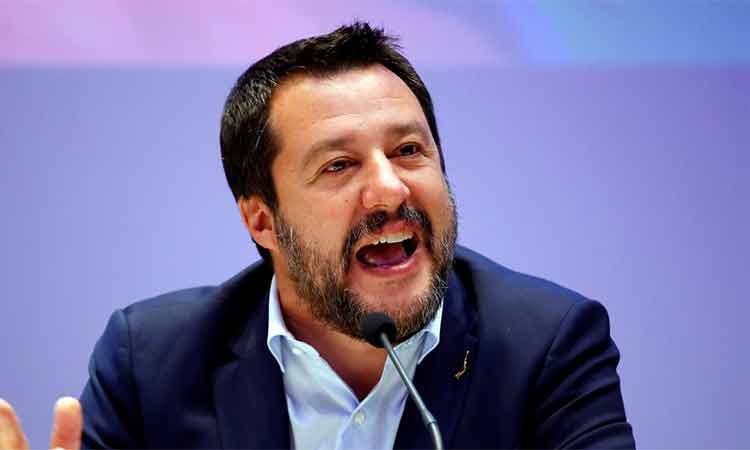 Once again, the Italian government is in crisis. Only 14 months after the coalition between the nationalist League and the 5 Star Movement (M5S) was formed, it is on the verge of collapse.

On Monday Matteo Salvini, leader of the League and deputy prime minister, issued a motion for a vote of no confidence in prime minister Giuseppe Conte’s government, likely spelling the end for the fractious populist coalition when the vote is held on 20 August.

In an attempt to break free from the largely ceremonial role awarded him, Conte is battling to wrest power from Salvini. Ultimately, the stability of the Italian government and Conte’s own future will depend on the prime minister’s ability to seize the helm and steady the ship.

In a move typical of his bullish style, Salvini is pushing hard for snap elections to capitalise on a peak in popularity. Italian media was awash last week with reports of the nationalist leader’s beach tour around Italy; a flurry of selfies with the grinning, topless deputy prime minister flooded Twitter.

Salvini’s populist act culminated with a DJing stint in what many have interpreted as an unofficial election campaign. Certainly, the images of Salvini dancing with women on the beach bring to mind the era of Silvio Berlusconi, when the media magnate’s electoral popularity was closely tied to the image he tried to cultivate of a “rock star” politician.  However, despite the apparently adoring welcome Salvini received on his beach tour and his party’s rise to around 39 per cent in the polls, the leader of the League does not have a majority in the Senate. Crucially, this means that his push for snap elections may still fail. Ultimately, it will fall to the president, Sergio Mattarella, to dissolve the government and call fresh elections.

In the meantime, however, Prime Minister Conte has written to the presidents of the Senate and the Chamber of Deputies offering to mediate in parliament on the ongoing crisis; this is Conte’s final opportunity to carve out a role for himself. After four months of deadlock and failure to reach a compromise between the League and the M5S, Conte was chosen as prime minister in June 2018 because he was a little-known law professor with no political experience.

The coalition leaders hoped for a neutral, passive figure who would not stand in the way of Salvini’s controversial moves in office, such as his tightening of migration controls and his provocation of the European Union. In little over a year, Salvini has succeeded in pulling Italy significantly to the right, dictating the government agenda with little resistance from Conte.

However, more recently Conte has attempted to act independently of the coalition partners, issuing an ultimatum to Salvini and Di Maio in June with a threat to resign as prime minister if differences were not resolved.

Salvini appears to have called the prime minister’s bluff, manufacturing a political crisis. In what looks like a desperate grab at power he never really held, Conte has now called for the “parliamentarisation” of the current crisis and reminded the parliament of his “supreme authority”.

Conte, meanwhile, has attacked Salvini, issuing a challenge to “show yourself in parliament and explain why you want a crisis: my government has been working, my government wasn’t on the beach”. With so much bad blood and mud-slinging, Italy’s political scene is more and more reminiscent of a playground.

With Salvini turning up the heat, the stability of Italy’s political system rests on Conte’s ability to assert his authority and quell Salvini’s populist, and popular, power once and for all. This could be Conte’s last chance to prove himself as anything other than a puppet prime minister.

There is much at stake. If Conte fails, and the prospects are not promising, the way would be open for Salvini to win a snap election with a majority, strengthening his mandate for his anti-migration and anti-EU agenda.