Hunger will rise if new immigration plan passed in US - GulfToday 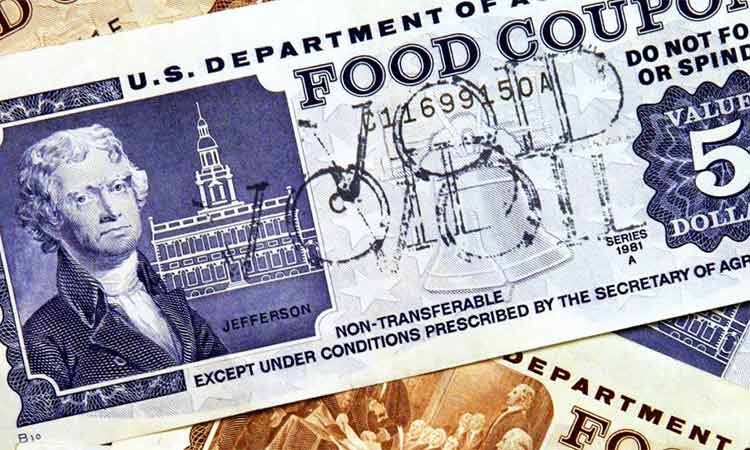 Having tried several times to cut the food stamp programme, President Donald Trump has hit on a plan that could accomplish that, while curtailing another object of his ire: immigration.

A new rule put into the Federal Register on Monday could limit the number of legal immigrants living in or entering the United States by penalizing those who depend on food stamps, among other public assistance. Low-income immigrants would be denied green cards (permanent legal status) if it’s determined they will be relying on the federal safety net.

In howls of protest more vitriolic than usual, advocates and experts across America and the region have attacked the new rule as a sure way to increase the number of people suffering from hunger in the US, many of them children who are already citizens.

“It is simply cruel to deny food and other life-saving aid to immigrant children who are in the country legally,” said Joel Berg, CEO of the New York-based nonprofit Hunger Free America. “It is equally cruel to deny food to their parents, who are legally in America and often performing the nation’s hardest, lowest-paid work. “It’s heartless.”

Kate Leone, chief government relations officer for Feeding America, the largest hunger-relief organization in the United States, said flatly that the rule “will increase hunger in this country,” and “create fear and confusion.”

Defending the policy, US Citizenship and Immigration Services acting Director Ken Cuccinelli said that it will promote “long-standing ideals,” such as accepting immigrants who exhibit “self-reliance, industriousness, and perseverance.”

On Tuesday, San Francisco and Santa Clara counties filed what the federal government said is the first lawsuit challenging the new rule. The suit argues that the change will worsen the health and well-being of residents. It would also result in a “chilling effect” causing immigrants to remove themselves from federal public assistance programs, potentially shifting costs to local government.

For more than a century, immigrants seeking to come to this country have had to prove they will not become a “public charge” — a poor person dependent on government help to survive.

But the Trump administration is dramatically expanding the conditions of the public charge test, and for the first time counting food stamps as a benefit programme whose usage would be seen as a mark against immigrants. Those who use subsidized housing would also be included as public charges under the new rule. Legal immigrants and their children have a right to apply for food stamps, now know as SNAP benefits for the Supplemental Nutrition Assistance Program, experts say. Having begun his administration with a proposed Muslim ban and continuing with separating children from families to dissuade foreigners from immigrating, Trump also has tried various times to curtail SNAP benefits.

Among other plans, he has proposed that people be sent food packages in lieu of the debit-like electronic cards they use to access SNAP benefits. Advocates have said the plan would cost more than SNAP and be impossible to carry out.

“Food is a human right,” he said. “Philabundance sees any barriers to food access as an immoral act.”

The administration’s new rule is subject to a two-month comment period before it can be officially used in weighing an immigrant’s application to live in the US.

What is often misstated about immigrants is that they come to America precisely to latch onto government giveaways, advocates say. “Most people who come here want to work,” said Kathy Fisher, policy director at the Greater Philadelphia Coalition Against Hunger and a SNAP expert. “And there already very strict requirements for those who receive benefits.”

Even people with green cards cannot begin to receive SNAP benefits until they’ve been in the US for five years, Fisher said. “The door to America is not wide open for people to grab benefits,” she added.

Fisher said she was unaware of any statistics that describe the number of legal immigrants who use SNAP benefits. Immigrants have been denying themselves benefits long before the new Trump rule was declared.

Low-income immigrant mothers are skipping the chance to get nutritious foods and help for their infants from the federal WIC program because they fear deportation, or the loss of their children, according to the agencies that distribute those benefits. WIC refers to the Special Supplemental Nutrition Program for Women, Infants and Children. And immigrant families are even staying away from food pantries because they’re afraid they’ll be detained, said Adele LaTourette, director of Hunger Free New Jersey, headquartered in Englewood.

“The level of fear has risen so dramatically, the chilling effect is people just don’t feel safe enough to enter an emergency pantry,” she said.

“Hunger will be increasing because of this rule,” she added. “It’s undeniable. It’s inevitable.”