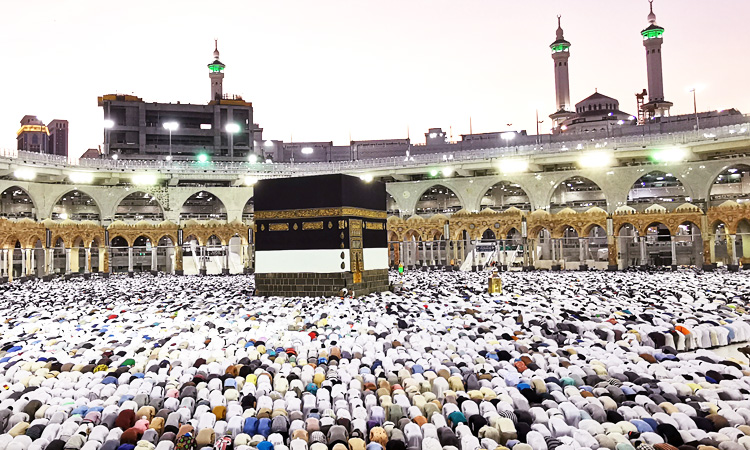 Hajj is the fifth pillar of Islam and the world’s largest annual gathering of Muslims.

This year, around 2.49 million pilgrims have arrived in Saudi Arabia, including about 1.86 million pilgrims from outside the Kingdom and 634,379 domestic pilgrims, of whom 67 per cent are non-Saudis, according to the Saudi General Authority for Statistics.

As tears flow and prayers fill the air, the blissful spiritual connection between man and God is shining bright in the Holy Land.

The faithful sincerely believe that on this day the gates of heaven are open, prayers are answered and past sins are forgiven. Hajjis are known to show increased belief in peace, equality and harmony.

The scale of the pilgrimage presents vast security and logistical challenges. Maintaining order among such a huge crowd of pilgrims is a gargantuan task and the Government of Saudi Arabia deserves all praise for making every possible effort to facilitate the easy performing of rites.

Twenty-five hospitals, 156 health centres and more than 30,000 health practitioners have been prepped to provide emergency services to pilgrims, according to state media and the Hajj ministry.

More than 5,600 hotels and apartment buildings in Makkah and Medina — with a capacity to host 2.7 million people — are said to be dedicated to pilgrims.

Besides, around 3,000 international flights have transported pilgrims to the kingdom, according to official figures. Some 25,000 buses have also brought the faithful to Makkah.

More than 13,000 telecommunication towers and more than 5,400 WiFi zones have been set up to serve pilgrims, as per the Hajj ministry.

As stated by Dr Mohammed Mattar Al Kaabi, Chairman of the General Authority of Islamic Affairs and Endowments, and Head of the UAE Official Hajj Mission, the gathering of more than two million Muslims at Saudi Arabia’s Mount Arafat on Arafat Day, the climax of the annual Hajj, delivers a good lesson and sets a clear example of tolerance, peaceful coexistence, cooperation, mutual respect, compassion and fraternity regardless of their cultural diversity and ethnicity.

Around 96 million pilgrims have attended the Hajj over the past 50 years, according to official figures.

As part of the programme, King Salman is also hosting 1,000 pilgrims who are relatives of Palestinian martyrs.

The Saudi authorities certainly deserve deep gratitude for enabling pilgrims from around the world to perform the Hajj rituals and for providing them with all comfort and support.

Saudi Arabia’s efforts during the current Hajj season certainly reflect its policy of promoting peace, tolerance and compassion, while pilgrims from around the world are visiting the country to perform the Hajj in an ideal environment.

This year it would be "open for nationals and residents of the kingdom, limited to 60,000 pilgrims," the Hajj Ministry said. The pilgrimage, scheduled to be held in July, would be limited to those who have been vaccinated and are aged 18-65 with no chronic illnesses, it said.