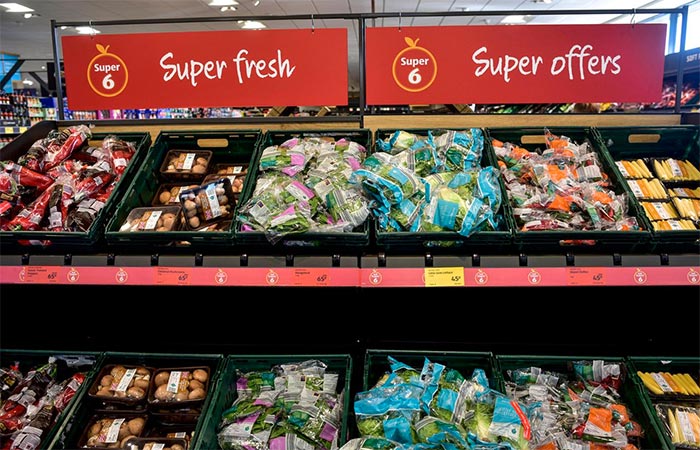 Fresh vegetables on sale in an Aldi store in London. Reuters

The dreams of Jean Monnet and Robert Schuman and the passionate will of Francois Mitterrand and Helmut Kohl combined to make a reality of the European ideal and create a community of 28 nation states. It was to be the largest economic bloc on the planet, 500 million of us committed to an ever closer union built on peace and prosperity.

All very big and grand and very well, but I am much more impressed by the story of a Spanish cherry tomato. Let’s call him Tomas. Sadly, we may well be seeing a little less of Tomas as no-deal Brexit hurtles towards us with all its capacity for logistical destruction.

Given the chaos that will engulf us come Halloween, it is no surprise that the food and retail sectors are begging the government to allow them to collude and organise themselves to face this self-inflicted national emergency, and to suspend the usual laws on competition for the duration of the crisis. It might help, but it wouldn’t solve anything.

Picked at close to peak perfection from the vine in Alicante, Tomas, like another 20 million tonnes per year of his compadres, an unbelievable volume – is trucked across the Pyrenees, all the way up the autoroutes through France to Calais.

There, Tomas is loaded onto a Channel Tunnel train en route to Folkestone, where he continues his trek to the supermarket distribution centre in Dartford, and from there heads to your local Co-op, Tesco Metro or Little Waitrose and, hopefully, performs a sweetly vital role in livening up your lunch. It all takes just a few days.

You can see how no-deal Brexit and titanic queues the Channel ports could crush the hopes of our plucky little Tomas and, as it happens, reduce him to mere passata.

Of course the British can live without Spanish cherry tomatoes, or any other cherry tomatoes. We’re not snowflakes, but, on the other hand, we should not underestimate the dependence we have on imports of fresh food from the EU – the stuff that cannot be stockpiled, even if our cold stores had the capacity, which they do not.

Spain alone accounts for a quarter of the fresh produce imported into the UK, including 32 per cent of all the vegetables and 20 per cent of all the fruit sold. Ireland, France, the Netherlands, Italy and others make up much of the rest; and do not neglect the bacon and sausages that comprise major components of the great British breakfast coming in from Denmark.

Of course in the longer run, prices and networks would adjust, and the British would discover new sources of food and drink. After all, the British had a long tradition, when a manufacturing superpower, of importing cheap food from far-flung corners of the Empire. Lamb and butter, from New Zealand, apples and oranges from South Africa, sugar and bananas from the West Indies, tea and coffee from India, Ceylon and East Africa, wheat from Canada and Australia.

Much of this trade still exists, and may be expanded. We might also find ourselves drinking more wine from Chile or California rather than France, and so on. Eventually the supply lines will heal over, for the simple reason that there is money to be made in moving and selling food and drink, even in a world of tariffs and non-tariff barriers.

However, notwithstanding the wonders of refrigerated shipping and air freight that can deliver fresh raspberries out of season from Kenya to your corner shop, geography counts for a great deal in trade, and it seems senseless to break so many of our well established and efficient sources of good nutritious tasty food just because we want to be outside the EU customs union. Plus it’s more green to buy more locally.

The sole benefit of leaving the customs union is to be able to make trade treaties independently with other countries, but the most lucrative ones – with the EU itself, the US, China and India – are with economic powers may times the size of the UK. Any marginal advantages some sectors would win would be far outweighed by the sacrifices that would have to be made, such as permitting chlorinated chicken, genetically modified crops and hormonally enhanced beef into our shops.

Personally I don’t have many qualms about eating this American stuff, as they seem to be just fine on it (albeit with a higher rate of food poisoning), but the British should be in no doubt that the Americans, and the others for that matter, will not be giving away access their vast markets without some concession in return.

The Americans will be only too happy to ship over tomatoes grown in Florida and California. I’m sure they’re delicious, but they may be genetically modified, or cultivated in ways that the British might disapprove of.

Or we can stick with Tomas the Cherry Tomato, who is no nursery story, but is a plucky example of a modern economic miracle. 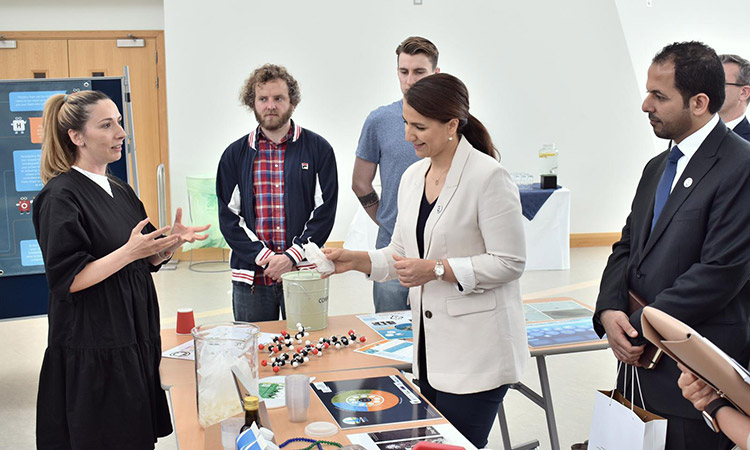 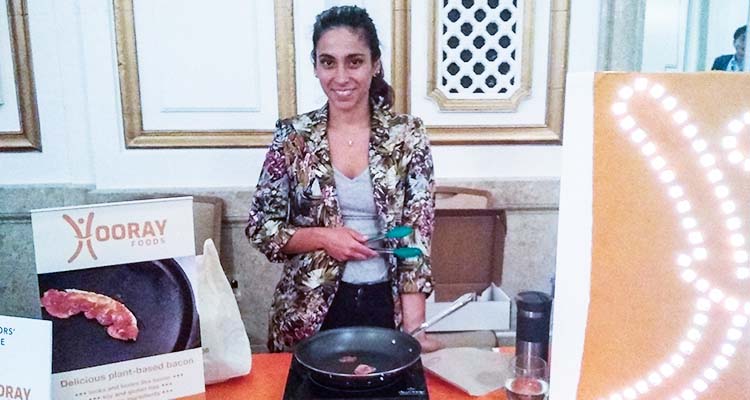