The days when Woodstock gave peace a chance - GulfToday

The days when Woodstock gave peace a chance 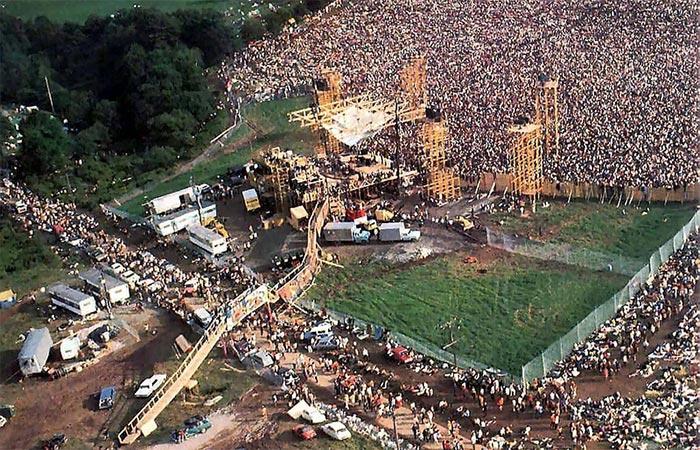 Fifty years ago, when I was 19, I got the assignment from the trade magazine Billboard to cover the Woodstock Festival because none of the older writers wanted to go. My review the following week rhapsodically began, “About 400,000 rock fans gave peace a chance Aug. 15-18, and it worked.”

My assessment of the effect of Woodstock on the music business is unchanged. The sheer size of the audience accelerated the growth of FM radio that played rock albums (then quaintly called “underground” stations), and the expansion of rock departments at record companies.

These trends dominated the business for the next quarter of a century. Among the musical milestones, Woodstock witnessed the second gig in front of an audience for the newly formed Crosby, Stills & Nash, introduced Santana to the East Coast, and expanded Sly and the Family Stone’s audience to include psychedelic rock fans.

Woodstock was billed as “three days of music and peace” to connect rock culture with the movement to end the war in Vietnam, but I remember very few references to the war. There were just enough signature moments to honor the “peace” billing including Country Joe and the Fish’s antiwar “Feel Like I’m Fixing to Die Rag” and Joan Baez’s presence as she sang, pregnant with the son of David Harris, who was in jail for resisting the draft.

Most of the crowd had left by the time Jimi Hendrix played his psychedelic version of “The Star-Spangled Banner” in the early morning hours at the end of the festival, but the song’s prominent role in the Woodstock movie released the following year represented an expansion of the definition of patriotism to millions of baby boomers.

Separate and apart from the war, the word “Woodstock” has become a stand-in for the wider counterculture of the late 1960s, and some aspects of the festival did have a utopian vibe. The promoters let hundreds of thousands of fans in free and in general they got along harmoniously with one another, and with the local police and townspeople. This created a euphoric feeling that I shared, that Woodstock was the best actualization to date of the values of counterculture.

Yet even at the time there was a sense that Woodstock was the end of something rather than a beginning. Two years earlier, the poets, radicals and musicians at the center of the Haight-Ashbury scene in San Francisco staged a “Death of Hippie” march to indicate that media exposure had replaced idealism with mere trendiness.

External symbols like long hair were drained of meaning, and tribal slang like “far out” and “groovy” were repurposed as punch lines in sit-coms. The ease by which scammers could pervert hippie jargon in the service of evil was made manifest by the Manson family murders a few weeks before Woodstock. The kind of “bad acid” pedaled at Woodstock contributed to bad vibes and violence at the Altamont Festival the following month.

Yet in the decades that followed a residue of the ‘60s counterculture permeated America. The modern environmental movement was started by ex-hippies on the first Earth Day in 1970. Many pioneers of Silicon Valley, including Steve Jobs, were inspired by psychedelics. Thousands of yoga places opened. Millions aspired to “mindfulness.” “Classic rock” shows no sign of disappearing.

I ended my Billboard review: “Woodstock was a celebration of joy which wiped out, at least temporarily, the persistent feelings of meaninglessness that permeate our culture. Questionable as a business venture, it was, at least, a moment of triumph for the better side of man, in a time when the devil seems so often to be winning.”

Neither great guitar solos, nor a few days of civility changed the world. Attempts re-create Woodstock have failed. However if one looks at the hippie idea as a spiritual movement, it is not surprising that the human race still is beset by fear, greed and violence given that neither major religions nor the Renaissance were able to eradicate those evils. I did say it was only a “moment,” but my memories of Santana, Johnny Winter, Hendrix and a dozen others still make me smile.