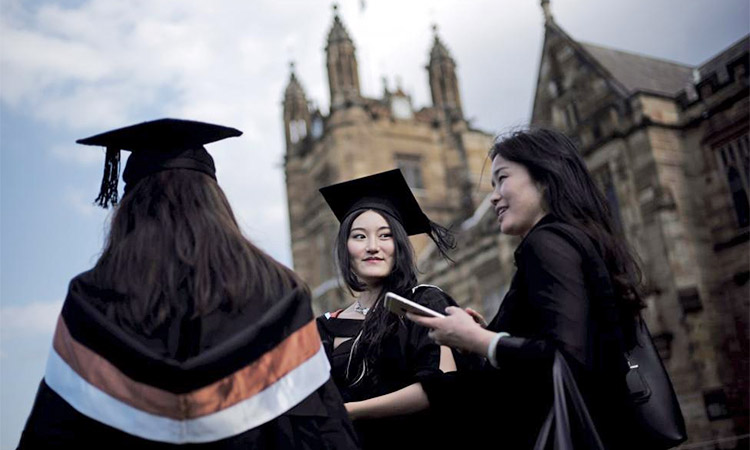 I’m an undocumented teacher who came to the United States with my family from Guadalajara, Mexico. I arrived at 9 months old and have since resided in Los Angeles. I grew up watching my parents give back to our community, cultivate relationships and work tirelessly as street vendors.

I attended public schools in the Los Angeles Unified School District, where my US history teacher, Dr. Daniel Alamo, inspired me to find empowerment through activism.

East LA, where I grew up, has a rich history of community advocacy. I felt proud to contribute to the legacies of resilience and cultural wealth. Despite our scarce resources, there was always solidarity, ingenuity and communal support.

I was distraught when I was wrongly informed by a high school counselor that undocumented students were ineligible to attend four-year institutions. But my mom ingrained in me her belief that education is indispensable. I sought alternatives and attended Pasadena City College, eventually transferred to UCLA and graduated with a bachelor’s in sociology and a master’s in education. Today, I am eligible to teach thanks to undocumented activists and their advocacy for the Deferred Action for Childhood Arrivals programme.

Advocating for equity taught me how historical legacies affect our self-image and our experiences in society. As an ethnic studies and world history teacher in a Los Angeles public school, I reframe deficit narratives, which have presented marginalised people as passive and ignored their contributions to history. I teach students about intersectional history and about valuing their own roots and recognising their power.

My pedagogy is intrinsically tied to my undocumented experience. As a student, I felt isolated, helpless and scared. So I work to break that cycle for my students by supplementing district resources and sponsoring clubs and events that address their needs and create space for their stories.

DACA was first threatened in my first year of teaching in 2017. I was honest with my students about possibly losing DACA and my job. We cried and mourned. I promised I’d continue to advocate for them and never abandon them.

Immediately, they began sharing their personal stories of being undocumented. Overwhelming anxiety resurfaced. They recalled fear when parents arrived late from work and the thought of losing them to deportation. Many students do not qualify for DACA and that haunts me. One student told me that there was no reason to excel in school because his status will always stand in the way of success. Students express desperation, knowing the vast economic, political and social instability that comes with undocumented adulthood. Although my experience shows that DACA recipients can succeed, the threats persist and they discourage students from pushing toward their potential.

After rescinding DACA in 2017, President Trump appeared to reach consensus with lawmakers to protect the programme, but abandoned that deal at the last minute. Instead, the Trump administration has heightened the climate of fear with raids and terrible conditions for detained immigrants. Three federal courts have since issued nationwide injunctions against the termination of DACA in response to several lawsuits, including one brought by the University of California. The Supreme Court will be reviewing those cases in the coming term. In the meantime, current DACA recipients can renew, but there is a moratorium on new applications.

Irreparable trauma and suffering would saturate our country if DACA were ended. The threat of potentially losing the little stability DACA provides has already rattled our communities. Despite our DACA status, many qualifying law-abiding immigrants, as well as citizens, are still targeted, arrested and kidnapped by Immigration and Customs Enforcement. Removing DACA doesn’t erase our existence. LA will always be my home, but without DACA it would be exponentially more difficult to provide for my son, serve my students and contribute to my country.

Many of my students dream of serving their communities by becoming teachers, doctors and professionals; under my guidance those dreams are attainable. The goals students create for themselves help them overcome enormous odds.

Some of my students, who recently fled violence and persecution in Central America or other designation, have shared with me their heart-wrenching journeys to our country and in our dehumanising immigration system. Still, they remain resilient and determined; immediately after being released from camps, they are focused on education.

By ending DACA, our government would systematically strip promising students of opportunities to attend higher education, obtain good jobs and contribute to our society, robbing them of their American dream.

Dismantling DACA would also exacerbate a worsening teacher shortage and further narrow the pool of teachers who are rigorously trained and eager to work in low-income communities of color.

A student told me that having a teacher with DACA status encouraged her to pursue higher education, graduate and make her community proud. Another described our class as safe and being “like a family because you have someone who has lived the same things as you, it was just so unbelievable and supportive.”

Teachers like me can be role models for all students, regardless of their legal status. We come from the same communities, uphold diversity and high expectations with the love and support students need to thrive. Losing DACA would violently disrupt our communities and shatter our hopes.

There are as many as 20,000 educators among the roughly 700,000 students and other DACA recipients whose jobs and security would be at risk if DACA isn’t preserved. This administration must end its policy of terrorizing immigrants who have come to our country seeking a better life for themselves and their families. Lawmakers need to pass humanistic immigration reform and end the chaos, suffering and fear. Let’s advocate for all our kids, welcome the numerous contributions of immigrants and save the DACA programme.