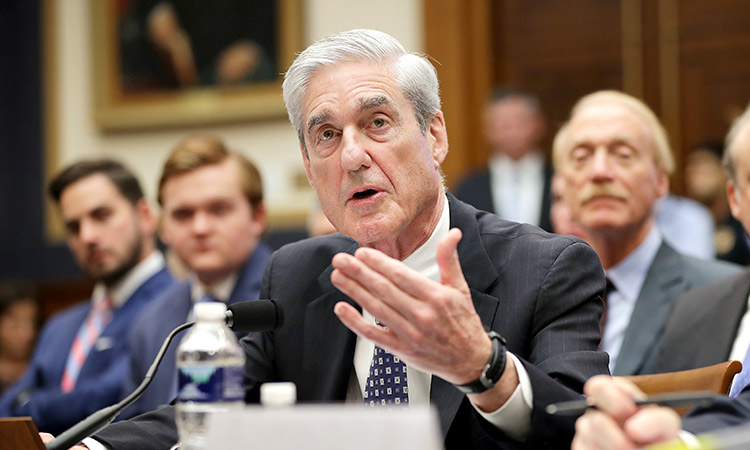 Wednesday’s congressional hearings with former special counsel Robert Mueller revealed no new facts, because Mueller predictably stuck to the contents of his report during his testimony. But that doesn’t mean his appearance was a waste of time.

For one thing, few Americans have had the time to study the 448-page Mueller report. So, in a way, Wednesday’s testimony served as a necessary education for the rest of us by providing details of Mueller’s investigation we hadn’t fully grasped before.

We were reminded that the report turned up damning evidence that Russia interfered in our elections to help candidate Donald Trump and that his campaign welcomed their assistance.

Mueller’s report counted more than 100 contacts between the campaign and Russian operatives.

And we also learned how President Trump obstructed the government’s probe into the Russian meddling.

Seeing Mueller confirm these troubling facts was an important service to the public.

What will matter even more, however, is how Congress responds to the hearings. Mueller’s testimony wasn’t just about weighing the case for impeachment: it was also about understanding the problems exposed by Mueller’s investigation, so that lawmakers can form a legislative response.

Although partisanship defined Mueller’s questioning before Congress, both parties should now ask how the wrongdoing that Mueller recounted can be prevented from happening again in the future.

The investigation has made clear there is an important job for legislators to take up. They should commit to bipartisan reforms aimed at securing elections, restoring the rule of law and preventing future abuses of presidential power.

For practically every offense Mueller uncovered in his investigation, there is a potential legislative remedy.

Take, for example, the numerous instances in the report of President Trump’s attempts to interfere with the fair administration of justice to serve his own corrupt purposes.

He asked his FBI director to shut down the investigation of former national security advisor Michael Flynn, saying, “I hope you can see your way clear to letting this go, to letting Flynn go. He is a good guy. I hope you can let this go.”

Each of these actions violated the Department of Justice’s independence — a norm that past presidents have generally recognized. Trump’s behavior has made clear that we can’t rely on such norms any longer.

We need the department’s independence to be codified.

One proposal already under discussion is the Security from Political Interference in Justice Act, which would require White House and Department of Justice staff to report their interactions with each other about specific cases or investigations to department watchdogs and Congress.

Logging such communications and subjecting them to review would help deter inappropriate contact between the two offices in the future.

Here’s another example of the kind of legislation the Mueller’s testimony made clear is needed.

His report described several occasions in which Trump dangled pardons that might influence witnesses to testify falsely or refuse to cooperate with Mueller’s investigation.

During the prosecution of former Trump campaign chairman Paul Manafort, Trump publicly and repeatedly praised Manafort and refused to rule out a pardon.

Trump also told his former lawyer Michael Cohen to “stay strong,” and Cohen discussed the possibility of a pardon with Trump’s personal counsel.

Presidents have wide discretion to grant pardons, with the Constitution broadly stating that they may do so “for offenses against the United States.” But there need to be limits, as the investigation makes clear.

Floating a pardon as a reward for not cooperating with an independent law enforcement probe is obviously corrupt, and not in keeping with the president’s job “to take care that the laws be faithfully executed.” Congress members should take Mueller’s testimony as a reminder they need to act.

The Abuse of the Pardon Prevention Act, introduced in 2018, would provide both houses with underlying investigative materials to conduct oversight if a pardon is corrupt or abusive. Congress should pass the law. These ideas are only part of what should be a broader set of bills to restore the rule of law and strengthen democratic institutions.

The House leadership declared recently it intends to pursue legislation to secure elections, which is another crucial issue. When asked during the hearings if he thought the Trump campaign had set a new standard for how campaigns will be run in the future, Mueller seemed disturbed. “I hope this is not the new normal,” he said, “but I fear it is.” Congress needs to ensure it is not.

The groundwork for strengthening our democracy has begun to be laid, and Mueller’s testimony on Wednesday only underscores the need for action.

Republicans and Democrats alike must now commit to comprehensive legislation that will ensure the abuses of presidential power uncovered by Mueller and his investigators never happen again. 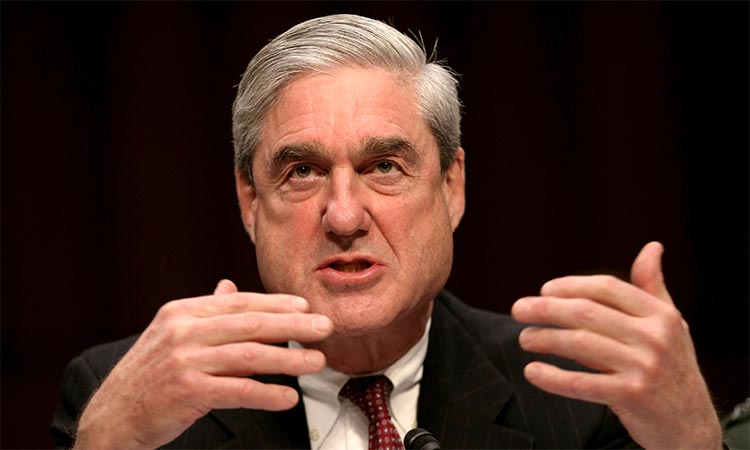 Mueller appearance to be a make-or-break moment for Dems

With Donald Trump’s impeachment as the prize that some Democrats covet, and others fear, Robert Mueller will finally sit down on Wednesday for five hours of questioning before two House committees. The reluctant witness won’t make it easy. So Democrats on the House Judiciary and Intelligence committees