Why Swinson’s no-confidence move against Boris will fail - GulfToday

Why Swinson’s no-confidence move against Boris will fail 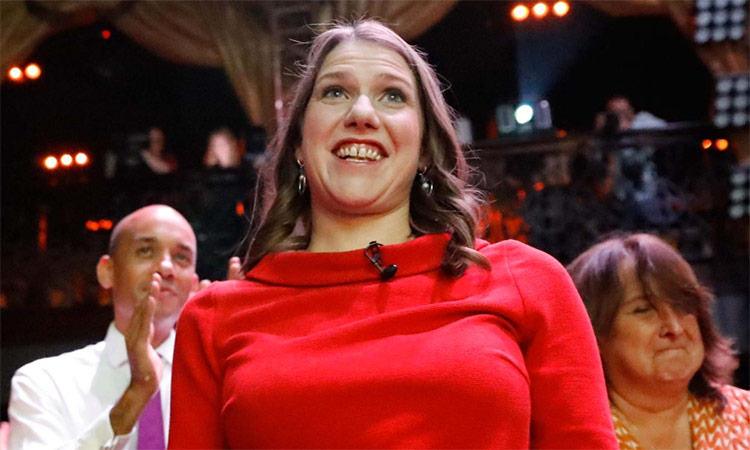 Full marks, then, to Jo Swinson for tabling her very own motion of no confidence in Her Majesty’s government. A few days into the job and she’s already taken a fine opportunity to build a bit of profile and make a name for herself among the voting public, most of whom are still very unfamiliar with her. As an alternative to going on I’m a Celebrity... Get Me Out of Here, Strictly or Bake Off, it has much to commend it.

It will fail, of course. Also a matter of a few days into his new job, Boris Johnson will make light work of it. He still commands a majority, with the DUP, in the Commons and not even the most BoJosceptic critic of his in the commons will vote against him at this stage. It will suit Mr Johnson just fine – the DUDE mantra will be repeated, a few jokes, and then off for a decent meal at his favourite Italian restaurant.

As usual, a vote of no confidence will bolster the position of the besieged leader, just as it did from time to time with Theresa May, John Major and Margaret Thatcher. Sometimes it gives them a boost, if they do well in the debate. Votes of no confidence tend to rally the governing party and remind them of their tribal loyalties. They are usually doomed. Only two succeeded in the last hundred years, the last in 1979 by the tiniest of margins.

Even if the vote was won through some misadventure, there would not automatically be a general election, as was the case in the old days, as under the (Liberal Democrat inspired) Fixed-term Parliaments Act 2011 there has to be a vote carrying two-thirds of Commons members in favour of holding such an election outside of a standard five-year cycle. This rule was designed to stop prime ministers cynically taking advantage of some temporary popularity or manipulated economic boom to win a general election at the most advantageous time.

Thus, as in 2017 when Theresa May wanted her snap election, the Labour Party would have to agree to have one, and the Conservatives too. Both parties would fear one right now, for obvious reasons – the Brexit mess and the resurgent Liberal Democrats have greatly confused the normal situation. The most likely outcome would be to let Nigel Farage and the Brexit Party into the Commons, and in a badly fractured political picture. Professor Sir John Curtice, the guru, predicts a “deeply hung parliament” – as four or five party politics throws up eccentric results in many constituencies under first-past-the-post. Mr Corbyn and Mr Johnson would both be even further away from governing on their own than they are today; Ms Swinson could do very well.

If the two-thirds vote for a new election is not won, then the leader of the opposition, in effect, has a fortnight to form his own government, so a Labour minority administration with possible support from the SNP, Plaid, the Green MP and Liberal Democrats. That might prove even less strong and stable than the Johnson one. If that attempt fails and another vote of confidence (i.e. in the Corbyn government) is lost then there must be an election.

All very far-fetched, even now. The main point of the Swinson move, apart from publicity, is to embarrass Jeremy Corbyn, who has threatened the Tories with a vote of no confidence for so long but, now, has run away. In the autumn, however, the dynamics of a failing Brexit and a chaotic Johnson administration heading for a crash out of the EU could change the situation radically – as would more losses of Tory seats via defections or by-elections. Ms Swinson may yet force the Tories out, but not this week.