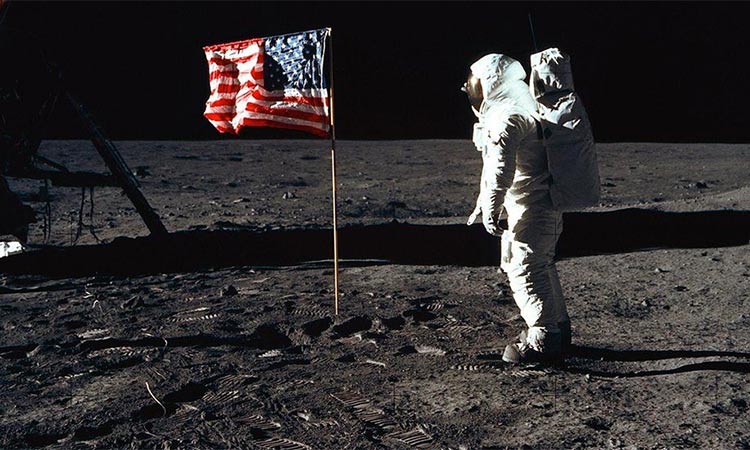 Half a century has passed since Nasa launched its spectacular missions to the Moon, broadcasting the first of its six to millions around the world in 1969. But since then, conspiracy theorists have poured endlessly over the footage, photography and details around the expeditions, claiming they never took place at all. And this phenomenon has become more widely-believed in recent years; a 2019 YouGov poll found that one in six British people agreed with the statement: “The moon landings were staged.”

Hoax claims first gained traction in 1976 when German-American writer Bill Kaysing self-published a book entitled, We Never Went to the Moon: America’s Thirty Billion Dollar Swindle, in which he stated that there was only a 0.0017 per cent chance scientists could plot a safe moon landing, and that the Apollo 11 craft could not have withstood the intense heat of the Van Allen radiation belt (a giant area of magnetically trapped, highly energetic charged particles that surround the Earth) as it was fired into space.

Kaysing also claimed that after the craf blasted off into orbit, it simply waited up there, circling the planet for hours, whilst the rest of the world watched scenes that were painstakingly crafted in a television studio in Area 51. He also points to photos of the astronauts during an interview on their return, arguing that had they really gone to space, they’d look more “excited”.

It’s worth considering how Kaysing’s moon landing theories have spread so rapidly in an age before the internet, and how this widely-believed phenomenon has come to influence the 21st century concept of fake news and the right-wing agenda.

When Kaysing published his controversial book, American faith in the government was at an all-time low. In 1969, classified government documents known as the Pentagon Papers were leaked to the New York Times and proved that President Lyndon Johnson had knowingly misled the US public into believing the government had a political mandate to engage in the Vietnam War. Then the Watergate political scandal from 1972-1974, led to the resignation of president Nixon and further eroded public faith in the US government. And all this occurred during the height of the Cold War, in which the US and the Soviets invested heavily in media propaganda to position themselves as global superpowers. The “space race” between the two nations was a competition to see who owned the best technology and would therefore be first to walk on the Moon.

Moon landing denial continues to permeate popular discourse, but these theories are now increasingly linked to far-right ideologies. In 2001, Fox News aired a documentary called Did We Land on the Moon?. And in 2018, the University of Cambridge released the findings of the largest ever cross-national study conducted on conspiracy theories, and found a direct correlation between conspiracy theories and populist politics.

Voting for Brexit and Trump was found to be associated with a wide range of conspiratorial beliefs, with researchers uncovering that these groups are more likely to believe climate change is a hoax, vaccines are harmful, and that illuminati-style groups rule the world. They also found that 33 percent of British and French people believe their governments are obscuring the truth about immigration and that many also supported a theory known as “the great replacement” which posits that Muslim immigration is part of a plan to make Muslims the global majority.

In 2018, US basketball player Steph Curry revealed that he lacked faith in the likelihood of the moon landings being real. His comments sparked a media backlash and resulted in a request from Nasa astronaut Scott Kelly to “DM him” to discuss. The two ended up meeting and recording their conversation for a podcast, and Curry apologised to Kelly for doubting the missions. The astronaut accepted the apology but stressed that giving weight to unsubstantiated conspiracy theories can have dangerous, societal consequences. “What happens is, then, when people believe those things, they believe the other things that are more important, like climate change not being real, and vaccines [causing autism], and 9/11 being a government conspiracy theory” Kelly commented. The legacy of the moon landings extends far beyond proven technological advances and scientific progress – it has also birthed a whole host of non-believers and right-wing thinkers whose distrust and suspicion of government forces continues to shape our social and political landscape to this day.

As is the case with the Holocaust and the Second World War, as time passes, truth and fact often become distorted and replaced with myth and alternative stories to support new, disruptive thought. There’s a damning amount of evidence that proves that the moon landings actually happened (including this cool video which shows how Nasa store their moon rocks), but it’s up to us to perpetuate facts and logic in order to overshadow harmful, agenda-driven theories. 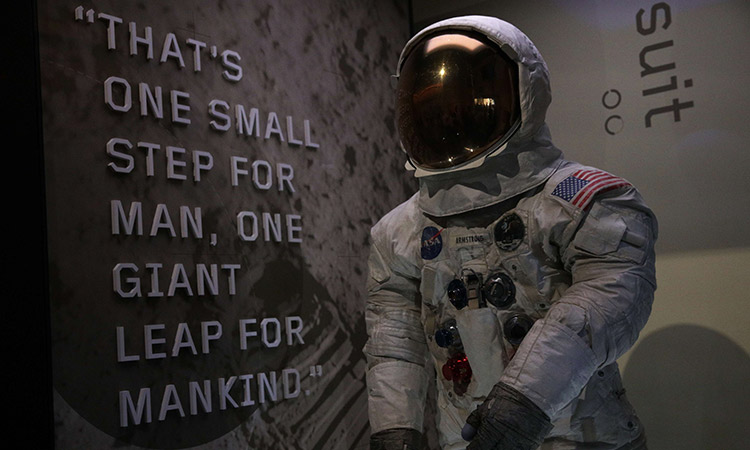 50 years ago, humanity's first steps on another world

Fifty years ago, American astronauts Neil Armstrong and Buzz Aldrin became the first humans in history to set foot on the moon, an event watched on television by half a billion people.