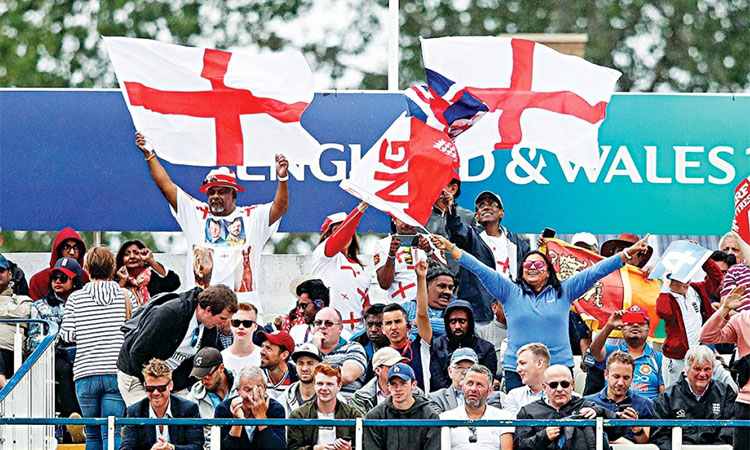 England fans celebrate as their side sealed a spot in the World Cup final after 27 years. Reuters

Though heavyweights India and Australia are out of contention, there is much to look forward to as England square up against New Zealand at Lord’s (‘Morgan wants England to relish pressure of World Cup final,’ July 13, Gulf Today).

We will have a new champion as neither of the finalists have ever won the title. The host’s last entry into the finals was in 1992, but that was in Melbourne. This time around its in their backyard which means they enjoy home advantage.

Though England struggled in the group stages, I feel the robust top order consisting of in-form Jason Roy, Jonny Bairstow and Joe Root should keep the hosts on a strong wicket for victory. If anything Roy’s 65-ball 85 in the last tie should stress the Kiwis.

But Kane Williamson’s men can’t be underestimated and they proved so by their demolition of mighty India in the semis. Ross Taylor and the host of seam and swing bowlers could also make it a day to remember. All said and done it will be good to see a new name on the trophy.